About a month ago, probably late Feb. 2020. I recently upgraded to Windows 10 OS from Windows 7 on a HP Pavillion P6774Y. I hadn't been using the box until we were required to work from home due to the COVID19 crisis. Yesterday, March 27, 2020, during the middle of the day, the wifi signal dropped. As ran the trouble shooter in Windows, it said I did not have a connection to the Internet. Baffled, I continued searching only to find my system did not even recognize the WiFi controller.  Searching the Internet, suggestions were to enter Command Prompt as administrator from Task Manager and run the Net command, 'netcfg -d' which basically resets all wireless devices. To no avail. I did the Net command several times, restarted several times, with no change in the symptom. I opened the case to visually locate the wifi chip, HP P/N 588551-001 RT3090 WN6602RH-H1-1A. Today I found a similar symptom reported back on 2017 for another user's machine, whom he too upgraded to Win 10 OS on 64-bit machine. Oddly enough, attached to that incident entry, two recent users, March 2020, have attached their 'me too' experiences. That incident entry was titled: "Wireless adapter stopped working after update , HP P6620f desktop win 7 64 bit" and responded to by HP rep, MKAZI. 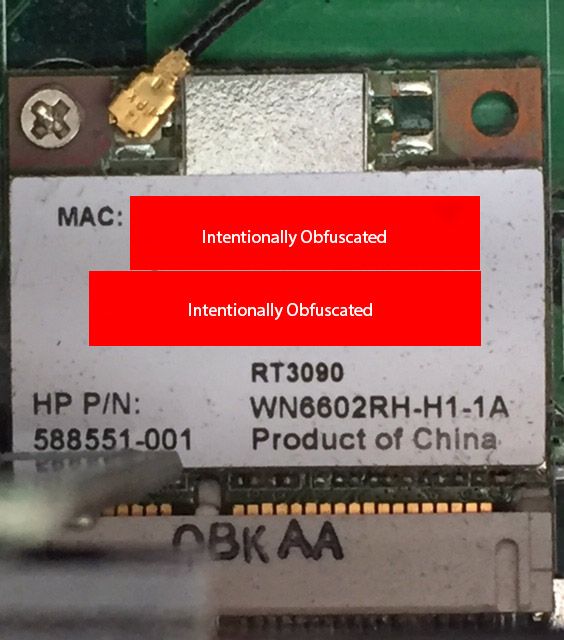 In that entry, the HP rep, MKAZI,  suggests to download the driver, sp46490.exe, found at this link;

As of this typing, I have not loaded the driver to confirm it works, as I am reporting this from my Mac laptop. I'll report back to verify if that particular driver is a solution.