First off, I will say that the main battery I am using is not an HP OEM battery, however, it has been verfied to work and charge correctly in another family member's dv6 notebook.  Furthermore, I have access to an HP OEM battery, from a family member's dv6, with which I have confirmed the same issue.  FYI: I replaced my OEM battery about a year ago with an aftermarket battery when my OEM battery stopped holding a charge.  This happened after before my laptop was 2 years old.

So, here's a description of the problem.  About a month ago, even though my laptop was plugged in to the AC adapter, the battery stopped charging.  The laptop continued to work until the battery completely ran out of charge.  Once that happened, the laptop shut down, DESPITE still being connected to the AC adapter.  At this point, as long as the battery was installed in my laptop, with the AC adapter still connected, it would not power up.  The only way I could get it to power up was to remove the battery.  Then, it would boot up just fine, but of course, I was now tethered via the AC cord, turning my laptop into a "thin and light desktop".  If I attempted to put the battery back while the computer was on, connected to the AC adapter, it would shut down IMMEDIATELY.  I took the battery and plugged it into my family member's dv6, at which point it charged just fine and worked normally.  I then took the charged battery and put it back into my laptop only to have the same sequence of events repeat, i.e. laptop ran off of the battery despite the AC adapter being plugged in until it ran out of charge...had to remove battery to get laptop to start back up.  I have also confirmed the exact same behavior with the HP OEM battery out of my family member's dv6.  So, in a nutshell, it would appear as though my laptop has lost the ability to charge batteries and cannot resolve the fact that the AC adapter is plugged in when a dead battery is installed.

Is there a separate charging circuit inside the dv6 for charging the battery?  Is it separate from the motherboard and possible to replace?  I've done quite a bit of research on this issue (or very similar issues) and despite some suggestions RE: BIOS issues, I just can't see how that could be the culprit.  Nor can I see how "re-calibrating" my battery would address this problem.  Note: battery does register at 100% when charged in the other dv6 and put back into my dv6.

Ok, I hope that clearly explains the issue.  Please let me know if I can provide any further details to help troubleshoot it.

Okay, so the type of battery you have is designed to last approximately 1 year (see link below) it has lots of links to other useful docs too.

HP & other companies do sell Long life batteries but they cost more.

We would ask you to put the unit in our unit and run Battery check which is inside HP Support Assistant, make sure you have the latest version, same for your BIOS Version.

You will see there are bunch of tips on how to make your battery last longer, but you really need to start doing them from the start, if your battery is already 1 year old there is a good chance it is low enough on it's capacity to require you buying a new one.

You should check out our site, they often have sales, and Batteries would be under accessories.

Check out other sites too, compare.

I am an HP employee
Knowledge is power...Power to the people
1 Kudo
Highlighted

While I appreciate the reply, I must ask, did you even read my entire post?  I don't see at all how the length of the life of the battery in question has ANYTHING to do with the issue I described.  Again, please note how I stated that both the battery I purchased, and my Mom's OEM HP battery BOTH WORK AND CHARGE FINE IN HER DV6 NOTEBOOK.  Since the batteries are functioning properly in another DV6 notebook AND work just fine in mine (even though they aren't charging), I fail to see how they could be the root cause of this issue.  Perhaps you could explain that?  Regardless, since my original post, I purchased a new (non-OEM) battery.  As expected, this battery worked in my laptop in the exact fashion as the others, i.e. it ran my laptop, without charging properly, until the battery was low enough for my computer to shut-down.  Now, my laptop can't boot at all with this battery installed.  Also as expected, this battery works and charges just fine in my Mom's DV6 laptop.

With regards to your question about HP Support Assistant and my BIOS, I have confirmed that both are the latest versions. As for the battery check, I did run that and it said the battery was "OK".   I don't have a copy of the full printout, but when I read it, the terminal voltages where all within spec, including the individual cells.  Also, I did try re-installing the MS ACPI battery driver, but that had no impact on the problem.

Any chance this has been solved. I have a DV6-3240ca with the same problem. Laptop runs on charger, but will not charge the battery. Diagnostics and bios  all check out and show battery as good. Laptop will run and start with or without battery. I've substituted chargers and with no change in operation. 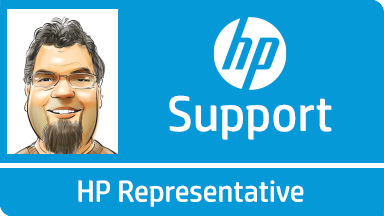 Sorry to hear about your battery issue. If the battery passes the hardware check there are a couple of other things to try. The Microsoft ACPI-Compliant Control Method Battery is basically the driver that communicates between the computer and the battery. There is a chance that it is corrupted. It is reading the battery level wrong, so the computer thinks the battery level is higher then what is actually is, so when it runs out of juice it shuts down.

Step 1. Go to Device Manager
Step 2. Select Batteries
Step 3. Right click the "Microsoft ACPI-Compliant Control Method Battery" that is listed there
Step 4. Click Uninstall
Step 5. At the prompt put a check in the box to remove the current driver
Step 6. Restart your computer

Do the same thing with Microsoft ACPI-Compliant Embedded Controller.

I have had this problem as well on the Pavilion dv6, PC plugged in, battery doesn't charge, stays at 4%....

I have a new battery that was shipped out and it was still doing the same thing so I know it's not the battery but I resolved this by doing the following:

Hope this helps someone cause there is alot of advise but none seem to resolve my issue until I applied this fix in this order.

Thanks for your reply Michka. I believe I have already tried updating the BIOS to no avail, however, I will re-attempt this to be sure. Although I think I can still do what you're suggesting, I just want to re-iterate the problem I'm having. Currently, I am able to power my laptop in 1 of 2 ways:

1.) I can run it off of a battery that was charged via another AC adapter and laptop.

2.) I can run it off the AC adapter with the battery removed.

I will let you know if your suggested fix works. At this point, I've already written this laptop off and have purchased a new Lenovo.

Were you able to resolve this or come to any conslusion? Thank you so much for being so detailed and descriptive in your posts, it makes the troubleshooting process so much more effective.

I'm having the exact same issue as you are and CAN'T seem to find any information about what to do or how to fix this. I'm not looking to replace my laptop just yet. What can you tell me? I'm also happy to message you through gchat rather than posting here, if you'd like. Thanks!

Any chance this was fixed yet?

I'm having the exact same problem on my Probook 4530s.

HP Recommended
Same problem with my pavillion dv6-c45sb lol 😞 using a 90 watt universal charger makes the indicator led glow very weak without a battery, when battery is plugged in just no reaction at universal charger. But my original charger was 120 watt. Bought a new one wich will be delivered tomorrow i hope. Thumbs up 😛
0 Kudos