I have a 17 series Envy laptop (presumably a 2014 model) with TouchSmart technology, updated to Windows 10 from Windows 8.1. When I check the information about my laptop in Settings, it says my laptop has "pen and touch support with 10 touch points." However, none of the pens I have tried on it work, and I have yet to find any specific information on what active pen would work with it.

I have tested the HP Active Pen that came with my HP Envy Note 8, but it did not register with my laptop's screen. My laptop also didn't work with the Dell Active Pen, which, even though it says it is for the Dell Venue 8 and 11 Pro, I have seen it used with the HP Spectre x360. Strangely though, my laptop registers a left-click when I lightly press the Dell Active Pen on my laptop's trackpad.

All the pages I have read on this topic refer to using a capacitive pen instead of an active pen/stylus, but that is not a viable option for me. I would rather use my fingers to for the simple touch support. I want to know for sure whether my laptop truly supports active pens or not.

For reference, here is a link of my Envy's model on Amazon.com (albeit, with different hardware [like a 12gb hard drive to my 16gb, but that should not make a difference when it comes to displays]):

From all the research I have done I have come to a few conclusions:

-Maybe my computer saying it has pen support is a mistake caused by upgrading to Windows 10. The newest 17 series Envy only has touch support, so maybe all previous ones were only touch support as well? But that makes little sense since Pavillion laptops have had plenty of older models with pen support.

-I might have tried pens for the wrong digitizer. This laptop might have a synaptics digitizer, but I have no way of confirming that.

-This model of laptop might have been planned to have a specialized pen, but never got one.

-There might be a pairing process for laptops and active pens that I don't know of.

If it can be answered, here is what I want to know:

Does my model actually have pen support? If so, what digitizer is my laptop using (so I can know what pen to get for it)? And is there a pairing process for notebooks and pens that I am unaware of? 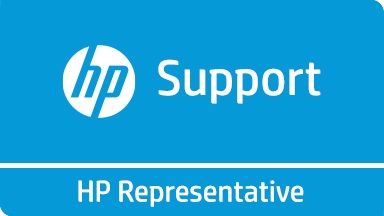 Thank you for posting on the HP Forums!

I cannot find any discrete information suggesting that your HP Envy TS 17 Notebook has any specific compatible pen.

As far as pairing a pen with the HP notebook, press the tip against the screen.

There is not a pen troubleshooting document for this notebook but the touch screen document may help you out.

Be sure to post back with what you find!

Please click “Accept as Solution ” if you feel my post solved your issue, it will help others find the solution.
Click the “Kudos, Thumbs Up" on the bottom to say “Thanks” for helping.:smileyhappy: