Has anyone tried to update to Windows 10 Anniversary update? It's not listed by HP as supported (http://support.hp.com/us-en/document/c05195282), though it's a NEW model. I tried it once before, and that created issues with the HP Recovery Manager, and I reverted back.

A few days ago, I got a BIOS update with the "Anniversary Update Comapatibility fix", however HP is yet to update their compatibility list. The incompetent phone support is again proved worthless as they don't seem to have any idea :smileyfrustrated:.

I don't want to go through with all the hassle of updating and downgrading again, so I'd like to know if anyone has successfully got the anniversary update. 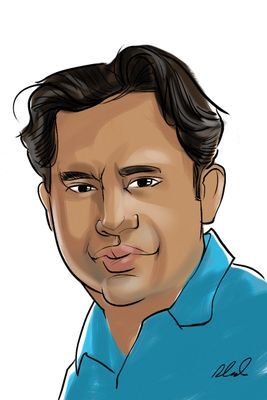 Please go through this document and see if that helps :

If this doesnt help, then urfortunately we will have it wait till HP tests and releases for this MODEL.

Hope this helps, for any further queries reply to the post and feel free to join us again

Make it easier for other people to find solutions by marking a Reply 'Accept as Solution' if it solves your problem.

I am not an HP Employee

I manually installed Anniversary Update on my Spectre 13-w000 after I noticed the appearance in October of some HP updates that referenced adding compatibility for Anniversary Update. No performance problems, but I noticed in Disk Management a couple of large (~9gb) RAW partitions chewing up space on my SSD. Not 100% sure if they were there before AU was installed. I'll test the HP Recovery Manager and if any issues, install the referenced SP. I'm inclined to leave the RAW partitions alone for several months in case something is broken that is to be fixed by MS or HP. If after three months performance remains smooth I'll delete them and reclaim the space (they are adjacent to the "right" of my partition in use as my C volume).

Update: New BIOS update for my Kaby Lake Spectre today!. During the installation wizard, I note the option to allow for the creation of a BIOS recovery partition of approximately 8gb. I selected yes for this. After sucessful BIOS update, I open Disk Management and I gained yet another 8gb RAW partition (now I have three). I realize a few things: The BIOS update Wizard is creating the aforementioned RAW partitions, and (sigh) does not remove them after a sucessful update. Maybe the idea is to keep the BIOS recovery partition (it's not named as such, BTW) around in case the sucessful BIOS update results in a malfunctioning computer. In any event, each of the three (two created by earlier BIOS updates, I expect) is to the "right" of my C volume in Disk Management. So, starting with the first RAW partition to the immediate right of C volume, I delete the RAW partition and then extend C volume to the now unallocated page. Repeated for the remaining two RAW partitions. So far, so good. And I recovered 24gb of SSD storage.

Update your BIOS to latest version first and after Update to Windows Anniversary Update. I did it on my machine and it works perfectly fine. I have the Same Machine the 13 inch HP Spectre x360 with kabylake 16gb ram and 512 ssd if that helps.

I installed AU after I installed the October BIOS update (amongst other driver updates in October), all which referenced support for AU.

HP Recommended
Thanks for sharing your experience. Can you please confirm whether the HP Recovery Environment works properly?
0 Kudos

HP Recommended
Inhave not needed to try that out as of yet since everything has worked great but it does create a partition on your ssd.
0 Kudos

HP Recommended
If you go the HP Recovery Manager application you can see whether it's broken or not. In my case it got grayed out.
0 Kudos

Not sure if it is the exact same issue you are facing but my HP Recovery Manager's option for Reinstalling drivers and windows recovery environment is Disabled saying recovery manager doesn't suppor tthis feature after Windows upgraded.  I thought the anniversary edition is an update, not an upgrade.  I didn't check if those options were enabled before I did the update.  Every other option is available under REcovery Manger. Same machine as yours I think.  i7 kaby lake 16GB Ram 512GB SSD from best buy.

What is interesting is that I had to return the 1st laptop I bought and on that laptop, the anniversary edition update shortcut was actually on my desktop when I did all the new computer setup steps.  So I was a bit surprised when this new one didn't have the short cut and windows update wouldn't trigger the update.  So I manually updated.