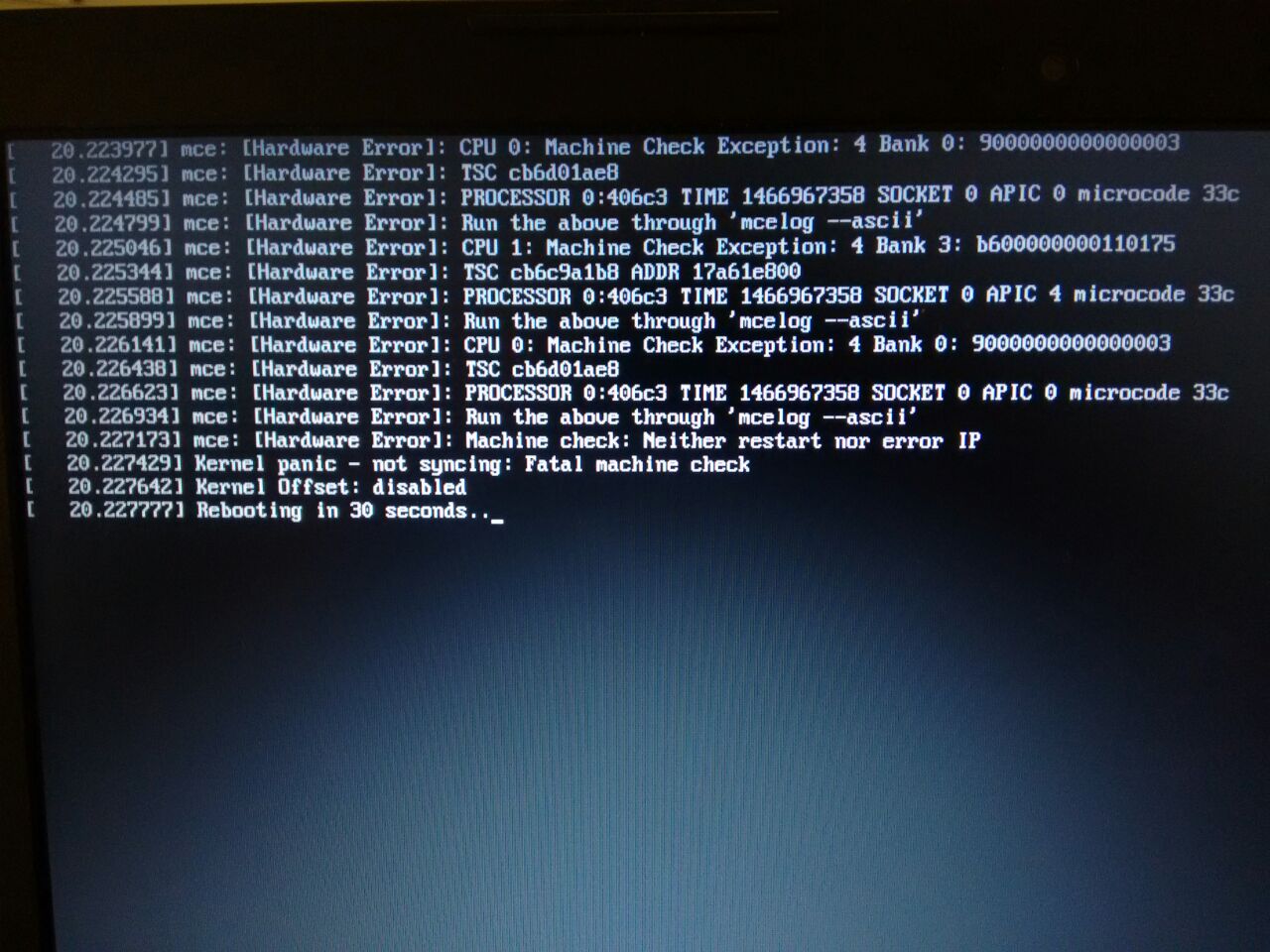 I'm a bit worried about my laptop, there's like a month and a half since i bought it and i hadn't have a problem
It's an HP 240 G4, it's powered by:
Intel Celeron N3050 1.60Ghz, 2GB of DDR3 RAM, and a 500GB HDD
It's a pretty basic laptop but it had been working fine, i have to mention that it's an used laptop, i don't have a warranty
But since all the time i have been using it ( a month and a half) it had been working properlly, so i don't think it came with any problems or at least they hadn't shown
Two weeks ago i bought a stick of 4GB of ram, since this laptop has only one slot i had to remove the one stick of 2gb that came with the laptop, Both ram are equals on voltage and bus frequence, so it was running excellent
After two weeks from then, it suddenly started to give blue screen problem, blue screen says:
whea uncorrectable error 0x00000124
and laptop rebooted, sometimes it also shows flickering lines of colores, they even appear don't letting to show the blue screen and reboots
Sometimes i can use laptop for about 5 minutes, other times i can use it for 2 hours or more, and some other times it doesn't even finish booting
but it seems like it becomes more persistent every time
I tried by changing ram to the original (2GB) stick, resetting BIOS battery and nothing..
i don't think it's hard drive nor operative system problem,
I tried to install Windows 7 from USB and before getting to the partition selection section, blue screen (with old windows 7 format) appeared with same Error
I mean, it wasn't working from the hard drive but the booteable USB and still happened
I did another test by trying too boot ubuntu from USB and going with the option for trying it, not installing it, i tried this with and without hard drive connected and the messages from the image appeared, in fact i put the same usb in other laptop to see if something when wrong when making ubuntu booteable and it worked fine on the other laptop.

I hope i can do somthing, and thanks for your help