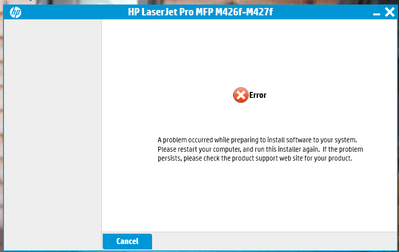 I did and it was pretty painful as it is not clear which of the two drivers listed is the one I really need. So I chose the smaller one with no installer, followed the directions as best I could and finally got it installed but it did not work. I already had the printer working wireless on a windows 7 (now 10) PC so when I did the install on the XP machine it was difficult to configure the printer install as it never did actually find the printer. It ended up spooling print jobs but they would never print/complete and it would consume the most of the CPU forever. Then I tried to delete the printer so I could actually use the computer and it would say deleting but never complete the removal from the system. I finally stopped the spooler service - manually deleted the print jobs from the disk and the printer was finally deleted.

So now I tried installing again but this time with the printer connected with an ethernet cable. Success - I can now print.
But now I also need to scan and I see no means to do this. What do I need to do to get the Scanning to work?
0 Kudos

please use the full solution driver which is include the scan driver in HP.com,  also the bigger one, not the smaller.