I used to be able to scan via my HP Color Laserjet CM1312nfi MFP.  but since installing Windows 10, i can no longer scan.  I  have tried reinstalling the driver and installing the HP Scan and Capture app, but to no avail.  the HP Support Assistant is useless for this and I can't figure out how to install the HP Printer Support app. 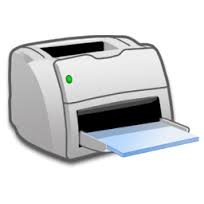 Its surprising but there actually is a full software solution from HP on this printer model.  I would have thought they would have deemed this one too old to support.

Try the print and scan doctor from HP and see if you can learn any more information.  It would also be helpful if you could attach any error messages or warnings you recieve when trying to scan.

Hi, I downloaded the HP print and scan doctor, but it didn't help.  Here is the error:

"This tool was unable to resolve the problem, even after restart.  Go to HP Customer Care for help resolving this issue."

I also can no longer find a scanning app on my computer, I don't recall what the  name of it was.  I downloaded the HP Scan and Capture app, but it doesn't recognize my printer.

I am having the same issue. I went from Windows 7 (which didn't like scanning for this printer) to Windows 10. I only upgraded thinking that maybe there was a fix for the issue that I had to get myself for Windows 7. The fix for windows 7 ended up being a shortcut to my printer and in the "right click" there was a scan option. A minimal one but at least there was the option.

Now with Windows 10 it's not there. The HP Doctor is not fixing it, the Utility Center doesn't find it, the driver says make sure to plug in the USB and I do and then it is as if the USB is not plugged in so I can't install the new driver. The Scan and Capture says there is no device avialable.

This is very frustrating and has been an issue since Windows 7. HELP HP! What's the deal with this? Why does scan keep disappearing! There are several posts in your forum asking this question with no responses!

Uninstall and reinstall with the latest full software solution from HPs downloads and driver page on http://support.hp.com.

Printer software hardly ever survives an upgrade from one OS to another.  You almost always have to uninstall and reinstall with the new version of HP scanning software if one is available.

While HP may not be providing an actual HP scanning app they should be providing you with scan drivers.  If so then you can use 3rd party scanning applications such as MS word, paint or Adobe products to scan images from your 1312.

While installing the new software be sure to keep the Device Manager open.  Observe if there are any unknown or incompleted hardware objects and guide them to the driver files that you downloaded from HP.  This will help you complete the hardware connections that HPs installation wizard may not be able to complete on its own.  The rest is a matter of finding the right scanning application and setting it up to use the 1312.

I deleted my printer and reinstalled allowing the install software to find the driver. Then  I went to the HP site and tried to download the latest driver.  However, at the 96% mark, it showed an error, "Fater error during installation".

It then driected me to a file that it left on my desktop:  HP Install error - Vista.  This  document told me to look for Windows updates,  which I did and my computer is already up to date.   Then reboot, which I did. Now it is telling me to download the driver software again.  Really???

I tried to use the Windows Fax and Scan software but it cannot find my printer.

If there is no solution, I want to unistall Windows 10.  This is crap!

Hi, did you find a solution?  I am having NO success.

Having a similar issue.  Have made some progress.

Scanner not working in Win 10.  Was doing just fine in Win 7.

That's as far as I've gotten.  So yes, I can scan now, but no, it's not smooth and quick like it was.

I suspect the firmware tried to install itself on the phantom machine, rather than the real one, or something like that.

Good notes, thanks for sharing.

If there is registry corruption then it should be safe to uninstall the scanning software, reboot and manually clean the registry.  HP has utilities that supposedly do this for you such as the scrubbers under the <install folder>Util/CCC folder.  Utilities such as scrubber.exe or Uninstall_Lx.bat shoudl do this for you.  If successful then the next time you reinstall there will only be one scanner to reference.

I have seen some odd issues with scanning profiles before with older but similar models to the 1312.  Essentially the same problem happens where the PC doesnt know which hardware its supposed to talk to and multiple options exist.  Any changes you make to one do not impact the other and corruption eventually occurs.

If the firmware is not able to install on a Win10 machine then you might want to temporarily borrow a different OS from a friend or explore the non OS dependant solutions such as updating via FTP or the Embedded Web Server.  As long as you get the proper firmware onto the printer in one way or another then you shoudl be able to make soem progress with your original Win10 macine.

Heres to hoping its a simple firmware bug.

Successfully updated the firmware, but needed to use an older Windows 7 machine.  Thanks for that idea.

I'm not sure what the newer firmware does for the situation, but it's proabably good to have newer software there.

I can scan on Win 10 with the Windows Fax and Scan app.  I like it better than the HP Scan and Capture app, which also works, but isn't quite smart enough.

The HP Full install appears to only be for Win 7.  The Scan Doctor resulted in the same thing.  It said I needed the "full" solution... but there isn't one, so the advice from the wizard is useless.

This support page, http://support.hp.com/us-en/document/c02073861, also had a printer install wizard.  Looked promising, but it ended up telling me there wasn't anything for what I had.  Also fruitless.

I'm going to stop here.  I can at least scan and print.

There are two things I miss right now:

2. The nice thing would be to be able to push scan configurations to the MFP so they are accessible from the console on the printer rather than having to run it from the computer.

If anyone has a way to get it talking again, let me know.

There's also the matter of the legacy printer that is still out there.  I find no way of removing it from the GUI's, so I'll probably dig around in the Registry and do some brain surgery there.  (I already found a way to rename it so I can at least distinguish it in device lists that show up.)