It has been a while since anyone has replied. Simply ask a new question if you would like to start the discussion again.
Note for common printer problems
Customers receiving the"will damage your computer" message along with others like "unable to access cups/tmp" or "'@%' cannot be opened" need to update their version of the macOS. Please check this article for more information: HP Printers - A [software component] will damage your computer message displays when printing or while installing (macOS) .
Highlighted

HP Pagewide MFP 477dw How to default to wireless ONLY

My printer is internally configured to ethernet configuration, and I can't get it to stay at wireless (to be able to access printing and scanning from both Windows 7 Desktop, and Windows 10 laptop PC's). I unplugged the ethernet cable, and found plastic plugs in a couple of the ethernet ports on the printer. I took them all out -- only cable connected to the printer is the power cable. It boots up, wireless is enabled (and I was able to scan and print, even the wireless report prints saying setup is okay), then a couple minutes later, it reverts to ethernet, even though there IS NO ETHERNET CONNECTED! At that point, I try to reset printer back to wireless by selecting Wireless, and printer panel says it cannot enable wireless while ethernet is connected -- but there is no real ethernet connection -- just some internally stubborn configuration saying it's wired! In the minute or two before it reverts to ethernet, I get a perfect wireless connection report and function. As a stopgap measure, I have plugged in the ethernet cable to the laptop and turned off the Win7 desktop -- and followed the HP Doctor instructions on my Win10 laptop for enabling wireless. I get to the point where it says okay, you're all set for wireless, go ahead and unplug the ethernet cord -- and the second I do that, HP Doctor puts up an error window saying connection to printer was lost!

I know there must be some internal configuration on the printer itself the says it's a wired printer, so I'm trying to figure out how to find that and change the default to wireless. I tried typing in the ethernet IP address in a browser thinking I should get a configuration panel, but it times out (I actually did see the beginnings of a configuration page once, but wasn't sure which of the headings to pick, and when I chose one, it timed out!).

Anyone have a solution to making this ridiculously expensive computer actually work as advertised!? HELP, PLEASE...? 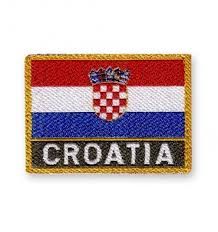 In the worst-case scenario, you can disable the wired network from the printers menu that will leave wireless-only. The printer can't have both wireless and wired connection at the same time. It can be wired or wireless. 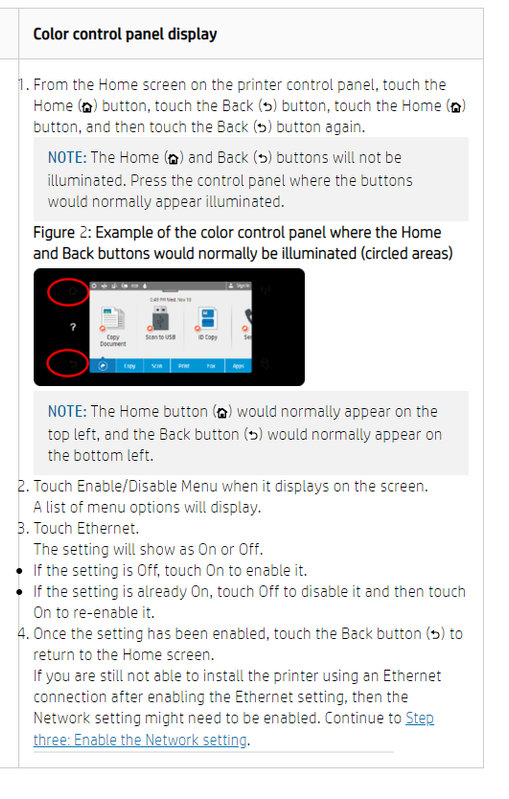 Thank you so very much! These hidden admin functions are frustrating, especially when you know they must exist but aren't documented anywhere! My father had Verizon (Wi-Fi) and HP (printer) experts in for hours and nobody knew about this! With your help, I fixed it in two minutes! Bless you!