Cartridge is brand new and HP original, as per all used since so many years.

Problem relates to prints sent by PC, copy is ok as well as the text on the self print for heads alignment.

Tried so many different steps, suggested on the forum: Hard reset, heads alignment (plenty of times, also by rotationg 180 degrees the print), cleaning procedure, re-installed the drivers, HP doctor & Co., also tried to place the old cartrigde back but it is so empty that was a useless test.

The shadows applies to both text and art parts

One of the Word doc i've printed (and annex) has good text, while another one (aslo annex) has bad text printed quality; In general Pdf print seems always bad. 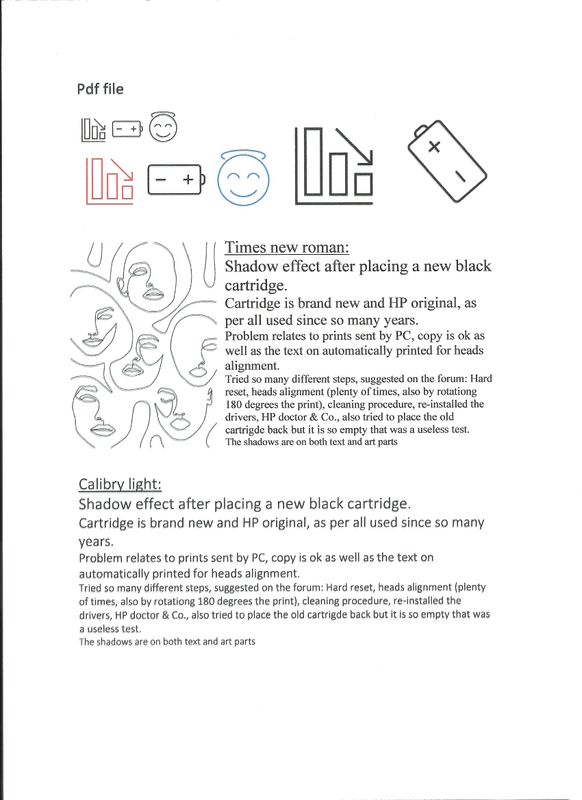 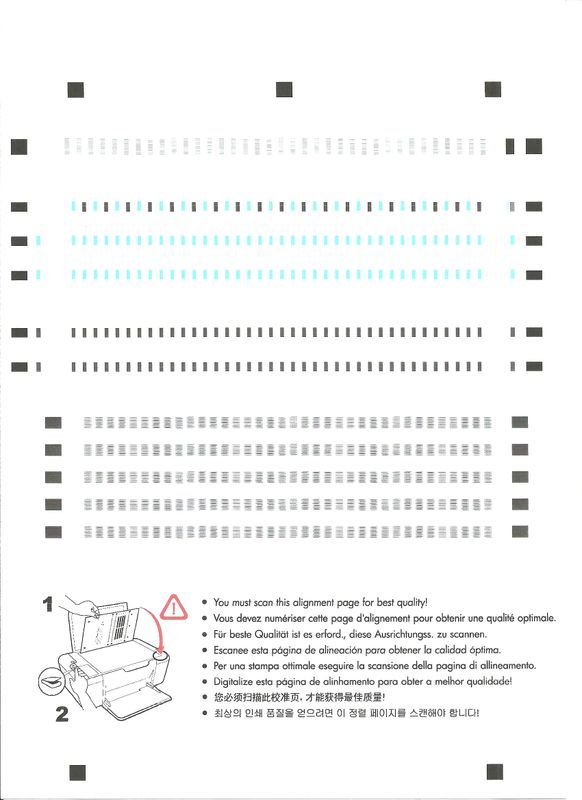 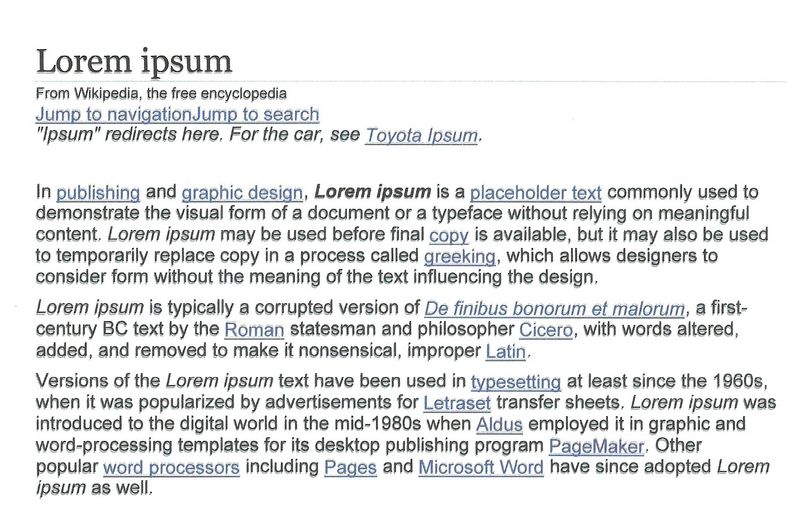 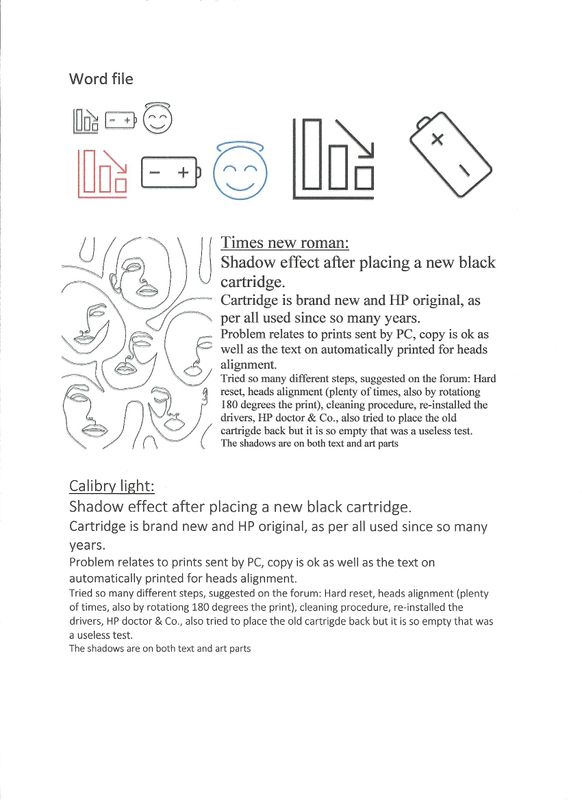 If you have already performed the steps from the document Troubleshooting Print-Quality Issues and the issue persists, it could be a hardware failure.

Please reach out to the HP Support in your region regarding the service options for your printer.

If you are having trouble navigating through the above options, it's most likely because the device is out of warranty. If yes? please send me a private message with the region you are contacting us from. Check next to your profile name, you should see a little blue envelope, please click on it.

And, Welcome to the HP Support Community.

Click the “Kudos, Thumbs Up" on the bottom right to say “Thanks” for helping

Hi @Jay_G24, the printer I have is a F4580 and the troubleshooting link you've shareed is for 6900 serie;  Anyhow the steps indicated there are pretty much the steps I've already done (multiple times) as reported on my original post.

Also considering this new discovery I don't think is a hardware problem from the printer; I 'm also not sure anymore is the black cartridge to be defective, as it works perfectly when i remove the color one.

My suspicious are on compatibility problem between the printer drivers with the latest W10 updates; Latest drivers update, on the HP site, for this printer belongs to July 2015.

This printer is clearly out of warranty, it has at least 12 years, without any issue till the last cartdridge change done 10 days ago.

Please let me know if there are usefull tests I can't still do, with the hope to solve the issue and avoid to scrap the printer .... I'll be disappointed to do so having just bougth a new XL black cartride (>40$) and a new color cartrige (the color one still to be opened...).

Hi @Jdre1, thank you for your reply

The issue started with a new black cartridge produced in Malaysia with expiration Feb 2022, quite in line with what you and Lynn01 experienced.

I'm now in doubt if to first buy and old cartridge, in order to run the test,  prior asking to be refunded. I did buy via Amazon, it should't be a problem with them to be refunded.