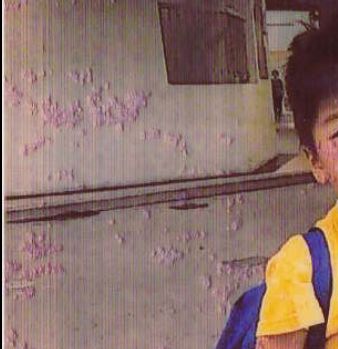 Hi, I'm facing an issue with my HP Sprocket where there are purple artifacts appearing on some prints. This occurred on 2 out of 10 (out of the starter pack of ZINK media). Viewed at an angle, the artifacts do affect the uniform glossiness of the topmost layer, which hints at a possible media issue.

After 2 prints, I opened the top cover to reverse the order of the ZINK media. i.e. put one from the base to the top most sheet. Also examined the back of the top cover and I could not detect any dust or debris.

After closing the top cover, and on the next print, the artifacts you see in the attachment disappeared, which pointed to the possibility this is not a hardware issue but media, but sitll I cannot be sure.

It would be helpful if you could let me know the reason/s why this phenomenon can occur.

Also, my act of opening the top cover (with 2 sheets remaining out of the starter pack) and reversing the sheets order did not impede or cause the printer to stop feeding or printing. i.e. no problems. So can I assume that it is technically possible to omit the blue-calibration sheet in normal operation?

Thanks for the feedback!

The purple artifacting may be caused by the watermarking process to enable 'embedded experiences'.  Could you try turning off the feature following the support document below, then letting us know if that addressed your issue?

Thank you for supporting sprocket!

The comments above represent myself and do not reflect the opinions of HP.