Hi Folks ! It took me some time to produce this post...I hope somebody will find it useful, make education, maybe it will even open minds not only for Z400 cooling strategy. I found pretty interesing things during intoducing my - as colleague SDH called - 'Noctua plan'.

It all started because I was dissatisfied with original Z400 cooling, in terms of loudness. As my Z400 is only memory of original one - I moved it to my case, you will see photos below - and finally I decided to buy big set of Noctua PWM fans, I wanted to throw away 2 original FOXON fans, that are running up to 3000 RPMs, what nowadays is not welcome (and that much needed in home) anymore. So I wanted to have (besides CPU of course) 4 chasis fans, speeding up/down depending on CPU load.

So I took scopemeter (and several 'Y' connector-splitters), I checked if my license to operate it is still valid, and did the job...see photos. 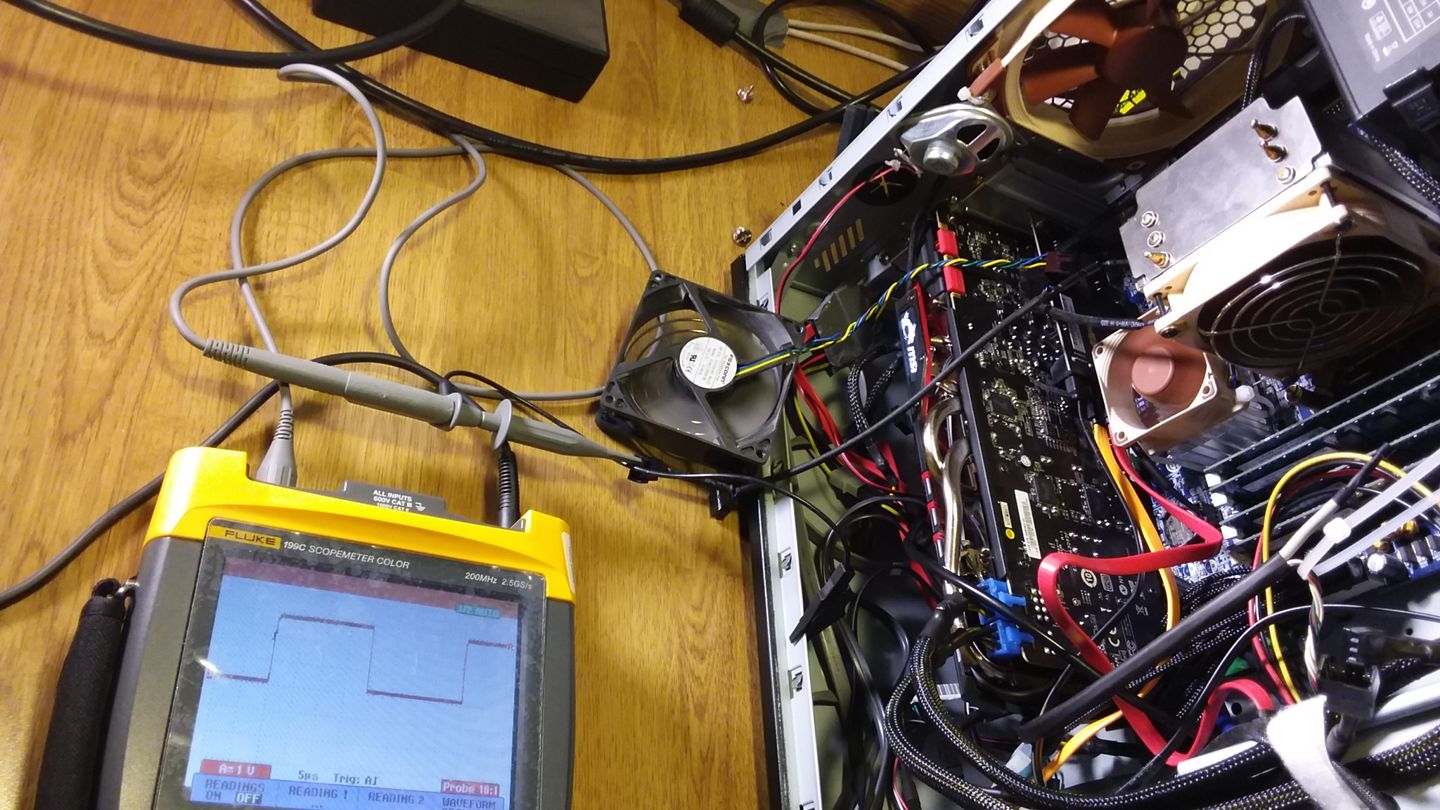 I'm runing 3.60 BIOS, but be aware - this BIOS seems to be somehow 'downscaled' (from Z800?), look at photo below: it mentions 'chipset fan' (which have never been originally seen in Z400), PCI fan (which one colleague suggested is front fan), it even mentions both processors, CPU0 & CPU1, while motherboard is one socket... 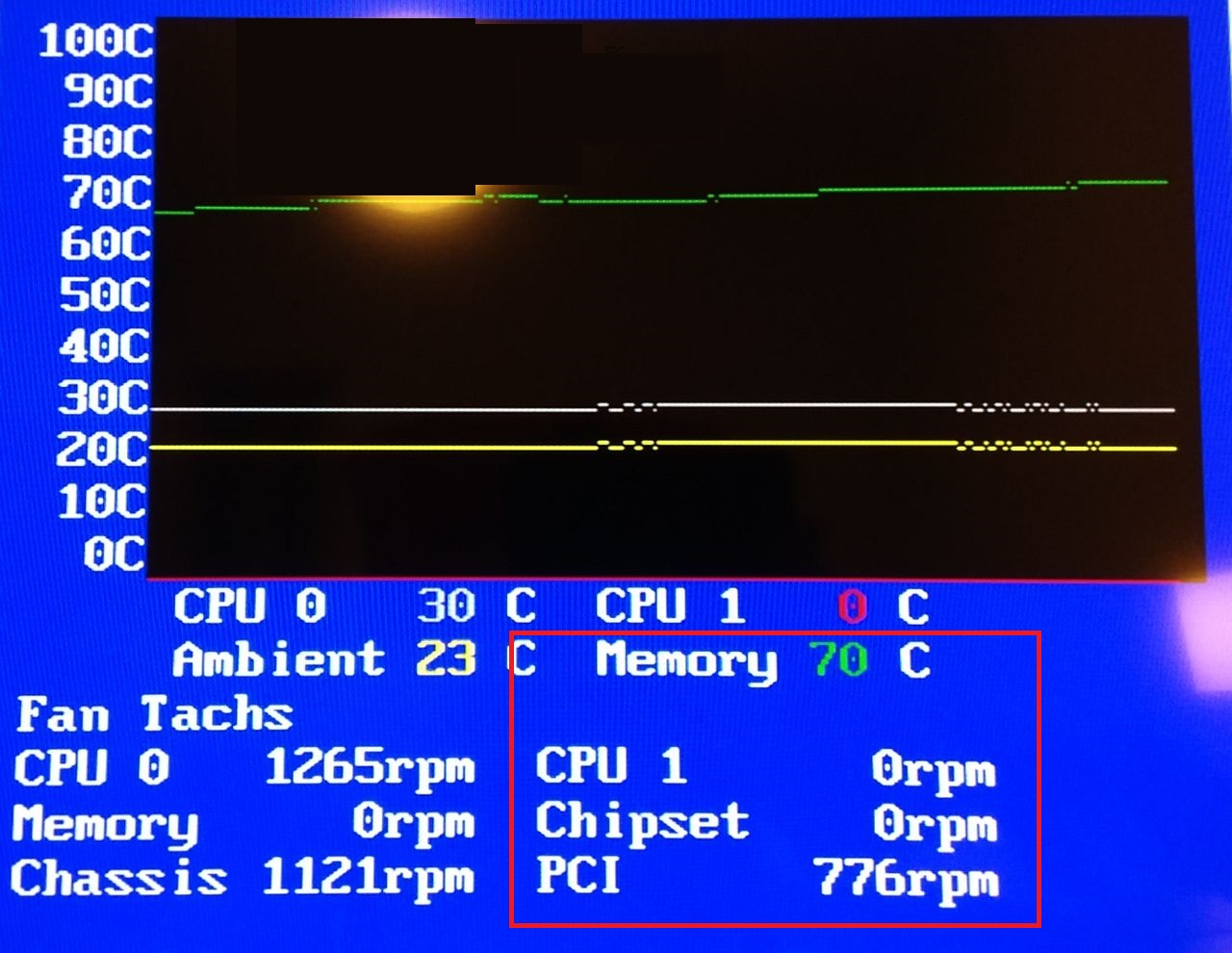 So this is what I decoded:
CPU0 = CPU0 (bravo !)
AMBIENT= sensor embedded with power-on button
CPU1 = not connected
Memory = chipset temperature (!)

As it's already quite long, I will jump to conclusions:

- Z400 BIOS seems to be 'hardcoded' for FOXON fans, or I should say to fans, which run above 3000RPMs at 100% PWM. I'm pretty sure this verification is done by RPMs (tacho wire), not by current measurement. So it looks like in first second of power-up BIOS sets pwm to 100%, checks RPM, and then makes further decisions how to steer PWMs.
- as there is implemented mechanism in BIOS firmware, to detect 'what is my connected fans' maximum RPMs? here comes the biggest problem: if BIOS finds that attached CPU fan cannot run 3000RPMs, it will dramatically decrease PWMs. What I mean: if we could say that with original FANs PWMs on board run from 40% to 100%, in steps of 10%, then with non-original fan minimum PWM would be 70% and there would be only 2 steps to reach 100%. So replacing FOXON fans for NOCTUAs didn't give expected results, as NOCTUAs run in range 700-1200 RPMs. But I was able to overcome this, read later.
- all above in other words: full-range, fluid PWM seems only to work if CPU fan can run in range 1000-3000 RPMs. However, even if with original fans PWM was 50% I was not happy - it was too loud. Not even saying about my Z400 turining into small vacuum cleaner at 100% CPU load,
- PWMs onboard are independent. So for CPU PWM can be at 70%, while in 'chipset' connector 100%. I just want to say, that not all connectors have the same PWM value at the same time.
- I have observed, that 'chipset' fan normally is running PWM at 100%, but when connected frontal fan (called in BIOS 'PCI'), it will reduce PWM to ~70%,
- increase of ambient sensor temperature inreases rear (chasis) PWM, but not CPU PWM.
- if rear (chasis) fan is not present, it doesn't affect other PWMs, but just at POST it will halt with 'chasis fan not present, press F1 to continue' (which was surprising for me, as BIOS tends to maximize PWMs in case of any 'foreign' fan, but fan absence didn't invoke this mechanism,
- frontal (PCI) fan always runs at 100%, however it's presence will reduce 'chipset' PWM,
- when NOCTUA connected as rear (chasis) fan, CPU PWM immediately goes to 100%. When original FOXON is as rear fan, CPU PWM is 50%, but in both cases both fans have similar RPM: around 1300. Conclusion: BIOS expects rear fan to run at least at 1300 RPM. But as stated above, absence of this fan is not affecting CPU PWM, so it will be at 50% when rear fan is not present. Completely illogical to me,

Here are photos, how PWM looks like with particular 'fan idle mode' setting. Keep in mind, it is only valid as long as Z400 has 'original' fans, or as described above - those ones with 3000RPM. Then you can see 7 steps of PWM. With this feaute you can only 'add on' fixed value to further PWM operation.

When I say PWM was 'damaged' due to 'non-compliant' fan, I mean that all above would only have 3 steps, and moreover - staring point would be 'fan setting 4/7'. So very disappointing, when my goal was to make it as quiet, as possible.

To have all this done, you will need at least one fan, that runs 3000RPM at @100% PWM. This fan has to be connected to CPU FAN connector. So this is cheating BIOS, as this fan doesn't have to be for CPU, physically it can be in any other place, but yes, it must be there. In my case it was small Noctua fan I intended for chipset: 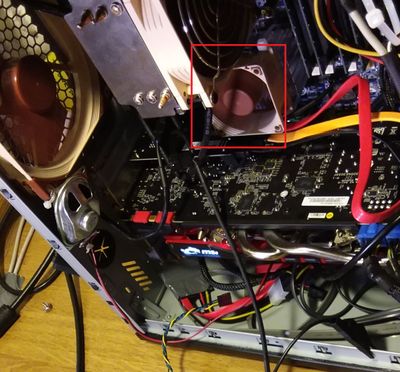 To get remaining fans running with fluent PWM, you have to connect all of them via 'Y' cable to processor fan, so in fact all are supplied from one socket. So you need to consider current ratings. Lucky thing is, that one FOXON CPU fan surges current, which is almost equal to sum of 4 NOCTUAs.

With 'trick' above, forget about RPM readings for each fan.

But yes, now my PC in idle is too quiet (HDD can be heard), and what most important: it has fluent PWMs depending on CPU load.