Well first of all i bought a grade A refurbished HP computer 4 months ago from newegg  and had only one problem with the dedicated gpu at first which i solved quickly the first day it arrived and didnt have any problem since then.

2 weeks ago i left the computer running while i was asleep and when i woke up i noticed the computer turned off itself then i tried to turn it on and nothing happened... I checked the ac adapter and it was hot and leaking a black liquid from the sides so i removed it from the wall instantly. I checked the HP motherboard in case something was wrong and it seems to be everything in order. Today i bought this new AC adapter AC Doctor INC 19.5V 4.62A 90W AC Adapter Charger Power Supply Cord for Dell Laptop Computer PA-10 PA... which is not the original but meets all things to make it work.

I plugged in the new adapter and it indicates as soon as i plug it a green led light which blinks only once and then dissapears. Tried to power on with the button and dont turn on. Already tried to hold the button 10s, clean the cmos, took off the bios battery and put it on again, switch the ram module between sockets and of course different walls.

What should i do next? 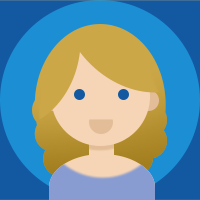