Can somebody please explain the differences between the models 460-p030nd and 570-p054nd desktop pc?

I suggest that is is time for you to read the specifications for the two PCs you asked about.

The desktops have different classes of Intel core processors and their motherboards use different chipsets.

I suggest that you ask Magix why their products work badly or refuse to work well on the newer i7 processor equipped PC.

Check this out as well:

Thanks erico for your reaction.

I did compare the specifications before posting my question here.

As I am no expert, I hoped somebody here could tell me if these differences could have consequences for the software.

My communications with Magix have had no results thus far.

Check this out as well:

Thanks for your reaction.

I am afraid this is a bit too technical for me.

What's so technical about it?

Also, documentation is quite comprehensive:

What the suggested idea was for to see how much latency difference exists between the two desktop PCs by using the audio benchmark.

The problem is that in order to understand why you are having issues with your program is that it is going to require some reading on your part. No one can do that for you.

The newer one should run the software faster, considering that it has an M.2 NVMe SSD as its C: drive and a much faster processor. You might need to verify that all of the cores are being used.

I would run benchmarks on both PC's to see what the differences are. Use freebie benchmark software from Passmark to see if there is a CPU issue.

Somewhere in the hardware or even the operating system, there is a bottleneck that is causing the dropouts. 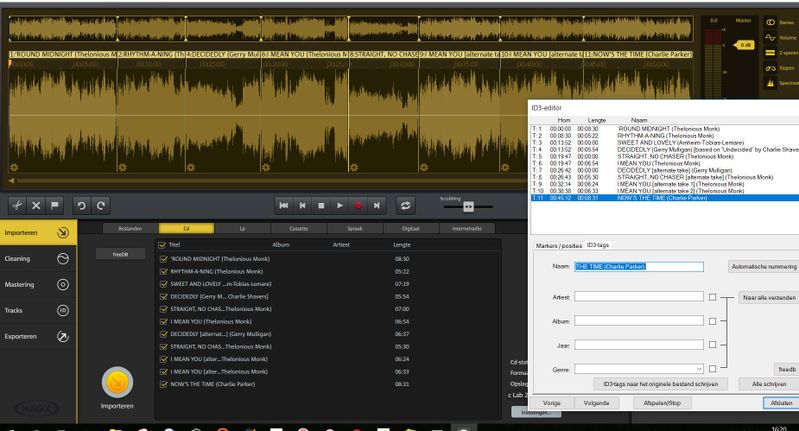 I think we are on different subjects here.

My problem is when I import a CD in the program.

Thank you. Details on the actual issue do help us.

So the Magix programs are generally just being used to rip CDs that you own to digital media?

I have read some reviews on the programs and the issue with one may be that it has issues with some optical disks.  Neither program is rated very highly by  probably half of the people who bought it.

You might consider finding something that is more highly regarded.

For example this chappy: