Occasionally, there will be some issue where totally removing the power from a computer (vs just turning it off) can make a difference.   That is what is referred here to as a "power-drain".

Not something that usually needs to be done, but for some components, that never have their circuitry totally turned off - that is how they can be reset.   One piece that comes to mind is the touch controller on the original IQ500/IQ800 touchsmarts - they only would get reinitialized at first-power up.

-dm (a long-time HP employee, but the comments/suggestions are my own, not my employer's)

NOTE: If this helps you or solved your problem - please say thanks by clicking the white kudos star on the left.

If you think this would also help others, please mark 'Accept as Solution' to help them find it easier.
0 Kudos
Highlighted

Sumsolstice, you are providing me some excellent information.  I turn my computer off each night but don't disconnect the power cord.  With previous computers, I kept them on for weeks at a time, but for some reason I'm not doing that with this one.  I do have it plugged into a back-up ups, so I suppose I could flip that off every night.

The boot up issue just occurred again, but it didn't get "stuck" like it did 3 days ago.  The error message goes too fast for me to get all of it written down, but the gist is:  "One of your disks needs to be checked for consistency.  You may cancel this check but it is recommended that you allow it to run."  Then it started speeding through the check of Disk C in three stages, 1 of 3, 2 of 3, 3 of 3, with the results of each stage displayed.  It always reports no errors found, and then starts Windows.  This glitch always occurs after the first "Starting Windows" screen displays, but before the "Welcome" screen.  I think I caught a flash of  the term "CKDISK."  I believe WinXP had a CKDISK utility, but I can't find one on my Win-7 OS.

I have an anti-virus program running, I keep up with all Win updates and HP updates.  Any insight you can provide will be greatly appreciated.  This TouchSmart 300-1020 is less than 6 months old. 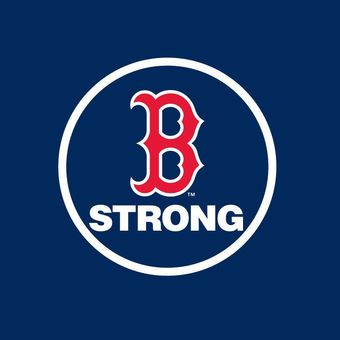 Elsa, Once again, just to reiterate, there is no need to be completely disconnecting a computer from A/C unless you're having a specific issue, sumsolstice and I have said the same thing, on occasional really weird issues, unplugging and letting any standby power drain can help, but it's not a normal procedure, it has absolutely nothing to do with "static electricity" Bluebrain was not correct in using that term, it's not accurate and has apparently just confused you more.

When you see a Windows XP, Vista, or 7 PC performing a disk check as you describe on power up, usually it means there was a problem on the previous power down. The normal process Windows uses to shut down is "clear out memory, clear out hard disk cache, shut down processes, confirm and write notices saying "all clear" then power off. If the process does not go smoothly, when you boot up Windows it does not see the "all was clear" notice on the hard drive and file system, it runs a disk check to be sure it's ok..

You normally see disk checks when someone turns a PC off directly by unplugging it crashes and reboots, or holding the power button and not using the shut down command, you also see it if it is crashing when it's trying to power down. You will almost never see a disk check if everything is fine. You may want to look more at your event logs on your system to see if you have any errors.

You typically get CHKDSK errors on startup for two reasons:

1) The system didn't shutdown completely/cleanly, and Windows can't verify if there were or weren't any file transactions in process when it shut down.   If it can't, it wants to do a file system check on startup.   This is usually caused by the system not totally shutting down when you shutdown, or by the system crashing or something when trying to enter or leave sleep mode.   Usually the first problem is caused by software running on your system, often viruses or spyware preventing it from shutdown.   Or - if you simply power off your system from a power strip by turning off the switch - it would cause it.

2) There could be a problem with the hard drive, where it is logging errors/problems.   You can run the Hardware Diagnostic Tools (PC Doctor) diagnostics from the PC Help and Tools folder (or a simpler version by pressing F9 upon system startup) to see if your hard drive may be sick.   If it determines something - contact support - they can provide assistance or a replacement (best to do this before it totally goes - and where you can backup any files you've created on the PC).

Verify your antivirus program has current definitions files.  Sometimes spyware or viruses will "fake out" you and disable your antivirus programs - you might not even be aware of this.   For that - I often use Microsoft's free Live Onecare web-based scanner as my "second opinion" - for virus/spyware.   You can invoke it at http://safety.live.com  I recommend doing the 'custom" scan - and then doing the "quick scan for viruses and spyware" option - otherwise it could take a half a day to run.  Another bonus of the live.com checker - it does cleanup of junk files and safely (its never screwed up anything I've run it on) cleans your system registry.   I've seen other "cleaning" programs get TOO zealous - but I trust the safety.live.com checker.   Getting it started isn't always easy - you have to click on it a few times, acknowledge popups, allow it, etc, a time or two before it will start - but...well - its free and it works.

If you don't have a current antivirus program (I like just plain Norton Antivirus for commercial programs) - Microsoft has a good free one at http://www.microsoft.com/security_essentials - this is what I'm running on most of the PCs I have at home.

-dm (a long-time HP employee, but the comments/suggestions are my own, not those of my employer)

NOTE: If this helps you or solved your problem - please say thanks by clicking the white kudos star on the left.

If you think this would also help others, please mark 'Accept as Solution' to help them find it easier.
1 Kudo
Highlighted

Diane and Sumsolstice, again I truly appreciate your excellent (and complete!!) replies to this relatively new problem.  I always shutdown the "nice" way--Start - Shutdown - and then watch as the "shutting down windows" message appears.  My ESET - NOD-32 antivirus/spyware program updates at least twice/day, and I ran a full system scan a few days ago.  ESET also plays well with Windows Defender, which I also update and run every week or so.

Diane, I tried to view my system logs but didn't really know what I was looking for or at.

Sumsolstice, I'll run PC Doctor, then go to the Windows live site to run that scan.  Again, thank you for providing complete instructions on how to use it.

Sumsolstice, I tried every way possible to run the scans at the safety.live.com site but kept getting error code 0x0C600C03.  When I investigated the code in the forums, I found a post that said none of these scans would work on a 64 bit system.  I made sure that I clicked on the Vista/Win7 versions.

PC Doctor found no errors, but whoo-hoo, was that fun to run!!  It was like learning an entirely new language--none of which I understood, but it was comforting to get all the green checks.

I guess I'll just hold my breath when I reboot.

Again, thanks for all the great tips!!

hi, i am the OP to the thread, sorry i havent been back!

this is what is currently happening:

yes i know about the static electricity blurb they gave me, but i did google that and some people seem to have a problem with it, i even asked the tech...he also did a power drain as well before he started working on my computer.

they (office depot)  are excepting my warranty, even though it expired 3 days or so after i first called.

i told them what was happening.  the computer is not working when i turn it on. its just a black screen. you can hear it try to connect, but it isnt happening.  windows is not loading.

so when that happens, i have been holding in the power button - the computer turns off, and i continue to hold in the power button for about a minute or so....most times it then will start up and windows will load.  sometimes i doesnt, and i have to repeat the process another time or two...

comes 2  weeks later, tries to install the new power supply, but cannot reach it. call in, and finds there is no manual on how to do it on file, so he opts to not try to install it for fear of breaking the computer. says they may have to have it shipped to the factory to be fixed.

2 weeks later another tech shows up, power supply in hand, and takes over an hour, but replaces it .  computer works great, no problems.

3 days later, same problem. i call back, and i am awaiting their reply on how they want to proceed with this.

i have not turned off my computer since lol for fear it might not turn back on.  i had to disconnect my automatic updates because apparently one night it tried to restart after installing an update, and in the morning i came downstairs to find the black screen.  luckily, after holding in the power button, it restarted.

another night we had a storm and the power went out, and i had to hold the button, as well as my breath lol, and it came on after 2 tries.

it seems to me that windows is not loading for some reason.

so that is the current situation.  when i came on here originally i didnt see any threads about this.  to my surprise there are now several with the same problem!!!!!

and as i am writing this post, this friggin keyboard keeps sticking and driving me nuts. i have had alot of problems with this wireless keyboard and mouse.  i have even installed the type of duracell batteries that was suggested in other threads, but it didnt seem to make a difference.  and no, no cell phones or ipods nearby...

looking forward to seeing any replies to this update!

I had the same problem, what I did is to uplug all the power cable, other peripherial devices, then locate a cmos on your motherboard then remove it. Ensure that you have put on non-static gloves. Press power button for 5min. then connect everything. enjoy