I haven't had  this new HP laptop very long. Less than a year actually. I bought a Compaq prior to it and it lasted about a month but even though it was in the original box it's build date was early 2013 so I forgave HP for it only lasting a month because I loaded Windows 10 on it and it was to much for the laptop to handle.

So I bought this brand new 15 inch screen HD touch display windows 10 f211wm. It was cheap and after 16 years of purchasing dells I had some concern. My dells lasted forever and were great computers but the cost was high. Being a new one income household and after researching it I thought perhaps I was being to difficult. The low price didn't have to mean low quality.

The first issue was confusion over ram specifications. On its spec sheet it says memory....4 GB of ddr3l sdram. Under that it says memory slots... 1 user accessible.  I mistakenly believed that was an additional slot which mattered to me. As did the first HP sales rep I called to order the additional ram. He had to then call me back and say sorry that spec sheets is talking about the 4 gigs of ram thats already installed and maxed at 4. Not confusing at all. Look it up online. At dell it would have said 4 GB of....sdram in user accessable slot. I wasn't pleased. It didn't maatt to HP. Just change the specs HP. If you don't leave room for confusion you can't be blamed.

The second issue was the fact that there is no Bluetooth adapter on this 2015 computer. That was utterly my oversite. But in my defense bluetooth is like acd/ dvd player. The hardware is very inexpensive and EVERYONE uses bluetooth devices these days. I have 6 bluetooth devices. Shouldn't it be standard? I complained andt he passed my concern along  and a very nice HP rep called to pat me on the head and make me feel better.  It didn't but the message to me was HP will give lip service but not constructive service to customers.

After that the operting system kept doing strange things. Dumping wireless setup files, running very slow. and sometimes just refusing to load among other ticks.. So I would restore it. I even finally did a reset on it and it functioned for a while. I did diagnostics, had McAfee everything on it and nothing helped.

On June 29th it wouldn't even load windows right. I also had a flash recovery disk. Just in case. I checked for viruses. Did the long Bios etc diagonstics nothing was wrong it claimed. So I factory reset it even choosing to dump my files. When it finished EVERYTHING was corrupted. It  wouldn't accept my flash and was telling me files were missing etc. But after I figured out how to backdoor into the control panel (every icon was gone except trash and corrina and the windows buttons were useless.) I managed to get it to go online to HP. The HP support module was gone so I downloaded it but oh no. Apparently there were a few legacy files from an older version and it wouldn't load. So I gave up and hit the chat support button. Let me be clear I don't blame support. They re doing their jobs within the restraints mandated by their employer.

Long story short after attempting to load the HP support module I was told my operating system is corrupted I needed a disk to reload the system and oh yeah.... since my warrenty was ALMOST up I had to pay for it. I ended up extending the warranty and a little less than 100.00 later I'll get a disk in about 7 days for my corrupted operating system on the computer I'm using to write this saga in this forum at this very moment.

I feel slimed and will never buy another HP. I don't pretend I know everything about computers but this i do know. This laptop is a piece of garbage. Because it was already a problem child I had only been using it for FB and email AND to find a **bleep** job because I just moved to Texas. Wow I was really overloading it wasn't I?

I had Mcafee protection which has been a trusted software for me for many many years and never once allowed a virus in any computer I owned. I kept it updated and didn't abuse it.

So I'm going to leave you with these questions. If it couldn't be fixed remotely and the operting system has corrupted from the HP restore and recovery utility why am I on it?

Why was I able to find a way to load  internet explorer?

And why should I EVER trust HP again?

Their specs are even misleading at worst. Stupidly written at best.

Thats my story and questions. 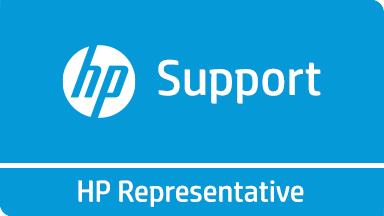 below to show you like/appreciate my post or to simply say thanks!

Please share what worked for you with others by marking the post as solved by clicking the Accept as Solution button.

Thanks - I work on behalf of HP

HP Recommended
Thank you. I must say however I am not in the mood for lectures or head patting. Especially now that I'm unable to even job search because of this. I know your only trying to resolve the issue and that is what any good self respecting support personal should seek. The problem is I'm not sure it can be resolved. I paid for an extended warranty and the necessary software. I'm computer literate enough to more than likely make it work. I'm also mad that this laptop has been a disappointing pain to own and operate. I guess I just got spoiled in the past by purchasing computers that worked. It would probably be best if HP didn't poke this particular bear.
0 Kudos
Highlighted

HP Recommended
As promised, and thank you Blitzgaming, I was contacted via private message by who I'm sure is a very nice gentleman named Jeff. I don't think HP actually understands the Genesis of my frustration. I bought a computer of my own free will, of my own choice and I've had nothing but problems with it. I had a warranty but at the end of the warranty periodwhen I needed it, didn't help I still had to pay for the fix. And then I get two emaisl invoicing the purchase that I made. One had the actual cost that I spent the other one had zero zero zero for the cost. There was a claim number that I could use to access this claim and I had the option of using the serial number of my computer. In both emails both numbers the serial number and the claim numbers were identical. There was a convenient link as well on those invoices. I attempted with both of them 3 times to access the claim and got a message back in nice red letter saying they couldn't find it call customer service. That HP is my problem. I'm using the information being provided to me from HP. (i.e specs, information even invoicing) and I'm not getting what I paid for even correct responses. The people are nice but nice does not get the job done. This isn't about money this is about backing your word and not driving your customers away when they're already mad about an issue.
0 Kudos
Highlighted

HP Recommended
Please forgive the errors in my post. Even that is too difficult apparently for someone as simple-minded as myself. I searched editing. It directed to me to what seem like a very direct question on that subject. The post had a couple entries and a area that says go to solution. So I hit that button. It just took me right back to the same post asking how to edit. I'm willing to concede that I'm not the most brilliant Nickel in the pile but I've browsed around the Forum this seems to be an ongoing problem with HP. Will someone please give me a direct answer? Did I pay for the fix or not? What is the status of the claim? I had to go out of town I'm not at home so I have no idea if anything has arrived. Editing? Once again HP this is the problem.
0 Kudos