I have got realy annoying problem with printer driver installation on HP LaserJet 1102.
Basically I downloaded driver from the website and tried to install printer. When the installation is almost done, the message pops up(image attached). 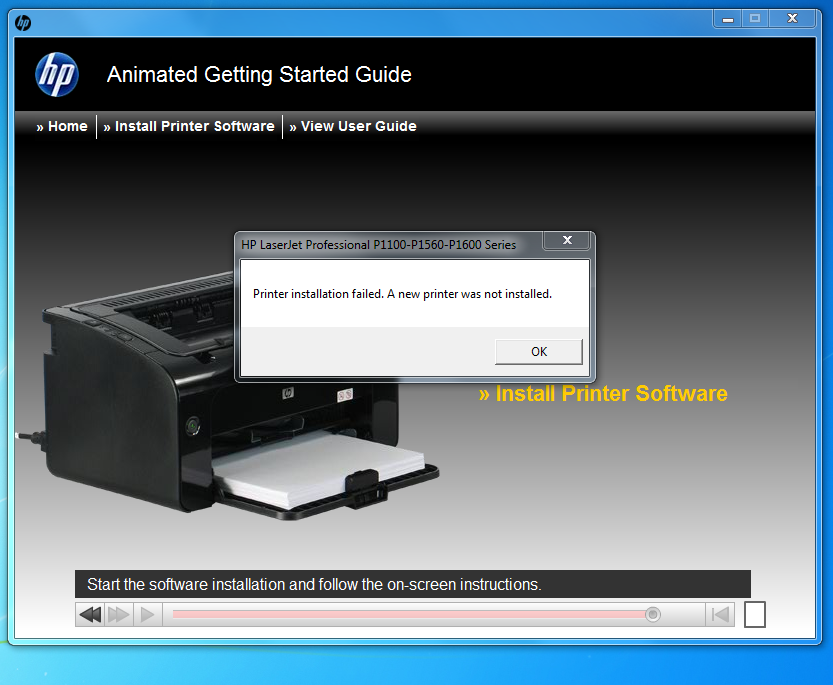 I would suggest going into your control panel and uninstalling everything associated with the p1102, rebooting your computer and trying a fresh install.

If this does not solve the install issue, please repost and error message along with your OS so that we may better help you.

Say Thanks by clicking the Kudos Star in the post that helped you.
Please mark the post that solves your problem as Accepted Solution

Printer is a laser professionnal P1102 (not w for wifi)

This Printer is connected by USB on a Cups server and fine wieved on the Win 8.1 client

Samba server is installed on the same lan server (an old Ubuntu 12.04.2 LTS)

I've restarted my install by the configuration panel ...

"Win can't find a properly driver for this printer, do choose one in the list"

So in a short resume we can say :

Load the .exe file on the Hp site.

If it abort or can't connect your Printer, so you quit this Gui by closing the Window

Click on the configuration panel in a second time.

Reload the list and try to terminate the intallation with the new pilote that could be installed by the .exe file..

Hope that can be usefull for you

an old friend of Linux Users