HP had advertised that Spectre x360 convertible works for 12 hours , but this is NOT true, the best time I got is 5 to 6 hours for just normal browsing.

I bought HP Spectre x360 13--ap0xxx, 3 months ago, I have posted the problem of my computer battery on September 2019, since then HP had contact me thru email and advice me that someone from HP service center in my loctation out of USA would contact me. it happened and they contact me, and after waisting long time, they told me frankly that  12 hours is only advertising , they said  the actual working hours of the battery is 5 to 6 hours, as you can see this is cheating. They claim that 12 hours can only be acheived if the computer switched on but no work is performed on the machine. Who the hell would buy an expinsive computer and would not use it for work? isn't this cheating customers? 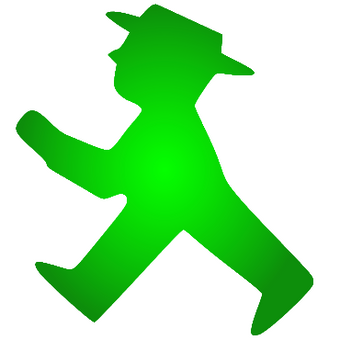 Thank you for posting in the HP Support Community.

I do not work for HP and I speak for my self as a volunteer here.

I can only tell you that what they told you is 100% true. This is how the industry , the marketing industry works. You see one thing with tons of *, referrals, small letters , etc.  What you may have seen is 12 hours for just keeping the PC active (on, all hardware working). Practically, there are power-intensive tasks such as using Wi-Fi, listening to music/watching videos, etc which need and consume more power. There are certain offline tasks that need less power, for example, being offline and using a Word processor.

12 hours is the max, not the average. I am sure it must be written somewhere in deep technical documentation or legal letters.

It is not only HP, it is the entire world working like that.

Thank you very much for your response, appreciate your openion.

In answer to your last paragraph, I have a B.sc in computer since, I have more than 15 years of experience in the IT business  under my arms. Colleagues and friends ask for my advice before they buy a new computer.

Thru out the years, I have bought/participated in buying  hundreds of laptops, few for myself, the reset for the companies I used to work for.  Non of the laptops I bought was as bad as this last one. Just in the last 12 months, I bought 2 "HP" laptops for my family.

While I bought an HP "Envy" with almost same configuration as of the Spectre in disputer here, the Envy price was about 500 USD less price than Spectre, still have the same configuration hardware. Envy was advertised to work 7 hours, for realty it works 5 hours, which is kind of accepted, but when a reputable company advertise that the laptop works 12 hours and in some advertisements it was advertised 21.5 hours, but then for reality it works less than 6 hours then for sure this is not acceptable.

Why should I pay such high price if I can buy same configuration form the same manufacturer for much less price. In my personal opinion, the major difference between Envy and Spectre is the longer battery performance and a little bit lighter weight. Speaking about myself, the only reason I choose Spectre was its long battery time.

My other 3 years old  laptop which I am still using  until now can still work a solid 6 hours of heavy work, again, why should I pay such a high price for Spectre  if it doesn't perform or at least near perform as advertise.

With all my respect, your opinion that all manufacturer advertise the same about the battery performance is simply incorrect, I had never used/bought laptops from other manufacturers that fail 50 percent of the advertised  battery working hours.

Your response that off-line working and online working difference in battery consumption is hundred percent correct, but , I have tried all possible ways to check the battery performance, believe me, I know exactly what I am talking about when I said this machine is a total disaster in "my personal opinion". and what makes worse is that HP support and escalation center  are doing nothing except delaying and  apologizing.

I am also not an HP employee, I am only a customer who used to respect HP as you do.