i work at an IT infrastructure firm (we sell and deliver products like virtualization, storage, firewalls, SCCM, etc...) and i'm currently responsible for deploying the laptops for my colleagues.

The automatic clicking is at random, two users have to reboot their laptop twice or 3 times a day to get rid of the problem. Sometimes after one or two hours the laptop starts automatically clicking without moving the cursor itself.

The other two users only had it at day 2, then a week without issues, then three days in a row once, etc...

My colleagues have to reboot the laptop once, sometimes twice to get rid of the automatic clicking issue.

The things I've tried to resolve the issue :

- Remove any device connected to the device

- plugging in a different mouse

- upgrading bios to the latest version

I've even contacted HP support, but they advised me to completely reinstall the device with a HP standard image to see if that's the issue. This is something I simply can't do because the users who experience this issue are experts in their field and cannot simply stop working for one day and can't continue working with a blank image of Windows. Even if I were to install the HP standard image, it would take me at least one day per laptop to set and install everything (lots of specific tools and software).

HP support asked me to run the HP PC hardware diagnostics tool, but the touchpad driver test can only be tested partially since the left half works fine, but the right half of the test cannot be completed, when I start swiping the image the laptop doesn't recognize the image as something that can be moved and starts selecting the image instead of moving it.

The image we're using is one we've been using for all of our laptops and hasn't changed recently. We have a few different models in circulation (probooks, elitebooks, zbooks) that all work with thesame image being pushed by SCCM, the drivers itself come directly from the HP website.

HP support was not aware of any automatic clicking issue and they think there is something wrong with the image itself. The firm I work for has about 150 laptops in curculation, and only the most recent Zbooks G5 have this issue.

There is one laptop I managed to install that doesn't have the issue, there was one SCCM update, since then the 3 other laptops I've installed reported this issue, the image itself has not changed.

I currently have no options left so I hope you guys can help me out.

In case there is anything I can test or try or whatever, please let me know.

TLDR : Zbook starts clicking after some time, only a reboot resolves the issue temporarily. 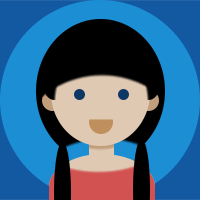 This is a known issue and is being investigated.

I suggest you try the following for a workaround...

Enable Tap....move the selector to off.

This should prevent the random clicking of the pointstick until a solution is found and updated in the next version of ALPS software.

In my experience, common images across families don't usually do well

I would start by using HP Image Assistant (www.hp.com/go/clientmanagement) and run it on one of the laptops... it will show you, within a minute, what may be missing or needs updated... run the updates it suggests, inclduing BIOS, and see if the problem goes away

as a side note, HP IA does not require installation, so you can download it, unpack it, and copy the folder to a usb key... then run it on different machines as needed to update them... you could also run it from a share, if set up that way... all installs by HP IA are downloaded first on the users Download folder

This is a known issue and is being investigated.

I suggest you try the following for a workaround...

Enable Tap....move the selector to off.

This should prevent the random clicking of the pointstick until a solution is found and updated in the next version of ALPS software.

Thank you for your reply, I'll present this to my colleagues and get back to you.

I'm currently not in the office but I'll get back to you in case this doesn't seem to work.

I've tested this solution with all of the affected laptops and each and everyone has not reported any issues since.

Thanks you so much! 🙂

This can be closed, the issue is resolved.

Unfortunately the ' ALPS Touchpad Settings Manager' is not found on my PC - My PC has a corporate image and I assume this has not been included.  However, My PC is a ZBook 15 G5 it has an ALPS touchpad and it just does not work properly.  It makes the keyboard unusable because the slightest touck oh the tochpad moves the cursor to somewhere else.  I have set this to the minimum sensitivity but there is no setting to turn it off - even when using a proper mouse.   Frankly for me this is the worst laptop keybpard touchpad implementation I have ever used.