Can more than one SSD be installed on a HP Z620?

Hi All. I purchased a used HP Z620 that has the following spec below. I solely want to use it as my video editing/VFX rig as it's older but very similar to the HP Z840s we have at work. I purchased the workstation with no drives or OS as I had my own. I'm running Windows 10 Pro 21H2 on a 500GB Hewlett Packard SSD which is installed in slot zero (gray SATA port 1 at the edge of the MB).

As you all probably already know and I'm sadly just figuring out, installing the SSD has rendered all but one of the other SATA ports useless. The only other SATA port that is working is slot 1 (gray port 2) which I have a 750GB regular hard drive on. I was hoping to add 2 more internal SATA SSDs or regular hard drives with the rest being external USB 3.0 HDDs.

Not knowing how older workstations operate as I know just enough about working on computers to be dangerous, I had no clue the current motherboard and setup is not made to handle SSDs correctly. At least that's what the overly-joyful technician said to me over the phone. He said something about SSDs not being able to work as the OS drive and that I had to download multiple drivers to try and fix the problem. He pointed me towards HP's website and said I need to install RST drivers or some kinda multi-pack set of drivers. Problem is, the drivers column for the Z620 and my version of Windows 10 Pro 21H2 is blank as well as the previous 21H1 column so I'm assuming HP is still creating those drivers or no longer supporting updates for the 620.

So, my long-winded explanation has me wondering, can I continue to use my SSD as my operating system drive and still be able to add more than the one extra hard drive that's currently in slot 1. My computer just runs soo much faster having the SSD as my OS.  If not, are there supported drivers/hardware that can make this rig work or  did I choose a workstation that's too old to edit on? 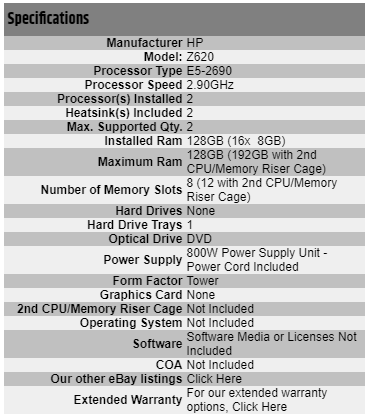 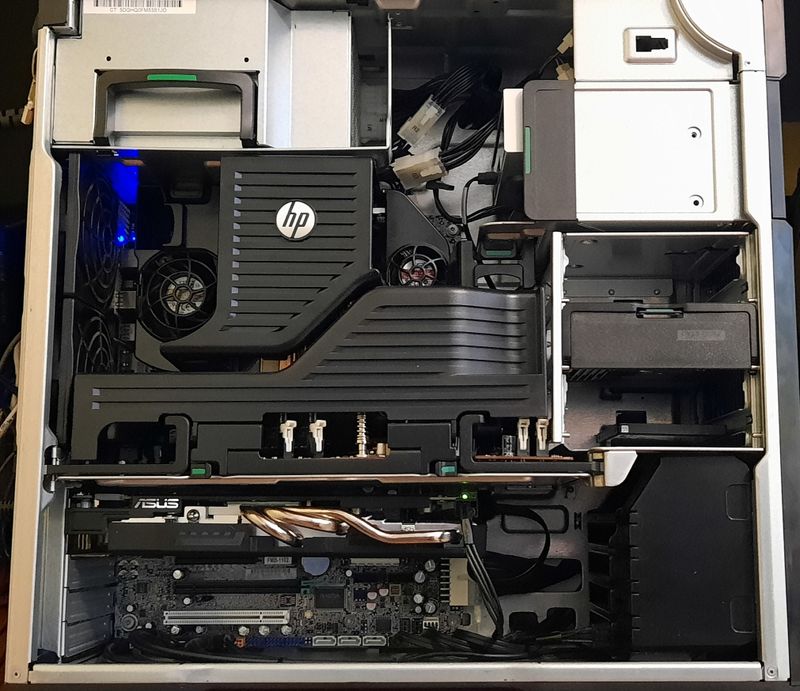 nvme based SSD's can only be used as data drives (no boot support) since the bios lacks nvme boot code,

do not use a consumer RST driver and do not use a RSTe driver higher than 4.6 as newer revs lack c602 chipset support

also, since you are doing video work and wish to use external drives i highly recommend you use a high-end USB 3 card that has a onboard PLX chip which allows EACH USB PORT TO RUN AT FULL USB 3.0 or 3.1-Gen 2 SPEEDS they can sometimes be found used on ebay

I was hoping to add 2 more internal SATA SSDs or regular hard drives with the rest being external USB 3.0 HDDs.

I bought one several years ago and move it to each new HP Workstation i buy.

-So I have a 3D NAND SSD. Is that the wrong kind of drive for my OS? (Actually I know my SSD isn't NVME so I should be good.)

-As for the RST issue, is that probably why the other ports are in-active and installing the one you listed should make them all work?

-Should I install both of the drivers you linked or just one?

On the USB 3.0 cards, do they allow the full 5Gpbs bandwidth per port or shared if all ports are used?

Sorry for the noob questions.

Here is my SSD label

you can ONLY RUN ONE RSTe Driver at a time, and as i pointed out the 4.6 version is preferred over the 4.3

So the 4.3 file is just one installer file while the 4.6 has multiple files none of which I see is an executable file so can you offer some Google search suggestions on how to install the 4.6 driver(s)?

i will not tell you this again, START READING INCLUDED DOCUMENTATION(S)

Really? You may have done this a bunch of times but I haven't. I'd say most people rarely read documentation to install something and whether or not that's a dumb thing to do, your loss of patience isn't really helpful in a forum where people need help. It doesn't matter anyway as my cdrom isn't working. Thanks for the helpful information before you turned nasty.

you really don't take the time to read do you? i said that the files i linked to were FROM the cd rom disk, not that they had to be run from cdrom

next, i'm not in the habit of repeating directions or information from help files that are included for the user to read and will not repeat things that are included in  help/read me files you want to install the RSTe driver? then i suggest you change your i don't bother reading included how to use files.................... to i have read the help file and still have a question

Nice buy.  There is a lot of potential in the workstation you've bought and it looks in great shape.  This forum has a lot of good advice to offer you, including from an enterprise level master of the ZX20 workstations.

Lets step back a bit... My advice is to focus on keeping it simple at this stage, and then you can think about adding in more complexity as you get things up and running stepwise.  Yes, the two gray SATA ports are SATA III.  The others on the motherboard are SATA II.  SATA III SSDs can run in the SATA II ports DGroves is mentioning just fine.  Your drive "drawers" in the workstation have numbers driven into the silver metal sides so you can see the designations.  Unless someone has messed with the cables they should still attach to the SATA ports as designated.  It is easy to figure out which drawer goes to what motherboard SATA connector with a flashlight and the cable labels.  So, boot SSD goes to SATA port 0 (gray) and a SATA III SSD should be used.  How to fit in a 2.5" SSD to a drawer built for a 3.5" HDD?

There are a couple of HP 5.25 to dual 2.5 form factor adapters.  One, mentioned above, has a fan.  The other does not.  SSDs run pretty cool and there is good airflow from front to back in these workstations especially if you make sure there is a front HP cooling fan kit installed.  Those two 5.25" bay adapters are K4T74AA (fan) and FX615AA (aka 570577-001), respectively.  If you search for that option part number you may see the non-fan one incorrectly shown in a picture.  The fan one has a black drive box and front fan, easy to recognize if you've seen the correct version once.

So, with those SATA II SCU and two gray SATA III drive ports properly running under the special drivers DGroves gave you you can have quite a few SSDs running at once.  I personally only need 2.  I run my boot/apps SATA SSD off SATA III port 0, and run my bigger documents SATA SSD off SATA III port 1.  I run the optical drive off the top black SATA II port up the motherboard a bit.  I don't do RAID.  I have some Z420s and Z620s, all version 2 boxes, running off the HP Z Turbo Drive as a boot device but I'd recommend you save that for later.  Much later.  Maybe never.  That can be "fiddly" to get working and honestly is not worth the trouble at this stage of your getting things up and running.

This bringing a Z620 up to its fullest potential can be complicated to get perfectly running with modern drivers, W10Pro64 21H1, and best modern SATA SSDs, but it can be done quite easily with experienced guidance.  A bit of advice... DGroves can be prickly but he is a good friend to have.