My question: Should I connect 1x 6-pin to the 8pin gpu and fill the remaining 2 pins  from my second 6-pin power cable ? 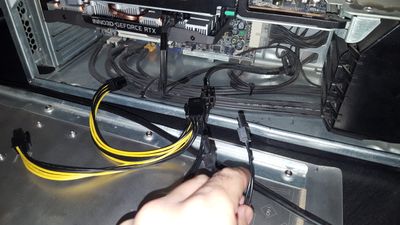 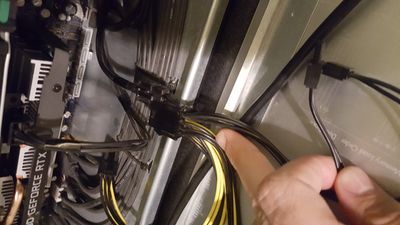 No.  I've posted more than 10 times here about the fact that the HP workstation's 6-pin plug auxiliary PCIe power supply cables are rated to much higher than the ATX standard (which is 75W from the cable, and 75W from the slot).  Try this:

Google "Z620 6 to 8 pin adapter".  Read up on the amperage that HP rates these cables to.  wattage = amperage x 12VDC in this case.  It is way over the ATX standard.  Hence, a 6-pin to 8-pin adapter is valid for HP workstation power supplies but not for consumer grade ATX power supplies.  HP sells an adapter up to their specs... it would be my first choice.  Others sell very good ones too.... you need to find the good ones.  Do not buy a cheap piece of thin-wired crxp.

I had the same question after I purchased a Radeon vii. The power consumption is rated at 300w which adequate for the card, however the rating of the Pcie slot states that a gpu greater than 225w is not supported. There for the AMD gpu kept crashing the machine at random intervals when the card would idle at 300w or then spike.

unfortunately it’s seems although the 6-8pins provide 300w, the pcie x16 slot will not support an AMD Radeon VII. The GTX 2080 super is pretty much on par with, if not better than the Radeon VII and rated in the same or slightly higher bracket of GPU, therefore I suspect you are encountering the same issue as me.

if you want to know if xxxxx card will work in a system, simply check what the highest performing card was that the vender offered, for HP systems the video card models are listed in the HP model "quickspecs" note the card model, then visit the card maker's website (nvidia/AMD) and lookup the power specs for that card model

if your card draws less, or at most 5/10 watts more than what the vendor's highest wattage card draws you can run the card safely in regards to power consumption

note that there are other factors that determine if a video card will work, older non UEFI based computers are one such example, ....most (but not all) non uefi based computers can not run the latest video cards due to their bios being unable to properly switch from uefi mode to legacy and due to this must stick with the older legacy only based  video cards,.... most of which are no longer available new

Thank you dear colleagues for your answers.

Indeed I found SDHs post about the G1 and G2 (the two auxiliary power cables, each rated at 12V 18A for GPU) . Both are powerfull enough to power the RTX 2060 super.

I bought a similar cable to what you posted 6p to 8p pcie power cable adapter. This cable is a cheap version, but I am looking now to order a original HP I found.