turn on suggested results
Auto-suggest helps you quickly narrow down your search results by suggesting possible matches as you type.
Showing results for
Search instead for
Did you mean:
Options
DGroves
Level 11
3,009 3,002 255 591
Message 21 of 56
1,791
Flag Post

After swapping the CPU, I got 8 beeps/flashes, and it fully reset. (Switched off and back on after a couple of seconds)

Came back with a lot less fan speed.

At first nothing more happened, although I could hear it reboot (the slight chirp from the speaker when it warm-reboot)

Decided to switch it back off and swap out the temporary video card for my regular card (GTX1060) as I wasn't sure that old card did actually work.

Switched back on to full fan speed. Again the 8 beeps 'n flashes. Again the full reset to a much quieter machine. And now the beep from my monitor indicating a wake from standby...

Removed the stick, system rebooted, and came back to a repeating 10 flashes/beeps.

Power back on; BIOS screen version 3.94!

Thank you all so much!! I'd almost started shopping for a replacement mainboard 😛

Now if you'll excuse me; I've got a CPU and a metric sh*tload of DIMMs to reinstall 😉

(Hope that other CPU still works though...) 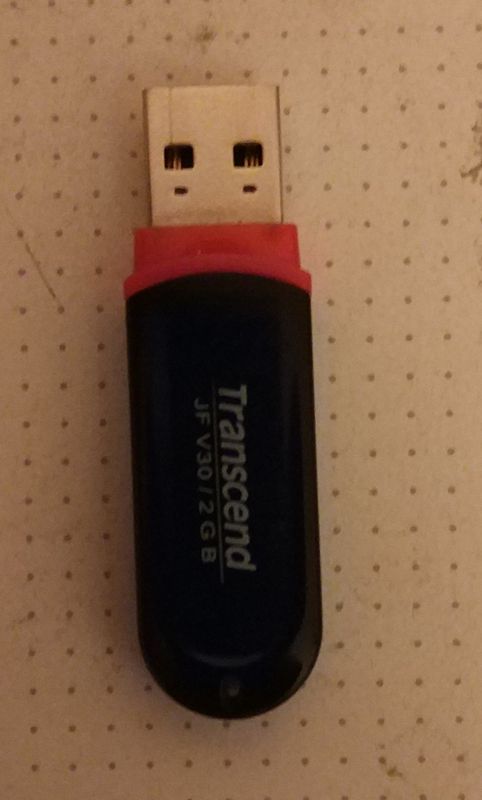 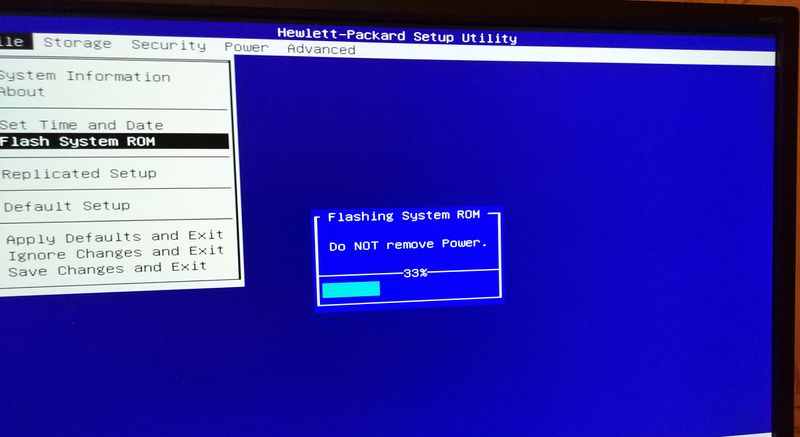 I myself am a poor man, I have to do everything myself. I'm writing through a translator
Google.


Crash system, blue screen and permanent non-switching. It will light up and go out and so it will be repeated all the time.

I searched a lot on the Internet, but found a way only with SDH

SDH, thank you so much for your hard work, you're super!)

But I'm not an expert, I tried to do the BIOS over the instructions, but nothing came of it. Maybe it will help someone. How am I still coping with the problem.

I did a lot of things, but it happened with the following actions.

1. I turned off all the disks.
2. Left the graphics card, the keyboard.
3. Removed power, pressed CMOS
4. The password jumper is not touched.
5. I switched the jumper E15
6. I used many flash drives, but none allowed me to replace the BIOS.
7. I took an old 2GB flash drive, reformatted the FAT 32 cluster 512, loaded it into v.92
8. And only then. Oh miracle) It all worked, several reboots and it came to life!
9. Without connecting Windows 10, it was updated via BIOS on the v.94.

A lot of attempts were, but did not get out only on the flash drive. You need a small hard disk, correctly formatted. I made large flash drives, created small partitions in them, but it did not work. Although I did not put a cluster of 512 there. It can work with large ones.


All good luck to everyone, you are the best, because you use the production of HP !!!!)

@SDH - thank you for taking an obvious great deal of time to document this. I too was in a state of dispear with a newly aquired HP Z620. Originally purchased from a reputable refurb company, the Z620 degraded rather quickly over a 24 hour period from working, to periodically working, to black screen/screaming fans/no POST.

Went through lots of, as many as I could find, troubleshooting steps and several CMOS resets. And at first I was reluctant to try the steps you have outlined assuming that the company from which I bought the PC would simply replace it, but curiosity got the best of me so I followed your instructions, the clarification to the post by Ashleigh-Paul was great. This post was key in my understanding oof how to proceed.

So for the sake of documentation, I will list my hardware and what items I used to get there - miraculously for me it worked the first time around.

USB Key Used: 8GB LaCie (the one that actually looks like a key)

First, unplugged all drives, reset cmos again and moved the E15 jumper. Formatted the 8GB USB key in Linux, FAT32, plugged into the top (black) front USB port on the Z620. Loaded the latest *.BIN file extracted from the 3.94 bios download at the root of the drive.

Everything ran without a hitch the first time around, though the number of beeps slightly differed (I think I had 9 beeps during the first set of beeps).

Thank you, I can only imagine if I had purchased the PC off of eBay for €600 ($700) were there is often little to no chance for return.

I tried your advices for solving this problem but it doesnt work.

I never hear the seven or 8 blinks/beeps.

I used different USB-Sticks with 512 MB

With the first Stick it blinks once, then the fans turn up to fullsped and the light is reapeating flashing two times, till i switch the power of.

With the second Stick :

-realy quite crackle from the speaker at the end of the 4th blink.

-realy quite crackle from the speaker at the end of the 4th blink.

-then the fans turn up to fullsped and the light is reapeating flashing two times, till i switch the power of.

HP: The Diagnostic LED blinks red 4 times and the system beeps 4 times (once per second), then a 2-second pause follows:
This indicates power failure. I am pretty sure, that there is no failure at the hardware?

At this point i realy dont know how to carry on. :HalfEyes:

are you using a usb 2.0 port? the recovery does not support usb 3.0 as far as i know

Thanks for your reply!

I use the one at the front and two from the back.

But when i use them on the back it only blinks once.

have you done the power supply test? remove all power connections from the board and devices, then connect pwr cable to the supply, fan should spin and Led light inside power supply by exaust grill will be on

if the supply checks out reconnect supply and try reseating cpu if no change, replace cpu

Yes, i checkt the Power Supply. Both is working. Led and Fan

I replaced the CPU -> Nothing changed.

If i connect an Keyboard i get other results. For every different USB-Key i get different results.

Okay, now i get once the 8 beeps/blinks. But only once. And nothing else happend.

No screen, no restart or smothing else.

Now, if i restart the procedure,  there is no red light and no beeps. Idk if this is good or bad :`-)