I want to install a high end gaming graphics card on the server we have in our office. From what I read, the server fully supports professional grade graphics cards like Nvidia Quadro, Nvidia Tesla, Nvidia GRID, etc. Those cards are over priced and will not give me the performance I need or will give me the same performance as a high end GTX for 3-4 times the price. It didn't say anything about supporting gaming graphics cards but I saw a video on YouTube of some guy who installed GTX 960 on the exact same server and everything was working properly.

Right now I own an Nvidia GTX 980 Ti (on my desktop), so I don't mind trying it on the server before buying a 1080 Ti for it. The 980 Ti requires 2x8 pin for power, I tried placing it inside the server but it's too big, so I guess I need the secondary "riser kit" to be able to fit it inside, I know that I need the second CPU to be installed in order to add the second riser kit, we already have 2 CPUs. I think I will also need the cable from the 10 pin on the riser to 8x2 (16pin) on the card.

You may also want to post your question on the HPE Community Support Forum -- DL Servers section...

I've recently did just that - successfully installed GTX1080Ti into HP380gen9.

There's still not much info about that on the web, so I'll share my own experience: 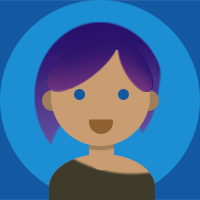 Hello, could you send me the link to this Gen9 cable? Unfortunately I'm not able to find it. Thanks!

I've sent you a link via PM (not sure if posting links is allowed here).

Hi Lezz. Would love to ask some advice around this. I also have an HP proliant DL580 gen9 which is large enough for 5 full size cards but I am uncertain about the PciE power cables and if it will work with 1080ti gtx FE gpu? How can I contact you via PM ? My email is [edited]. Thanks

I can only suggest you to check default configurations, suggested by HP - whether or not they have options with like 5 GPUs 250-300W each. If they do have such options, you should be able to create cables yourself (Soldering is the most simple part here).

But you might also run into limitations, related to GPU physical dimensions, power connector location and etc. Without trial&error it would be really difficult to tell whether or not they would actually fit.

I doubt I would be able to add anything useful via PM.

I have ordered gen8 cable but looking on your images of gen8 its NOT the same...
I have here even gen7 cable...
that mean my gen8 are not with same as you showcased in the link.

Yes, I did the same mistake (see above).

There's no official documents describing that pinout. I've looked for them for quite a while before purchasing that gen9 cable.

But now you can simply take a look at my photos. Yellows are +12V, blacks are GND.

Absolutely no warranty, of course.