I’m looking at buying an older system the z210 LW007PA#ABG from a guy off eBay, I’m wanting to upgrade the graphics card to an nvidia quadro fx 1800, the system has on board graphics card, I got the guy to check in the bios to try and find where the on board card is to see if it can be disabled, he sent me a video of him looking for it but there is no option that we could see to disable the on board card, the mother board has the slots for dedicated graphics card but we’re not sure if it can be upgraded, also does the power supply provide power cable needed to supply power to the quadro fx 1800? Is this specific model z210 LW007PA#ABG allow graphics card upgrade?

thanks for your help guys.

for the z210 SFF model, any video card must not use a AUX gpu power connector (card must draw less than 75 watts)

Thank you for your help with this.

When installing a dedicated GPU, the on-board graphics should automatically be disabled.

The z210 SSF, due to the case dimensions and 240W power supply  will have important limitations as to the graphics card; size and power requirements.

Thanks for that information,

i was wrong in my original post the card I have is a quadro fx3800 sorry, I checked the specs its max power is 108watts and draws power from the power pin connector, so I would assume I can not use this card in this machine, correct?

thank you for your help.

i didn’t really want to downgrade the card but I could still use one of those cards if needed.

Yes, avoid any GPU that requires a power connection.  The slot provides 75W, so check each potential choice for a 75W or less rating. It should also be a single height card with a single blower-style fan. Workstation cases are designed to be quiet such that the air flow is not as efficient as modern gaming cases. The multiple fan /open heat sinks allow the GPU heat to build up in the case.

I would suggest the K2200 as the best long term,  if there's any 3D modeling or GPU rendering involved, and reasonably priced Quadro.  The K620 2GB is in my view the absolutely  minimum Quadro - that is unless it's only a server monitor card.  I have an ancient Dell Poweredge 2600 server and the monitor is run on an FX580.

BambiboomZ,....i beg to differ with your statement that

all tier one workstation venders (HP/Dell/Lenovo/supermicro and possibly others i am forgetting) sell workstations with cases that they design and test for airflow, and since they know exactly which (and how many) cards/cpu/heatsinks/ram will be installed they will also specify which slot a specific card works best in in many cases. this allows the workstation vender to tune the system such that they know almost to the watt how much a system generates in heat, and how many watts it will consume in power as such the cooling systems are rather quiet and efficient when staying with the OEM qualified parts

most gaming cases i have seen seem to be preoccupied with bling RGB lighting and how many fans they can stuff in a case rather than actually doing comprehensive airflow testing....  more fans is not always better!! even the tier one case makers like cooler master may not do testing as through as a OEM workstation maker like HP does

where  mid/high end cases excel is the ability of the user to choose a case that fits their needs as workstations are limited in choices, however with that freedom to choose a case comes the responsibility of the buyer to determine if a case has adequate cooling and sadly this is something most case makers fail to show any data on so it's next to impossible to actually find out just how well a case does cool

Reviewing a quite a number of controlled thermal tests of PC cases over the years  demonstrates that gaming cases have a much higher total fan area running at higher RPM , and the fans of gaming cases are located closer to the surface and may be located on a greater variety of surfaces.  No proprietary workstation case  has fan / radiator mounting  on the top and/or sides.  The fascia fans on workstations are usually limited to a single, medium diameter lower fan while gaming cases may have the entire front a stack of of 120mm or 140mm fans: 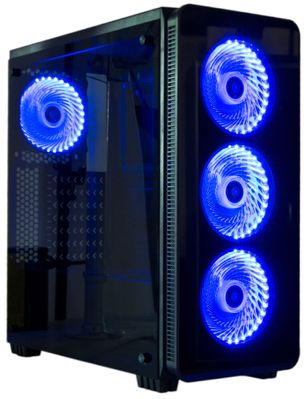 Many gaming cases will have a large proportion of the top available for mounting liquid cooling radiators: 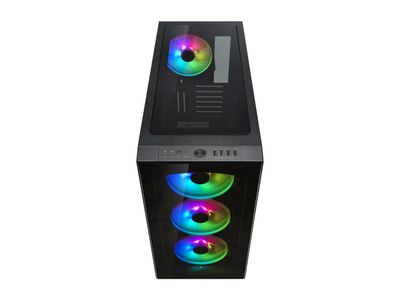 There are some cases with fans on the bottom, the idea being that there is a vertical air flow  in through the elevated bottom and exhausted out the multiple fans on the top.

These surface-mounted fans produce a much higher internal air flow, but the location on the surface adds to the noise emanated: undesirable on a workstation.

For contrast, workstation cases have the fans located well inside the case.  The HP Z6: 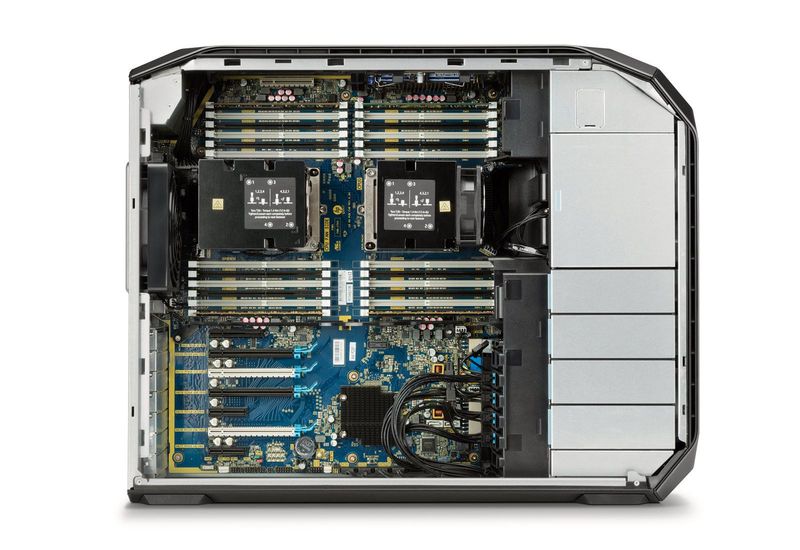 The only surface mounted fan is the back panel exhaust fan.  This design has shrouds configured such that the front CPU heat does not contribute to the heat of the rear CPU.

Also, all workstation GPU's are designed with blower-style fans to conduct the GPU heat out of the the back of the case: Quadro RTX 4000: 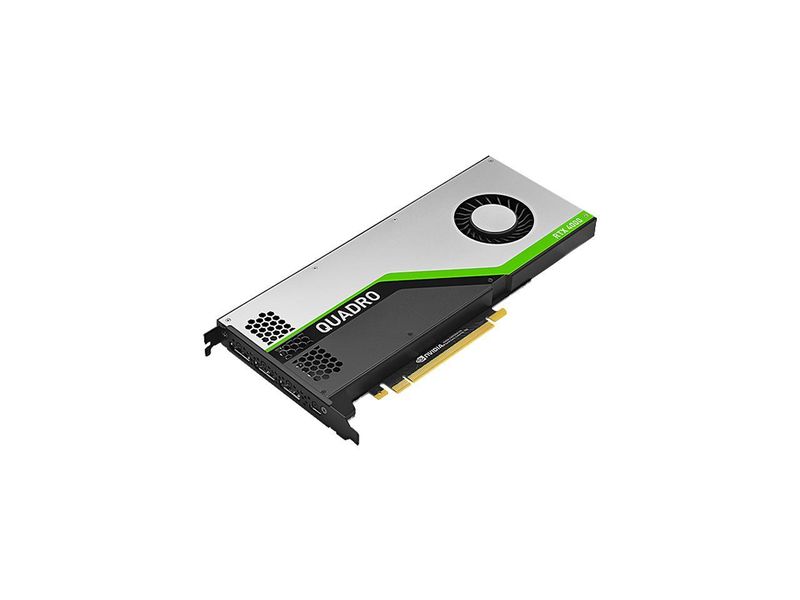 > and that is so the GPU heat is mostly shoved out the rear panel and doesn't contribute to the internal heat in cases having lower air flow. Workstation GPU's also typically have lower power limits, which can't be altered, and are not overclockable so as to limit the heat contribution to the case. I use a GTX 1070 Ti 8GB in a z620- ostensibly a gaming GPU, and usually with two or three large fans but this one is an MSI Aero with a blower: 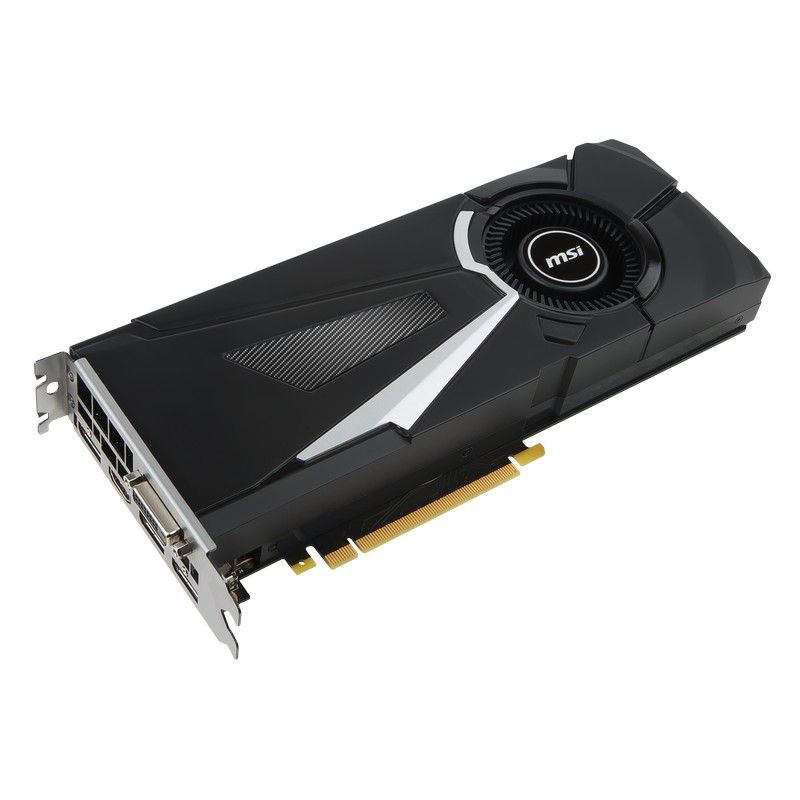 Gaming GPU's may have up to three large fans that blow down through the heatsink and are exhausted on all sides. Most NVIDIA RTX 2070 Super: 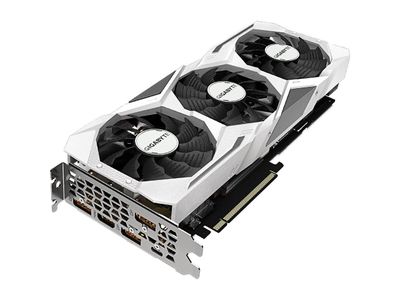 Yes, workstation cases - and GPU's- are carefully designed for thermal control, but the WS designs have a much higher priority of noise control than for gaming use.

There are certainly those who build systems for workstation uses that employ gaming cases with multiple surface mounted fans and/or liquid radiators, but in twenty years I've never seen an HP, Dell, Lenovo, or Supermicro  WS designed in that way.

moving air, and moving air in sufficient quantity where it needs to go are not the same thing,......

and i've never seen a workstation case that has improper cooling,....but i can't say the same for 3rd party cases

cpu that the factory fan/heatsink cooled