HOW TO SET UP SSD RAID 1

Hi all.  I'm working on Z2 G4 with i5-9500 CPU and I would upgrade it installing two 1TB SSD NVME. I need to install OS (Win 10 pro 64) on them in RAID 1 configuration (motoring). Unfortunately the  Intel raid configuration bios utility doesn't permit to select SSD. Somebody have a solution ?

your system does support raid 1, the system does not differentiate between ssd or mech drives it treats both the same

i don't personally own this model so i can't give you specific steps, but since raid-1 is is just a mirror array i know the onboard hardware is capable of this for a data drive, not sure about a boot configuration however but i see no reason why it also should not work please read the manual(s) for your system

please list the steps you are trying to use

I'm sorry but  I don't think so. The system support RAID 0,1 with embededd Intel RST software. In fact there is the Intel BIOS utility to configure it before OS boot. Unfortunately seems that SSD NVME aren't recognized as you can see on the pic. May be it's necessary update it but on HP support  the P/N and S/N of my WS aren't recognized.....  Ideas ? 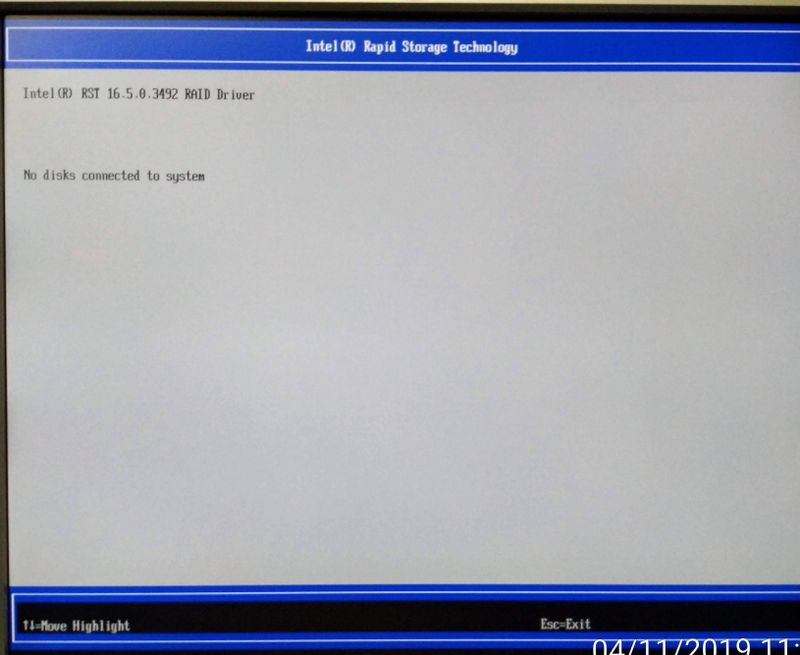 if your SSD's are SATA and not SAS, and are functional units with working/good sata cables then the system will see the drives

as i stated, there is no difference between a SATA interface based drive it does not matter if it's a mechanical drive or solid state the sata interface is the exact same between them

My be you loose where I wrote that are SSD  have NVME interface not SATA, this is the question.

as i previously stated, the intel controller on your workstation may not support booting from a raid array, however you will need UEFI enabled along with secure boot in the bios settings if it does support this feature

on the z820/840 series workstations, you can not boot a raid array using the intel software raid (RSTe) you had to use the motherboards embedded LSI raid controller if the Z2's controller is the same then this is your problem and you will have to install a PCI-e Raid controller, or a 3rd party pci-e card that has the necessary hardware onboard to do raid 0/1 and supports nvme

I'm sorry but this is not correct. In fact it's possible to create RAID configuration with Intel RST BIOS utility (with driver) and install OS on it.

You can see on the pics I attach. In this case I tested two SATA HDD but it works well with SATA SSD. 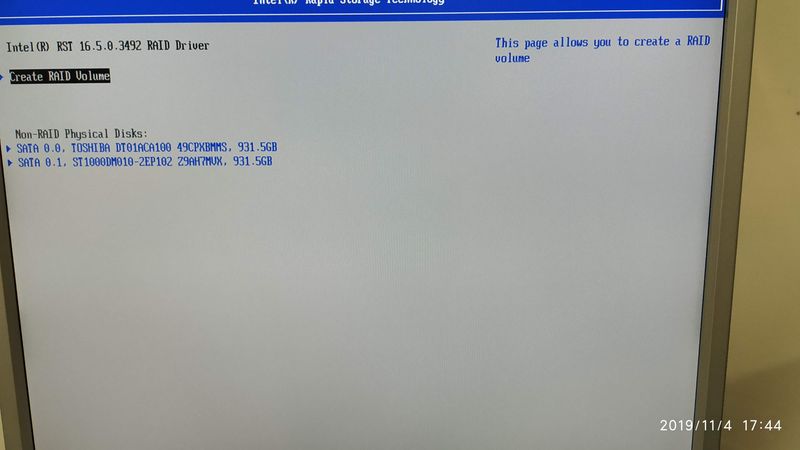 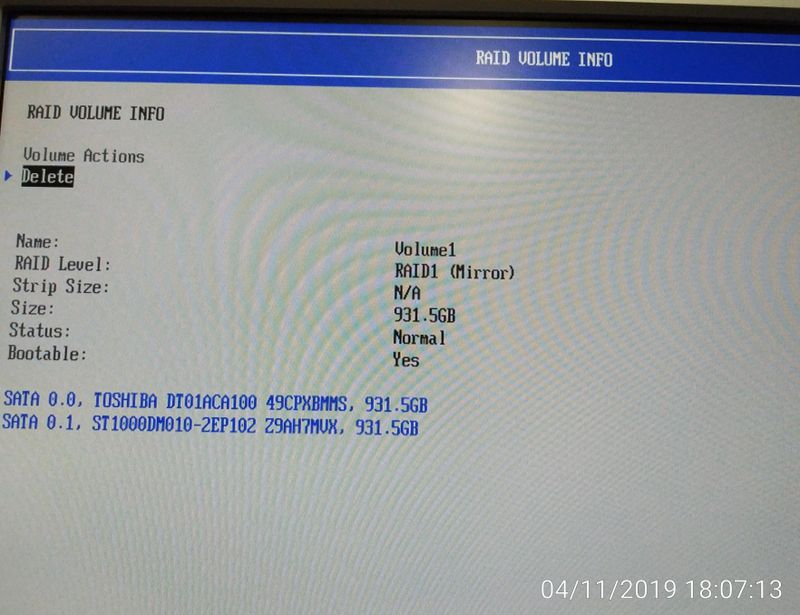 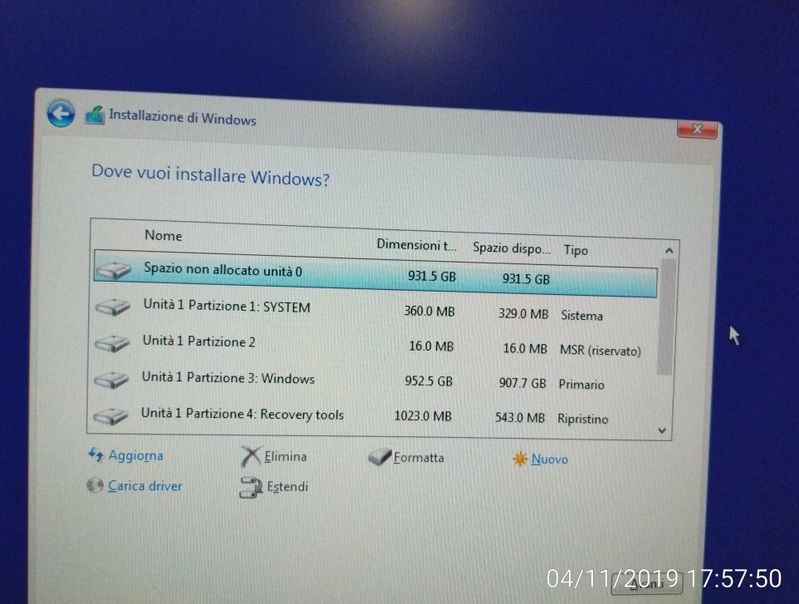 Did you perhaps find a solution ?

I have the same problem, an HP Z2 G4 with 2 identic SSD M.2 that are plugged in NVME Slot SDD0 and SSD1.

The BIOS do not find anything, the RST Tool in BIOS does not see also thes 2 SSD.

I have read some forums, topics and HP manual but do not find something.

My distributor tell me that it needs to work (but not how 😉) because the specs write:

So I need the (Hardware) Boot Configuration.

He also tell that we need no external controller card.

Thanks and best regards

first you fail to mention the EXACT model HP Z2 G4 you have, only the xeon model has two m.2 slots on the motherboard the intel version of the Z4 does not

next you fail to state the model SSD's you have

you fail to state the current bios configuration (are you in Raid+Ahci mode?)

Last, i've answered this question already use the sites "SEARCH" feature next time

the HP Z4 G4  does have a M.2 slot plus 2 custom M.2 slots on the motherboard,  these slots  are also software driven raid and like the intel RSTe setup can not normally be made bootable if raiding the drives

the above two methods can be setup as DATA non booting raid configurations, just not as booting raid unless you buy the optional intel VROC option

the , Z4 (z6/z8) supports HW bootable RAID on m.2 NVME drives similar to bootable RST raid on SATA but you have to buy additional chip called VROC and plug it into VROC header on motherboard. 2 versions of a chip, see

For NVMe RAID, Intel® VROC is architected to use Intel® VMD to provide the following new features that Intel® RSTe legacy NVMe RAID does not have: • Bootable RAID • RAID5 Double Fault Protection • Support for HP qualified SSDs as well as Intel® SSDs

standard VROC price should be around  100 USD

After spending more than a month sending screen shots, repeated emails, absurd phone calls with HP technical support, I concluded that it is not possible to use two NVME SSDs in a RAID configuration (although INTEL told me that on their M/B it works).
I decided to use two SATA SSDs in spite of those who say that RST does not allow you to configure a BOOT RAID.

It works perfectly. Slower than NVME SSD, but it works.