I would like to know the role of the capacitor in the picture.

My thinking is that since the component density on the motherboard in that area is low, the capacitor very next to the memory fan connector is probably related to the fan's operation.

Also, the G1 version seems to have a similar layout in the area with the same capacitor in the same place. Below is a picture with the above mentioned capacitor pointed by a red arrow. Thank you for your time. 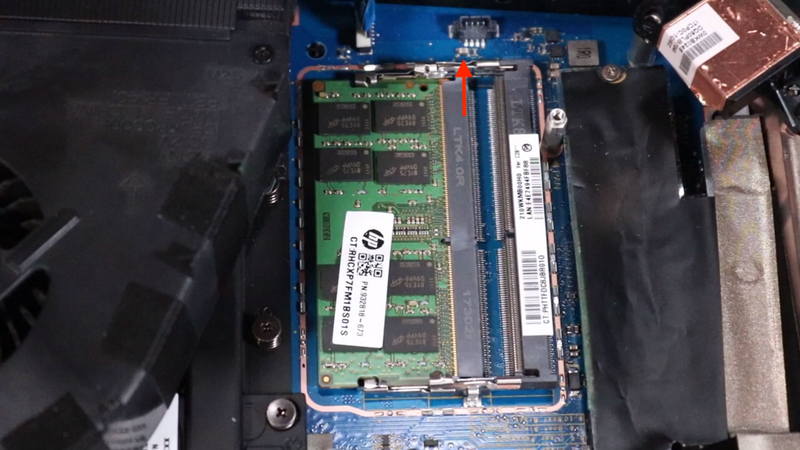 I guess the problem can be regarded as solved now. Many thanks to DGroves for helping me to solve it.

I called HP support and was told that schematics are not publicly available. How else could I figure out what the capacitor is responsible for?

I saw that one end of this capacitor is connected to the memory fan connector. I ran the SpeedFan 4.52 software.

When the computer is idle, it shows Fan1 at about 1200 RPM and Fan2 at about 400 RPM. When I ran a demanding game, I can see that both fans physically speed up, judging by increased noise and airflow. SpeedFan shows Fan1 jump to about 2400 RPM, but Fan2 strangely enough jumps down to about 200 RPM.

Could somebody, who owns an HP VR Backpack G2 Workstation, run the SpeedFan 4.52 software and report here both fan speeds when both idle and running a demanding software or game? Thank you.

either way if the board works leave it alone, don't replace it,  run it as is until/if it develops a issue

Thank you for the reply. Unfortunately, there are no any pinouts in the maintenance and service guide that is available at the product's support page. It is a four-pin fan and the wire colors are black, grey, brown and blue. Attached is a picture. From what I've found they are ground, power, tach and PWM respectively, but I might be wrong. Could you or anyone else confirm? If I remember correctly, the capacitor is connected to the tach pin. In this case, will it only affect the reading RPM? 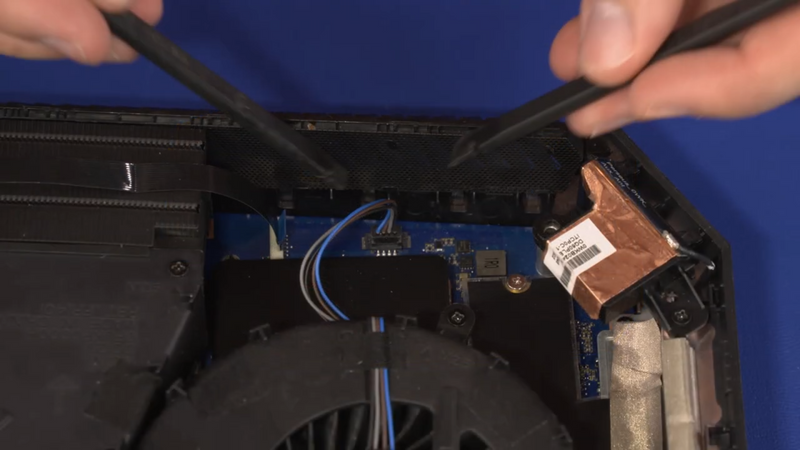 I guess the problem can be regarded as solved now. Many thanks to DGroves for helping me to solve it.