I'm using three HP Z420 workstations in my office. We run a small engineering company and workstations are primarily used for CAD.

Two are used as working computers and third is used as data server. We decided that it is enough for us to use regular workstation as a data server. It works great for some time now. This Z420 had hardware RAID 1 (two WD red 1 TB HDDs) set before OS instalation and everything is working great.

Is it possible to set up hardware RAID 1 configuration after the OS was installed so everything will remain intact? What is the proper procedure? Or I should leave it alone? Do I need exactly same SSD pairs or not?

The other question goes to mail reporting setup in Intel RST software. I want to set it up on our server workstation and it looks like I need my own smtp host on my server or it can't be done. Is there any other possibility to get RAID 1 status on my personal e-mail? The computer I use as a server doesn't have a display and I don't connect remotely every day and this would be great for RAID 1 status checking. 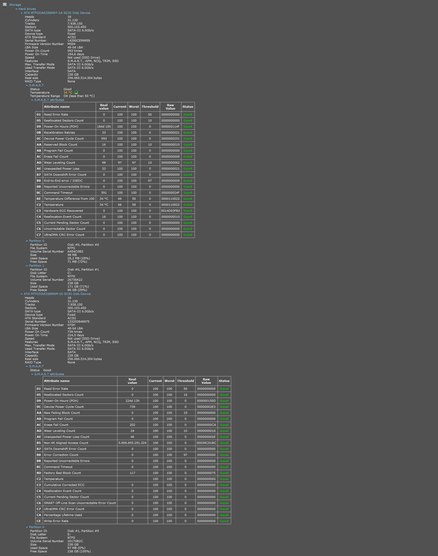 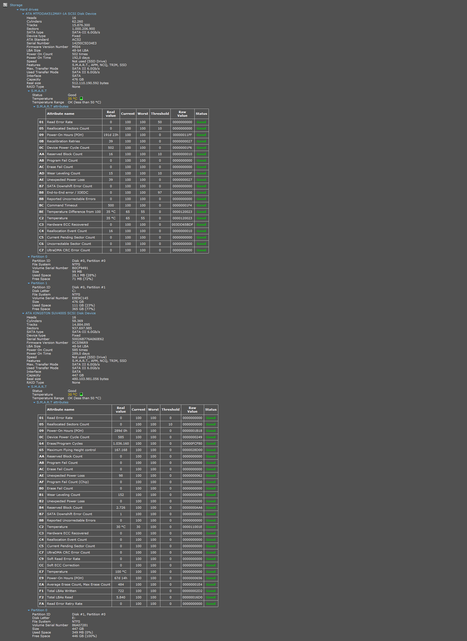 first of all the stock z420 does not have a Hardware Raid controller, such controllers have a CPU and onboard ram

a controller like this, was/is available as a optional card such as a LSI 9260 this card will only do raid (no JBOD)

fowever this does not mean it will work without data loss!!! you should allways backup data before doing something like this

the z420 uses the onboard  Intel RST chipset to provide a  raid controller that is mostly software based, but has some hardware raid parts

Thanks for answer. I got some thing sorted now. I always thought that it was full hardware RAID with controller alredy installed on Z420's motherboard.

I searched the web araound a bit and I don't like the answers. If someone can say from experiences that he has achieved what I want and describe me the procedure, I will try it.

But I was also thinking about software RAID. Is it possible to set software RAID in OS with Intel RST without changing settings in BIOS? What do I loose with this kind of RAID setup instead of regular?

i have the z800 and z820 which are the full tower models and they also do not have a full hardware raid controller the LSI ROC (Raid On Chip) used lacks onboard ram, as such raid 5 is quite slow, and only raid 0/1 are really usefull

however the controller has a high bandwidth, and excells in video related work  for xfering large continous data sets

ssd's are constantly changing nand used/controllers type  and ssd drive sizes/models, trying to use a replacement ssd that uses a diffrent nand , controller, or size is just asking for problems down the road this is why ssd's used in business are more expensive as the drive models and hardware on said model are much less likely to change, and if it does the drive maker or oem will test the replacement to confirm the replacement will work the same as the original model ssd

the lsi 9270 card has  full support for SSD's and is well supported, but the 9260 also works fairly well, it just lacks some optional addons that the 9270 has as standard

whichever way you go, i would start by backing up the current data set(s), then create the array place some test data on it, then remove a drive to get a failed array and then see if you can recover the array

testing the backup/recovery BEFORE THERE IS A PROBLEM, will go a long way to peace of mind when a drive really fails

the intel RST package does support raid 0/1 rather well, but being a software based solution has some limitations reguarding performance which shows in heavy use  the setup describe is not a heavy use pattern so i think performance wise you will not have a issue

last,.. most people fail to read the directions/recovery steps included with the RST package, when a drive fails, you must first mark the faild drive as bad and then remove it from the array before physically removing the failed drive

then install the replacement drive and add it to the array, the rst console will then begin the rebuild

and a side note, drives used in a RST array sometimes have issues when used as a single non raided drive, this can be fixed by running a Linux GPARTED command on the drive which will remove the raid code that was written to the drive by the RST console

Ok. Thanks for explanation.

I've decided I will not try to setup RAID 1 on my workstations for now, because I will have some work with new OS setup. I will do it when I will install setup from beginning.

Maybe I can describe my whole network setup in more details and you will see why RAID 1 is not so important on my two working workstations. Maybe someone can also point weak points in our setup.

Workstation 0 is our database workstation. It runs on Windows 7 x64 and it has RAID 1 setup with two WD red series HDDs. Everything here is under RAID 1. OS and all the data.

Workstations 1 and 2 are our working pcs. We do our regular CAD work here and we have no data on them, except OS and all the software.

If one of my SSD on workstations 1 and 2 fails I will set it up from beginning and the set it up with RAID 1 with same type of disks and a same spare on the side. I also have one aditional workstation on the side (older one) and one laptop workstation so work is possible even if something goes wrong on workstation 1 and 2.

As you can see I have some weak points in my setup, but I think they outweigh all the testing and seting up.

last,.. most people fail to read the directions/recovery steps included with the RST package, when a drive fails, you must first mark the faild drive as bad and then remove it from the array before physically removing the failed drive

then install the replacement drive and add it to the array, the rst console will then begin the rebuild

This is new for me and I would ask for some more explanation. It may come handy when RAID 1 on our 0 workstation needs rebiulding. Where do I mark the drive bad in RST software? There is also nothing written in help for RAID 1, just RAID 0, RAID 5 and RAID 10. 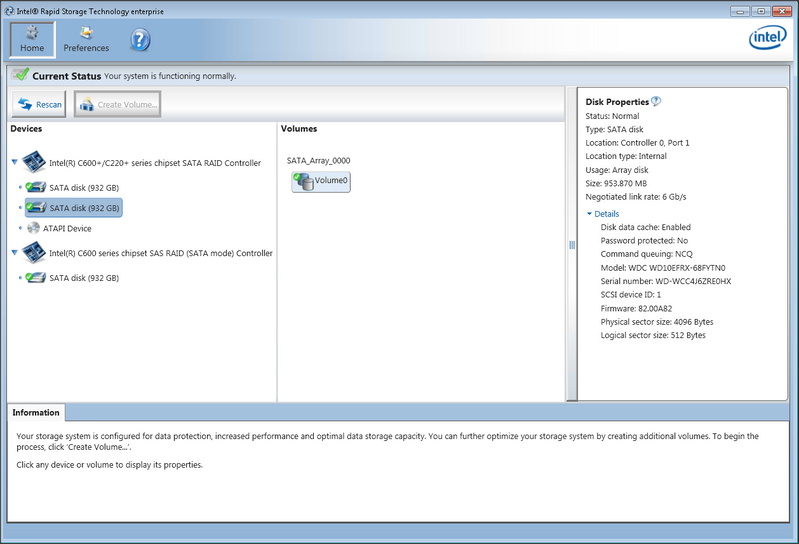 And I have some problems setting the email reporting in RST. Any pointers how to set it, so I get disk status to my persnonal emails? 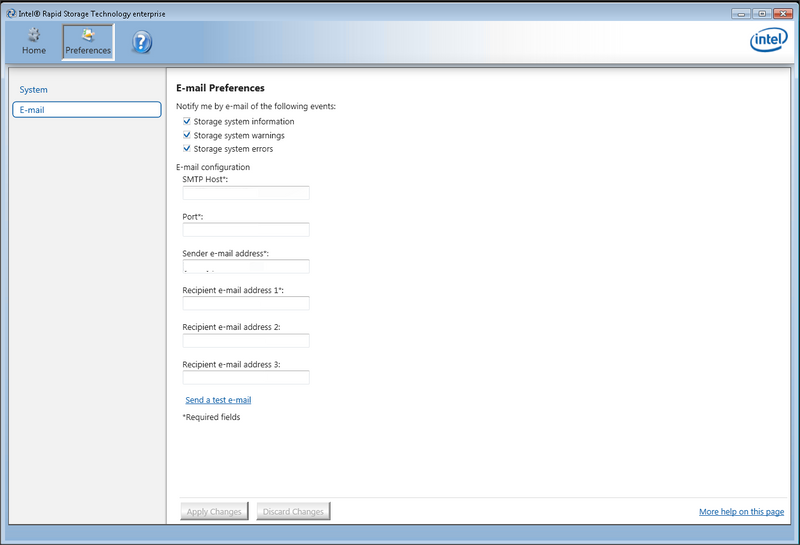