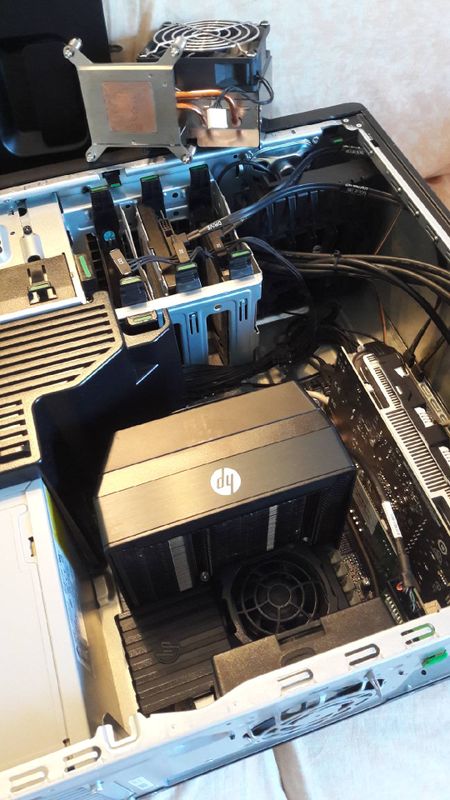 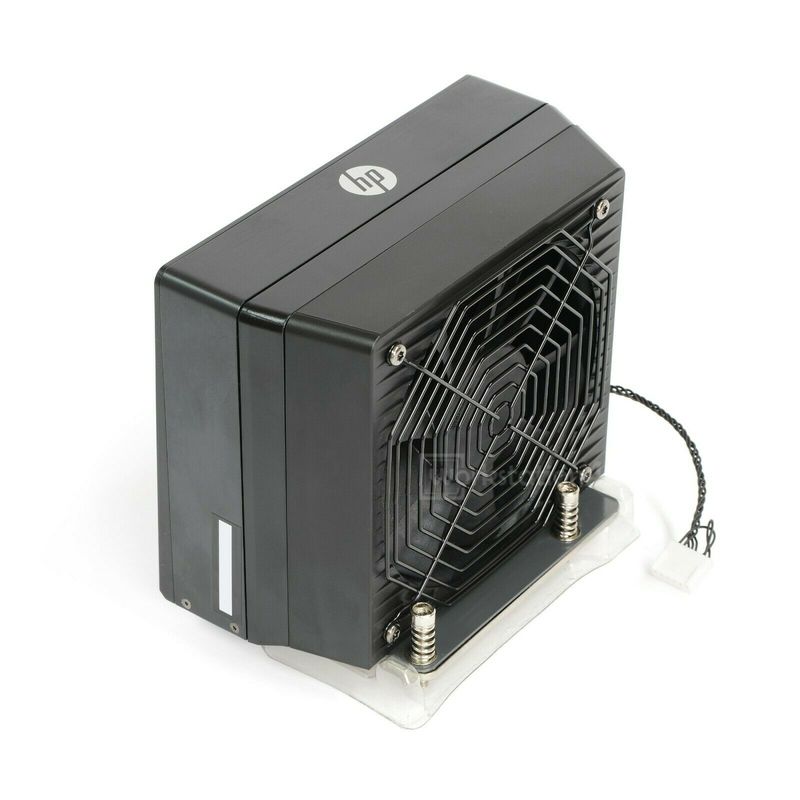 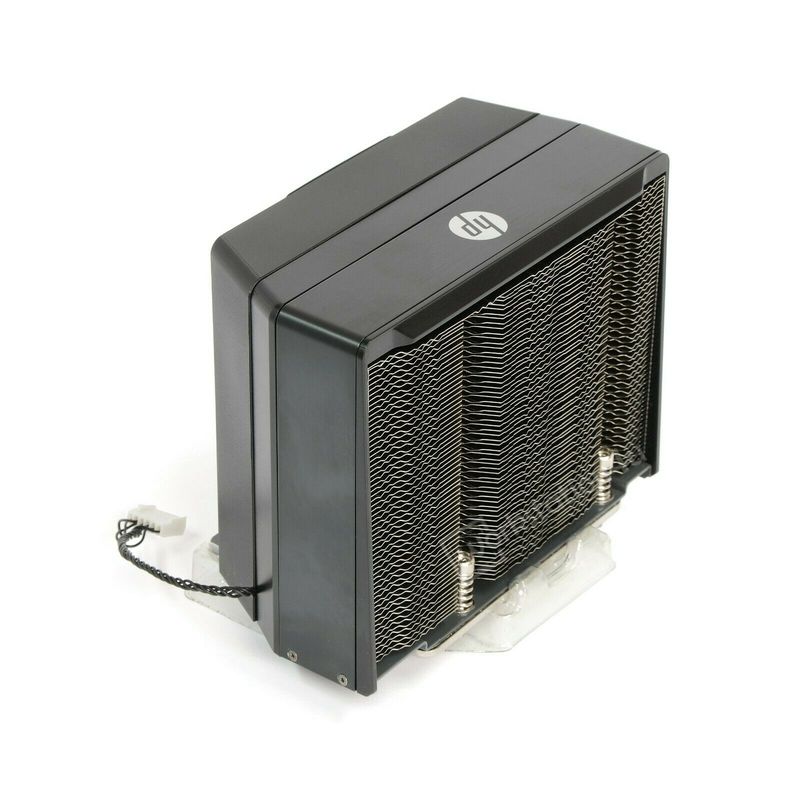 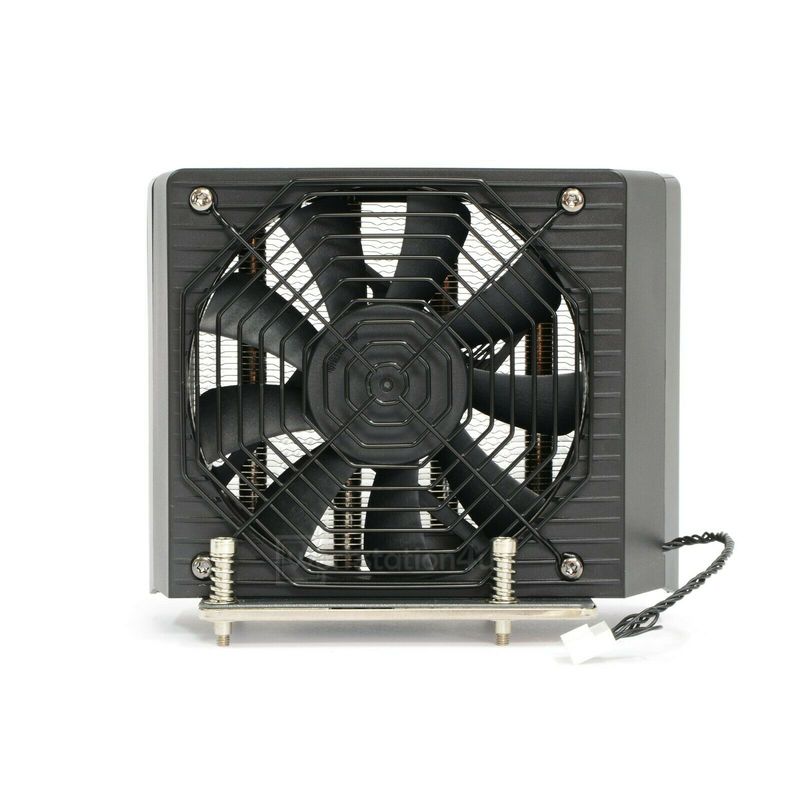 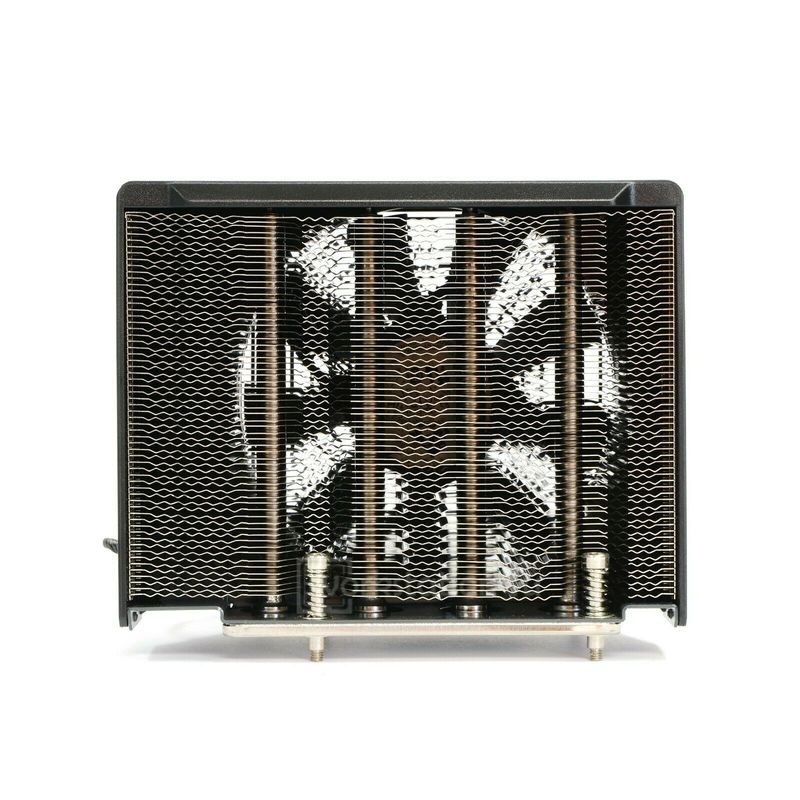 Note that this ventirad has 6 pins, so we will only connect PIN 1 to 5 :

John... thanks.  I have been looking for one of those at a reasonable price but no luck here.  Did you find a good source?

I'm still using the Z440 stock large version in our single-processor Z420 and Z620 builds that we want to overclock, but those are only about $15.00-20.00 USD currently.  Yours is nicer and has even more surface area than the stock large Z440 one, due to the ripples HP added to each aluminum cooling plate.  These nice big heatsinks both won't fit into a Z620 or Z640 dual-processor build because the riser for the second processor takes up too much room.  They sure are great for hot single-processor builds. 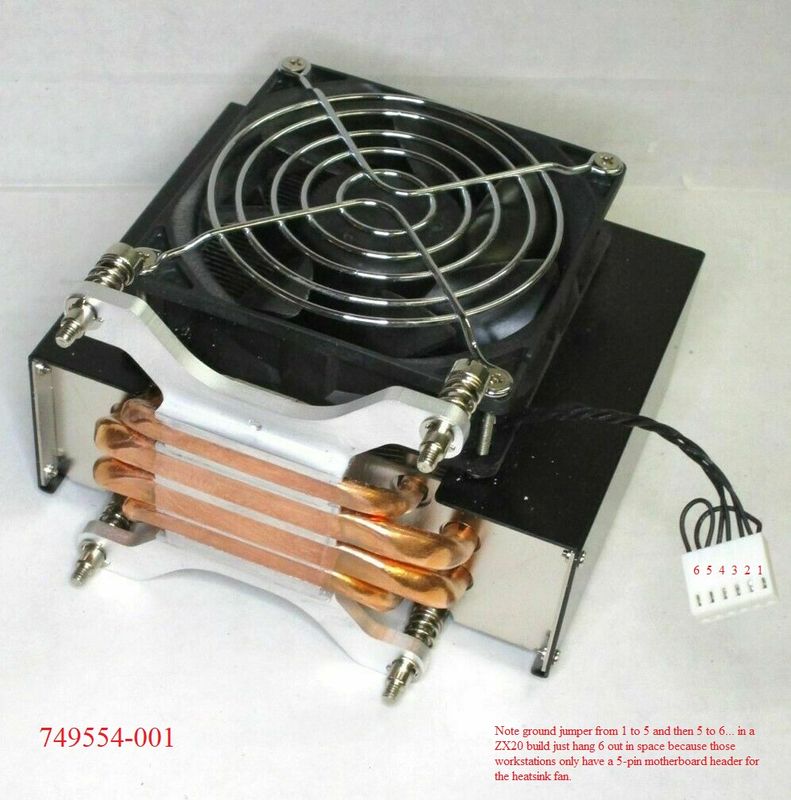 I found it new on Ebay, coming from Germany (sold by Workstation4u, workstation specialist), and new for 195 €. Otherwise I think you can find it directly on their website www.workstation4u.de .

I would add that on the Z420 this wide cooler can be adapted to the millimeter, no need to sacrifice the memory fan placed just behind.

Another subject that may make people angry during the next release of Microsoft Windows 11... I tested the compatibility of my Z420 v2 with the Microsoft "PC Healt Check" tool, and to my great surprise its Intel Xeon E5-2680 v2 processor (released in 2013) will apparently not be supported by Windows 11 !

So you might as well say that Microsoft will leave a large part of the current computers on the side of the road, not everyone has the means to replace their computer hardware with a snap of the fingers... However, this is not M$'s policy, as it is only looking for a dominant position and profit (profit also for HP which will be able to boost its sales). But it's true that VMware does exactly the same thing with its Vsphere Hypervisor, with each new version it (voluntarily) restricts the list of recognized hardware (E5-2680 v2 not supported after version 7.0, but can be very easily bypassed via a simple official and documented modification of a command line at installation and then of 2 configuration files on the hypervisor)...

So goes the world !

[EDIT] : Finally the Microsoft tool "PC Healt Check" is imprecise... I just used a freeware "WhyNotWin11", and there I got a much better answer : 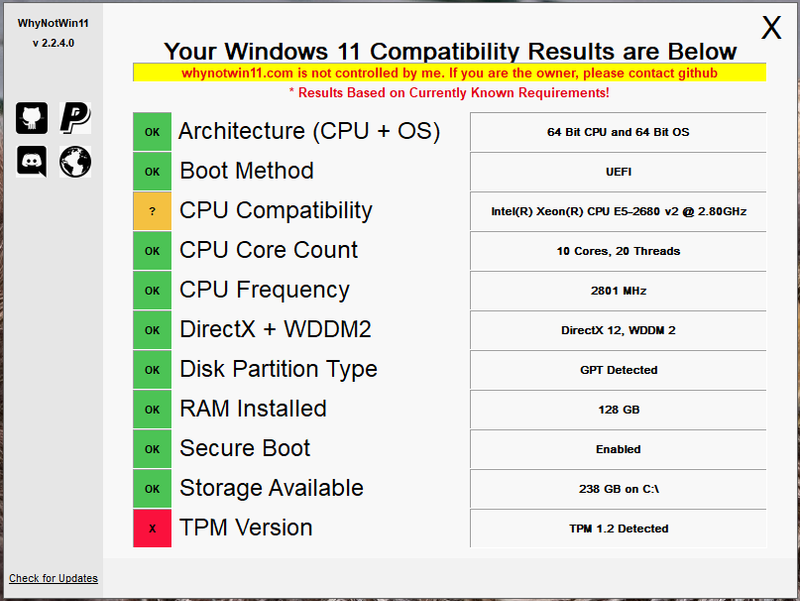 So we'll have to wait for new informations from Microsoft, and an update of their "PC Healt Check".

With HP Z440 Z Cooler SILENT W 3D Vapor P/N N3R51AV we have to have the front fan, can't we do without it without having to press F1 at startup ?

John,  If the installed processor requires the Performance heatsink/fan you surely have one there, and an error message that would otherwise be generated by the motherboard will not be.... so no need to press F1.  There has been generation of an error message on some of the HP workstations if they did not see a front "PCI" cooling fan attached to the motherboard header at the bottom front corner area.  I can't remember if the Z420 would throw that error.  I have a habit of always adding in a front cooling fan either by an official HP front fan kit, or by my "Ghetto Mod" method that you might be able to find via the search feature in the forum or via Google with HP Ghetto Mod as your search.

Regardless of the cost yours is a very fine cooler... I'm working on a project to modify a Z820 Vapor Cooler to use with an attached proper HP PWM cooling fan.  Another ghetto mod, but from Beverly Hills...

Thank you for your answer. In fact when I bought the Z420 it was equipped with the E5-2670 at 115W, and did not have the front cooler. It also had the standard Z420 HP fan that you can see in my picture. I changed the processor by E5-2680 v2 at 115 Watt too, and I didn't need to press F1 at startup. When I tested the HP watercooling (way too noisy) then I had to mount the front cooler otherwise I had the F1, and ditto with the current big performance cooler. I think that the motherboard knows how to detect a performance cooler and therefore asks for the front cooler even if I don't have the Xeon at 150 Watt.

It's not a big deal anyway, the Z420 is very quiet, and the temperature is more than reasonable.

Try this.... many of the HP workstations have an option available in BIOS to let the boot process proceed if the detected error is "recoverable".  That is... the motherboard detects a minor issue but the OS can safely proceed to boot normally without pushing F1 to let it proceed.  The default for that is to have the boot stop until you make a choice to hit F1 and let boot proceed.  In your case you are having to do that every boot if I understand things correctly.  To get rid of that hassle toggle over to the option, from the default:

For the ZX20 workstations F10 into BIOS, go over to the "Advanced" tab, to to "Power-On Options", do down to Bypass F1, toggle that to Enable.  Save the change on the way out of BIOS.  I usually keep that to the default of Disabled, but would change it over if I was dealing with your issue.  In the service manual that feature is described as quite limited but my recall is that it also has fixed the issue you describe.

Attached as a PDF is a little part document I made years ago to help finding the Z420 front fan and black plastic fan holder... you could use that to find the best value... make sure to get one with the fan included.

Thank you for taking the time to read me and then respond to me.

I have indeed tried this option in the bios, but at boot time I am still stuck on the "F1". If I put back the original "small" fan cooler then I can do without the front cooler.

I also tried with the original NV300 in place of my Geforce, but same thing.

Well, it's not too bad to keep the front cooler active, it doesn't make more noise than that.

Thanks again. I will come back to you to keep you informed.