I hope everybody is well?

I am looking for some advice on a potential hardware update. I recently purchased a HP Z620 Workstation from EBay. THe specification is listed below:

I have also added the following to this:

My understanding is that I can have both SATA and SAS Drives.

What I am looking to do is to get a 4 Drive SAS Caddy and place this below the DVD Drive. I undertand that the Z620 HHD Cable Slots, so assuming that I need to lose the DVD Drive?

Because I am using this Worksation to run VMWare Workstation and run Virtual Machines, or which I can currently run 10 at the same time. I am looking to use either a SAS Raid or SSD Raid in this caddy.

My question is, is this even possble, and what should I buy, I am also on a budget. Should I expect any issues?

the z620 does not have onboard SAS like the z820 systems have, you have to add in a SAS/SATA raid controller card

see the HP quickspecs link below look for "drive controllers"

You may find this HP publication useful:

It lists several types of carriers for HDD's and SSD's including 2-in-1 and 4-in-1 , designed for those HP workstations.

Consider starting with calculations of:

2. Which capacities require which level of performance

For the stated use:

2.  Add an SAS/SATA PCIe RAID controller that includes an esata output and if possible a USB Type C port.

3.  Add an external enclosure, preferably with a switchable  fan containing an archiving drive of at least 6TB connected to the esata or Type C port. Create a partition on that drive containing a pristine system image for disaster recovery.  The value of this external drive is that it is only run when backing up or retrieval so the drive will last forever, isolates important files from phishing / ransomeware detectability and attack, and the system image partition can be used for system recovery.

The current office z620 currently four drives in this way and can add two more internally:

The Z Turbo Drive contains the OS and programs while the Samsung 970 EVO M.2 NVMe 500GB is a very fast projects drive: 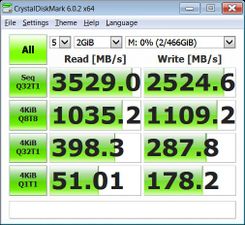 As z620_2 uses a single GPU, that drive is running in the 2nd GPU x16 PCIe slot. If necessary that slot could accomodate a PCIe adapter with up to 4X 970 EVOs- which require 4X PCIe lanes each- in that slot.

1.  Move the OS /Program drive and the current projects data drive to PCIe, and the archiving drive to an external enclosure.

Thankyou for your responses. It is all very useful information.

Not sure if I have a SAS Controller included. This is from my Device Manager:

Assumption is that I can also add more memory at a later date:

The Disk ideas for external is a good idea, but I would ideally like to keep everything within the unit, as I am short on space.

as i stated, on the z620 the SAS controller is OPTIONAL and is a add in card (read the hp quickspecs)

only the z820 has a motherboard mounted SAS/SATA chip

your device manager shows no such card is installed

Device Manager is listing the SAS /RAID controller integral to the C600 chipset, meaning that the system supports it. A PCIe add-in card is still necessary.

If space is a problem for an external drive, consider setting it on top of the system, connected to one of the rear USB or esata ports) which is a convenient position for switching.