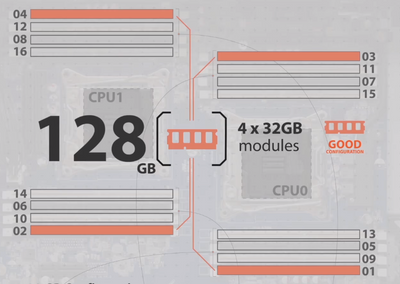 However HP Performance Advisor is giving me a Configuration warning: 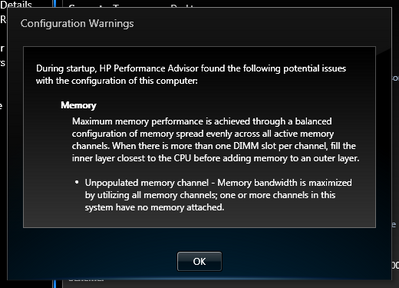 Why is HP Performance Advisor telling me to fill the inner layer closest to the CPU before adding memory to the outer layer? It contradicts the memory population shown in the top image..

Telegram direct message: https://t.me/campdublanc
Tags (2)
View All (2)
I have the same question
3 REPLIES 3 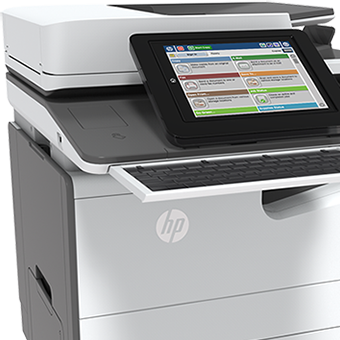 If you look at the memory config recommendations, you are trying to achieve a high memory count with only a couple of dimms. You would get better performance if you had 16 x 8Gb memory dimms and populated all channels. Bigger is not always better.

not every system is configured electrically  the same, while many consumer systems use the outside dimm slot as the first socket to fill the z820 uses the inside dimm slots

@Repairatrooper yes I am fully aware of getting performance when you spread memory over all available slots. However if I want to max out the Z820 which can have a total of 512GB I need 16x 32GB dimms.

I don't see the point of buying 16x 8GB dimms first and eventually swap those again by buying all the 32GB dimms. What am I going to do with those 8GB dimms? Might be able to sell those again at a lower price, thus lose money right.

The plan is to get 4 additional 32GB dimms and populate the other 4 empty black slots.

@DGroves the load order according to the HP Technical White Paper for HP Z820 is as follows (which also shows on the inside of the removable side cover): 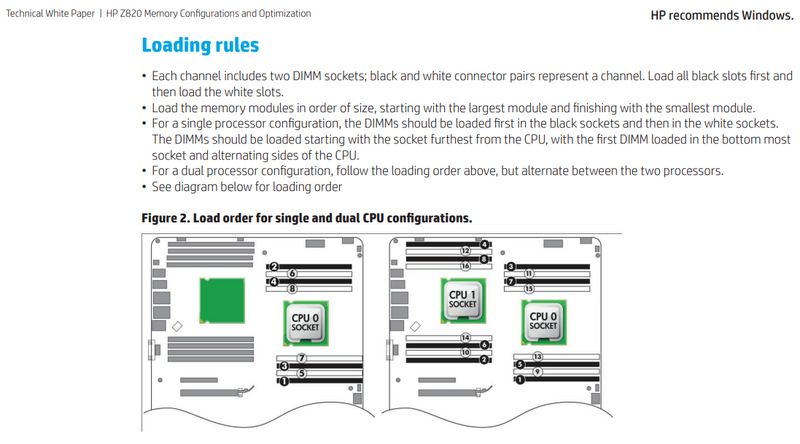 HP Performance Advisor which is HP software for workstations only, suggests to start closest to the CPU which would be slots 13 - 14 - 15 - 16. That's contradicting isn't it..