The feet that come with the monitor are not practical for my use... none of the mounts that Im finding seem to be compatible... does anyone have one they like that works well? 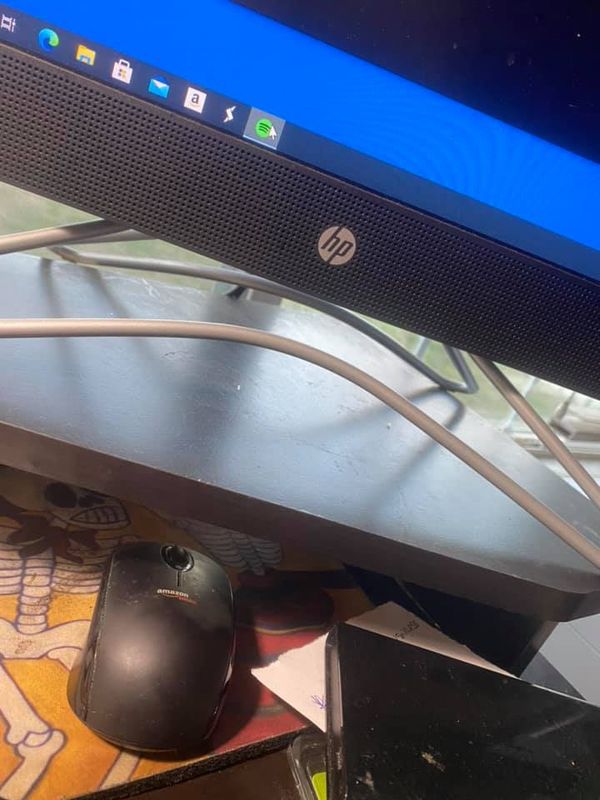 That looks ready to fall off the back edge of what it is sitting on.  Most monitors have the standard screw hole spacing for VESA standard mounting onto other stands or stand arms.  Here is info on 2 nice older HP stands we've used, and the larger vs smaller relates to how heavy/big the original monitor was.  This has some to do with the resistance to the weight of the monitor tilting the "head" down.  Both are excellent and might be available still via the part numbers shown.  We bought a number off eBay.  The fancy HP monitor mount shown in the two pictures allows quick release changes, but generally is a waste of time, and shifts the center of gravity a bit more out front.  That device is mounted on VESA standard spacing holes on a metal plate built into the head of the stands, and you can unscrew it but still use the plate fine.  Metric screws, M5 I recall, and don't use long ones beyond needed because you don't want them reaching down into the monitor circuit boards.  I use ones that will screw in only about 1/4 inch.... 4 total.  Pics and info:

From the bottom of my current favorite HP stand:

This is a nice heavy duty stand and has nice squared off edges, and a clean rectangular base. 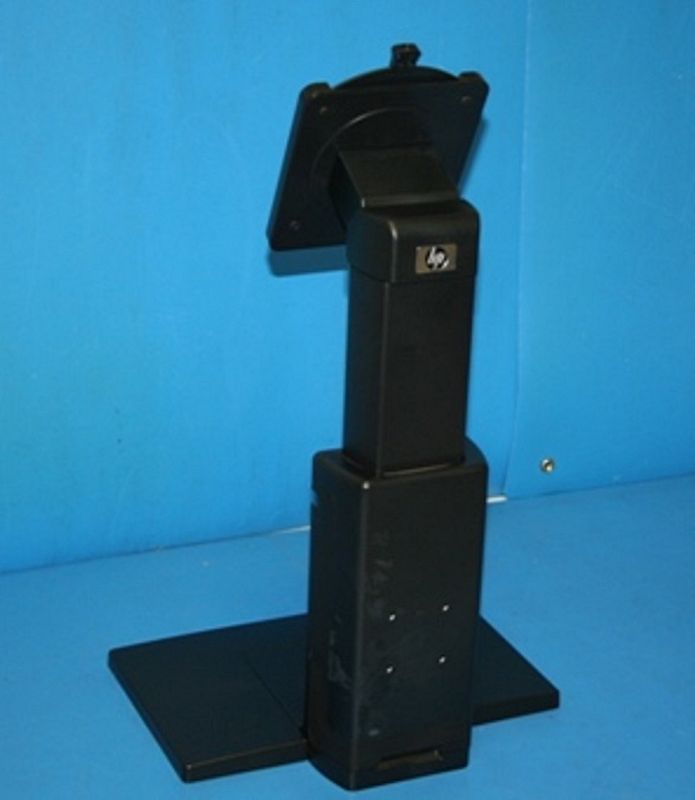 The LP2065 is a monitor weighing 12.65 lbs, measuring 13.58 x 17.4 x 3.42"
(all without stand). Thus, this stand is lighter weight, and the spring
mechanism would bow down without tightening the head thru-bolt quite a bit.
It was bowing down with a NEC 2080UX with SoundBar attached.

Took off the HP Quick Release and tightened the cross bolt, and it is stable
now. Nice rounded edges to the rectangular base. 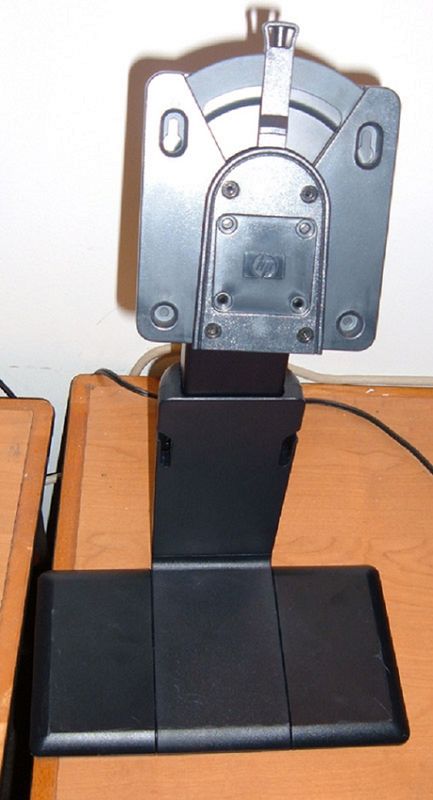