RAM Update in Workstatino Z440 do not work

Hello,
we have workstations of type Z440 with the current bios from August 2018.
In all machines so far 2 RAM bars with each 8GB and a speed of 2.133 Mhz are installed.

These requirements are actually met by the new memories.

If we now install the 4 bars of RAM in the DIM 1,3,6 and 8 slots and start the workstation, the LED will flash and the LED indicator will beep 5 times in total. This is repeated over and over until we turn off the power.

Does anyone know if something needs to be set here or why the RAM is not running?

Are the new memory not compatible?

Must we change anything in the BIOS?

The following pictures shows the original ant the new Ram.

you can not mix memory speeds or types, each memory bank must have the same

the system will run at the speed of the slowest dimms

to buy the correct ram us a memory companys ram selection page:

Many thanks for your help.

On the websie I check the compatible ram for my Intel Xeon E5 1620 v3 Board.

The website told me, that also ram with 2666 Mhz will work.

I found the following RAM which should be work:

for a singlecpu  2 bank config:

the ram size for each bank must match

ram must be ECC Registered

ram modules must match, you should not use DDR4 and DDR4L ( "L" stands for low power) in the same bank,

total ram of both banks, 24gb

I have more less the same question.

I've bought some memory to replace the old one. It is supposed to be compatible, but it is not working.

Does somebody have some advice?

DGroves rarely makes a misstatement but "the z440 has 4 banks of ram (when using 2 cpu's) or 2 banks with only one cpu" is actually referring to the Z640, not the Z440.  The Z640 only has 4 memory sockets soldered onto its motherboard whereas the Z440 has 8.  The Z640 gets 4 added memory sockets (for a total of 8 ) only if you add on a motherboard "riser" with a second matching processor (each of which has to have dual QPI links, of course).

The Z440 only exists as a single processor workstation but the Z640 can be run with 1 or 2 just like with the Z420/Z620 family.  Below are two motherboard pictures, the top one being that of a Z640 with the motherboard riser socket covered with the black plastic cover.  These two motherboards are based on the same PCB blank as you can see.  The lower one is the Z440 with 8 memory sockets present, and the motherboard riser contacts are present but the Z640's riser socket system soldered atop those contacts is absent: 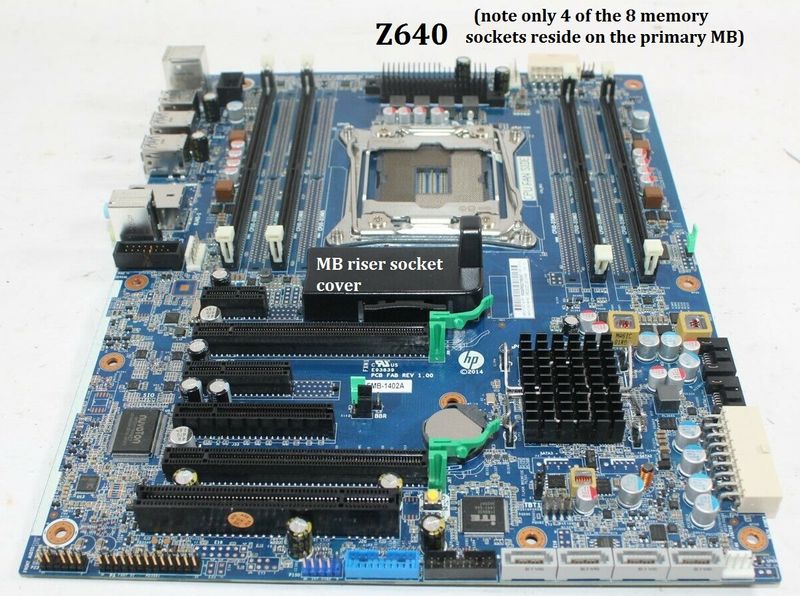 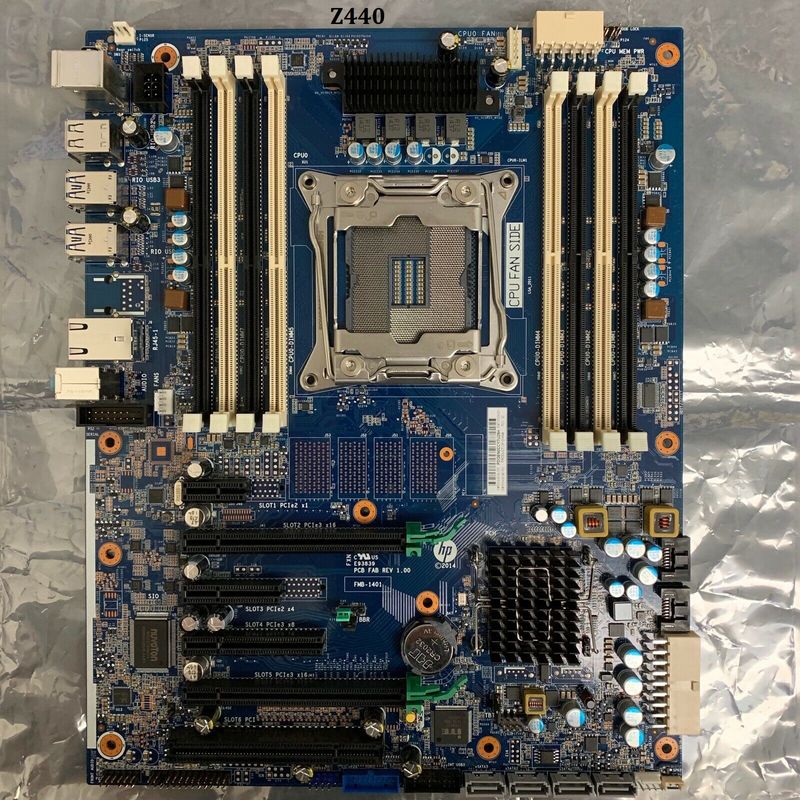 The last available technical guide/service manual is  HERE  but it is outdated:

http://h10032.www1.hp.com/ctg/Manual/c04823811    Note that HP does not keep updating these when every little change comes along.  There are communications from HP you can find also, such as the fact that HP supports faster memory in these workstations now that faster v3 and v4 processors are available and supported by HP.  As you'd expect, the description of "Memory Technology" in this manual for the Z440 is a bit different than for the Z640 (but in my experience the memory is interchangeable if you follow the HP rules).  Use the info present on the inside of your workstation's side panel as a guide for memory loading and Read The ___ Manual and the latest QuickSpecs too.  The memory slot numbers are printed on the motherboard (tiny but there), and the required load order is different from the slot numbers as has been the case with HP workstations for years......

In the manual above for the Z440 the supported DIMMs are "Registered ECC DIMMs only", and for the Z640 and Z840 the statement is "ECC Registered DIMMs and ECC Load Reducing DIMMs" only.  I never buy load reducing DIMMs, and all the ECC DIMMs I have bought that work in the Z440 work perfectly in the Z640, and vice versa.

If you really want to use Kingston memory then you should take the effort to go find the official Kingston memory guide to see what they currently have to offer.  You also can use Google to look up the non-working part numbers from the posts above to see where people went wrong.  The Kingston site is  HERE , and the specific page for the HP Z440 is  HERE .  I prefer the HP memory, personally.

The memory to use is very clear in the manual..... ECC, Registered, and don't mix different memory types.  I'm only buying the 2666MHz now, and yet note that the fastest processors in the latest QuickSpecs max out at 2400 (so don't feel bad if you have 2400 memory).  I have no idea if Intel will ever release a processor running at 2666 that HP would certify for the ZX40 family.... I doubt it.

The KCP424NS8/8 stick in the post above is not ECC nor is it Registered (Buffered).

The KVR24E17S8/8 stick shown at the top post in this thread is ECC but is not the required Registered type of memory.

Finally, our bean counters happily approve purchase of the Z640 workstations over the Z440, but then tighten our belts by not getting the dual processor version of the Z640.  They like the bling of the Z640 (as do we).  The Z440 offers a lot of bang for the buck, however, once you realize that it essentially runs on the same motherboard and uses the same memory and processor when compared to a single-processor Z640.

"DGroves rarely makes a misstatement"....sigh i wish!! and when i do make a mistake it seems i go all the way. i was wrong on the points "SDH" has pointed out and i will hopefully remember them

thanks to "SDH" for his very informative descriptions of the z440/z640 systems. i read his full post and recommend that users of these systems do so also as it answers many basic questions in one well written post