The workstation was running smoothly until I rebooted it and stopped working.

When I turn on the computer, it doesn't show anything on the screen (I tried to plug the monitor both to the Graphic card and directly to the Motherboard), I can't even access Bios. I tried resetting the CMOS battery of the mb but didn't help. Also tried to remove the ram bank and turn it on but still no luck.

I suspect the motherboard is broken.

Are the two motherboards interchangeable?

If the system appears to be starting: fans on, HD running, and there are no error warnings, if only to eliminate it as possibility, consider trying an alternative GPU known to be working.  There is some possibility of a corrupted BIOS, and if the system acts oddly for example, the fans spinning up, that's likely.  If there is a crisis recovery jumper that allows the BIOS to be re-installed, using a .BIN file on a prepared USB drive, that can save a lot work and expense to replace the motherboard.

If however, the motherboard appears to have failed, here are the two models of z220 motherboard: 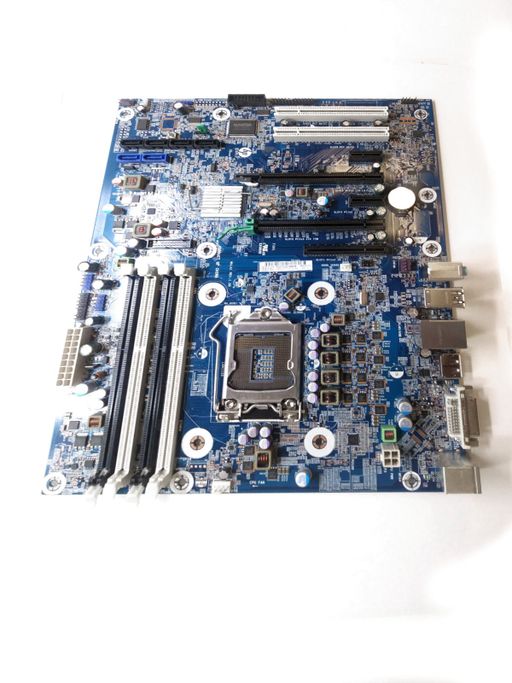 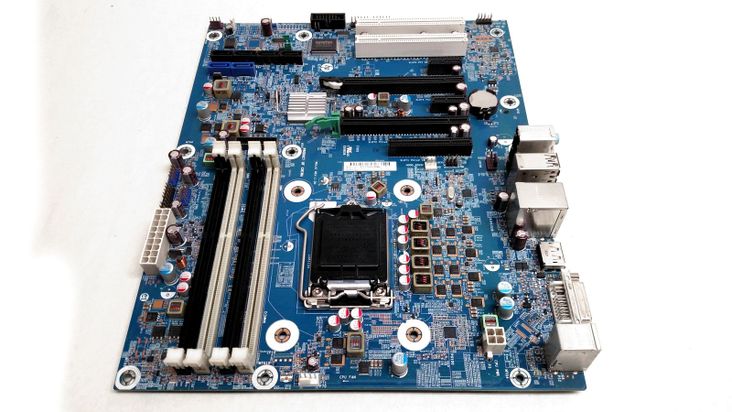 I do not see obvious visual differences.  If HP offers only #655851-001,  that suggests it is the later revision.  If so it is usually wiser to choose the later version as it may support newer features, for example later series processors, drives or memory speeds- that kind of thing.  Also, with HP, there appear to be separate numbers for the originally supplied part and another number for the part as a replacement.  HP motherboards appear to be ultra-reliable and faults appear more often in configuration especially the BIOS,  or memory and driver problems, but, if the motherboard has failed, my recommendation would be to use #655851-001.

Hi Bambi BoomZ, thanks for your answer.

I already tried to run the pc without the graphic card (the integrated one in the cpu should be enough), but it still turns on without displaying anything. That's the main problem, even if it turns on correctly, it doesn't display anything on the monitor, and doesn't seem responding to any input on the keyboard (hard to say though, as I can't check that without a display).

That's why I thought at a mobo failure...

The problem with this situation is that there are no error messages to assist the diagnosis.  However, if there a reother signs of starting: the fans running, HD clcking, HD acitivity light flickering, If any of those things are not working, it could be a power supply failure. If the small signals of starting are present, consider having a go with a GPU known to be working, and if there is still no progress, then plan for a replacement motherboard.

If there is no spare GPU and it's a work computer, consider going ahead right away with the later numbered board. Used, they don't appear to be expensive and if the installation is the same design as the z420 and z620 it is amazing easy: unplug all the electircal connections, pivot the retaining knobs, draw the board towards the front of the case, angle it up and out. -No tools required!