i have a Z420 Workstation from 2013 with liquid cooling system, my problem: The machine has sometimes a weird noise, like clicking harddisk or a relay (it isn't from hdd) or rattling, only short times. I'm not absolutely sure, but i guess it is from the water-cooler. Perhaps to much air inside or the pump is damaged.

I removed the cooler and while shaking i can hear few air inside, is it normal? I examined it visually and found absolute no signs of leakage. 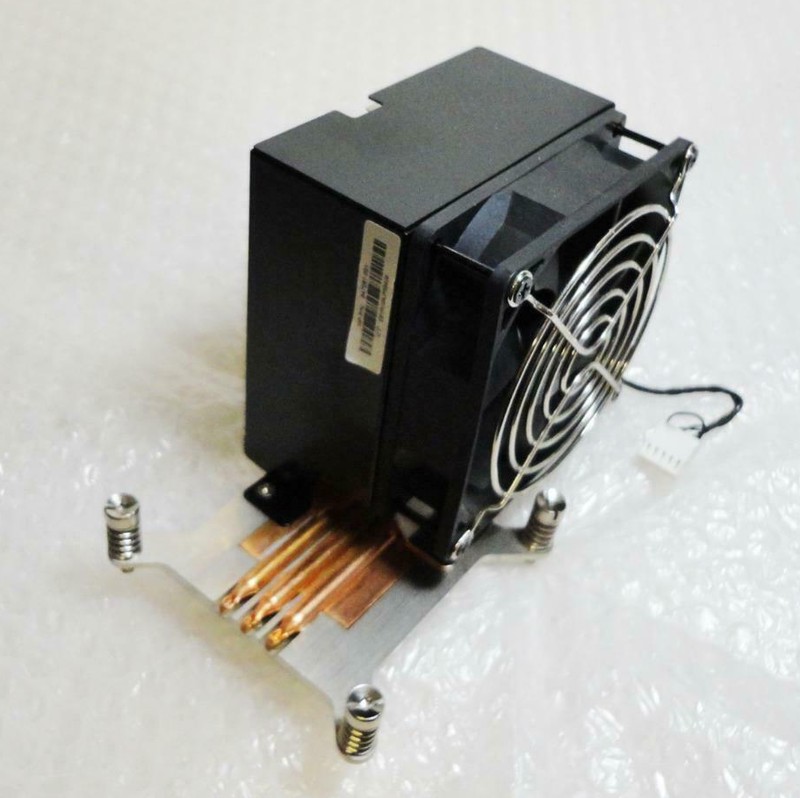 I myself had the noise problem with the water cooling system, solved by fitting the conventional system.

Thanks. No matter, that the second fan for cooling vrms is missing?

Now i'm sure it is the cooler: The noise stops when pulling the plug for it. I will test it outside and try to repair the cooler.

By default vrms have a single fan towards the back.

You can also mount the optional front fan kit A2Z46AA 604781-003 (for more efficiency, without additional noise) : 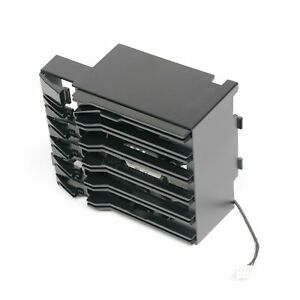 There is an alternative higher cooling capacity HP heatsink/fan that works perfectly in a Z420 v2 (and a single-processor Z620 v2) workstation.  It has almost exactly twice the aluminum fin cooling surface area than the stock Z420 one.  It also has 4 thick instead of 3 thin active cooling tubes.  This was originally built by HP for the Z440, and has part number 749554-001 (which can be searched for also on eBay as can "Z440 heatsink").  There are actually two versions with the same part number... the earlier has two support screws at the rear through the thick base plate, and the newer one I like best has one screw front and one screw rear through the thick base plate.  I like the newer one because I believe it is a stronger design.  If you go for the latest version be very specific with the seller exactly what you want.  It is less common.  Functionally they are identical if the heat tubes have not partially pulled out of the base plate, and the sellers won't know the difference between the two.    The earlier one relies on the two rear screws for strength.  The later one gets strength both front and back from two screws.  I have personally bought one of the earlier version which was pulling the heat tubes out of the base plate.  Never have seen that on one of the later versions.  You can go see both on eBay.

The processor change from the ZX20 to the ZX40 generations did not change the attachment specifications for the heatsinks, so this Z440 one is backwards compatible to all Z420 and any Z620 single-processor builds.  I've put in a bunch of these for a project of souping up the Z420 workstations, including for overclocking.  The white fan plug end for the Z440 is 1 pin longer (6 instead of 5 holes) than what you see on the end of a Z420 heatsink/fan.  You just let that 6th hole hang out in space for the extra 1/8th inch off the 5-pin motherboard header HP uses on the Z420.

As part of the way HP lets a motherboard know that there is a "Performance" heatsink/fan attached they engineer in ground continuity to be seen by one or more extra pin(s) than the 4 necessary for PWM fan control.  The normal PWM order is for pins 1-4:  ground/ +12VDC/ rotor RPM signal in to motherboard/ PWM braking signal from motherboard out to fan rotor.  What HP does on its "Performance" heatsink/fan for the Z420 is add a ground jumper from pin 1 over to pin 5 at the white plug end.  For the Z440 they just added another short ground jumper from pin 5 to pin 6 at the white plug end.  Thus you can hang the pin 6 end of the white plug out in space in a Z420 when you are using a Z440 heatsink/fan.

I originally replaced the white 6-pin plug end with spare HP 5-pin plug ends I have a stash of.... it finally dawned on me that was totally unnecessary, and never have looked back thereafter.  This makes the heatsink/fan upgrade pure plug and play.

I can overclock the Z420s and Z620 single-processor builds now with no need for water cooling. Below is a pic of this excellent upgrade that currently will cost you a bit under $20.00 USD including shipping.  This earlier version shows the two rear screws back in the shadows rather than the later version's front/back two support screws that I find to be a stronger build: 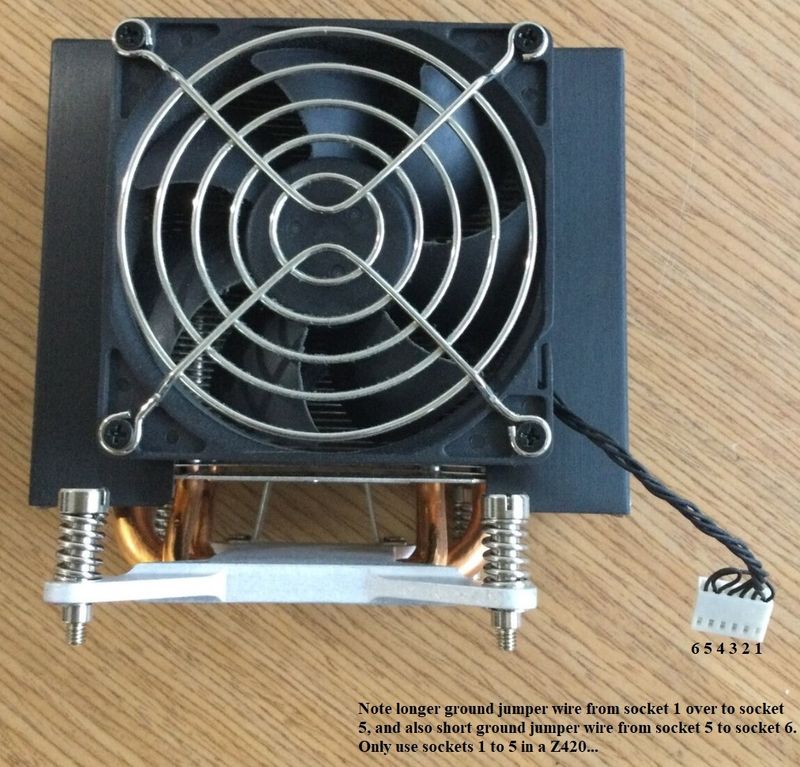 I live in EU and this sparepart ist very rare and expensive, about 50€ up for used(!) part excl. shipment.

BTW: I opened my liquid cooler and found out, that the pump is "rattling": Although no visible dirt or mechanical wearing, I guess it is worn out or the electronic sometimes tends to loose control, so the impeller is vibrating.

Look at this YT-video, another AIO, but the pump and radiator are exactly the same: https://www.youtube.com/watch?v=xVthLRyN9Ss

Only OEM-mounting-bracket, very short hoses and the pcb for fan+pump-control is different.

Also tried to refill the radiator only. It is nearly impossible to avoid any air inside, i don't know how Asetek did the job in production. 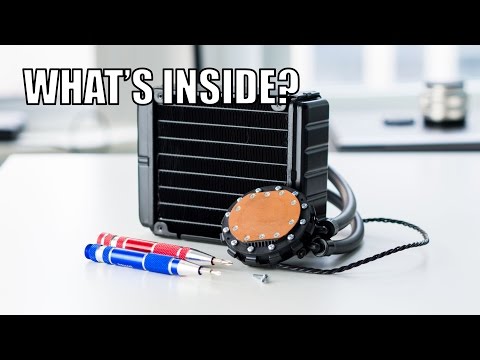 You will have a hard time finding this spare at another price unfortunately, and only "refurbished".

Or, for a bit more also from France eBay,  HERE , with twice the cooling capacity, 30,00 Euro.