I've got a 2009 HP Z800 Workstation and I'm trying to upgrade the cpu to Xeon X5675 but the PC wont start up after the fitting the cpu and giving 4 seperate beeps with the fans on high speed, the PC work fine again when I put in the old cpu Xeon X5550

Is this a compatibility issue or the bios need upgrading?

the 003 indicates a rev 3 motherboard

Finding and reviewing your bar code label on the motherboard is easy, and below is an example of the one you want.  I'm quite sure from the symptoms you describe that you've got an earlier version of the motherboard.  A bad processor could do it too, however.  Let's assume you have an earlier version motherboard, and a good processor.  It is not too hard or expensive to find a 460838-003 used Z800 motherboard via eBay... just search for that specific number.  Get some experience at looking at the bar code label on the motherboards in those ads.  Thereafter you also can find that number on the barcode picture, if provided, under more generic eBay listings for the Z800 motherboard.  You virtually never will get a picture of the BIOS first tab where the boot block date is shown for a motherboard ad... those do show up in some full Z800 workstation ads, however.  Make sure to tell the seller in the little "message to seller" spot during payment that you must specifically receive that, and where let them know where they can look to confirm they're sending the one they've shown in the ad.  Voice of experience...

The process of swapping in a replacement motherboard in a Z800 probably is easier than in a Z600.  I've done the Z600 swap a number of times... the Z800 has more room in the case.  Take some pics before removing the original, and tape up and out the cables as you detach them from the motherboard so they go back in the same order.  A Z600 swap takes me about 1/2 hour, but the fiddling before/after adds up to another hour before you're up and running.

DGroves knows these Z800s very well... he may have some added advice on the process.  I would surely recommend this swap, and once you get things running a second matching processor would be nice to add.  A single X5675 gets an average PassMark score of 6374, while a dual X5675 build gets almost 12000, a worthwhile improvement.

An interesting tip:  This works in the version 2 Z600, and I'm quite sure it will also work in a version 2 Z800...  I found specific retired 1866 MHz DDR3 ECC buffered server RAM that I use in my fastest Z620 builds also works just as well in my Z600 v2 builds.  There is a newer memory controller in the ZX00 v2 workstations that allows proper down-regulation of the memory speed to match the processor (which in yours is 1333 MHz, the fastest a ZX00 v2 motherboard can run).  The same experiment did not work on the version 1 Z600 workstations.  I've found recycled 8GB server RAM to be the best $/GB, and I fill all slots with matching sticks.  I've posted details in the forum here on that..... at about 11.00/stick with careful shopping this recycling can be a great way to go, but if you can find 1333 8GB matching server sticks at a better price that would be fine too (unless you wanted to use that same memory in a later Z620 v2 upgrade build).  Faster memory beyond the processor's max speed cannot make the processor go faster.

The pic below won't be visible until a moderator releases it: 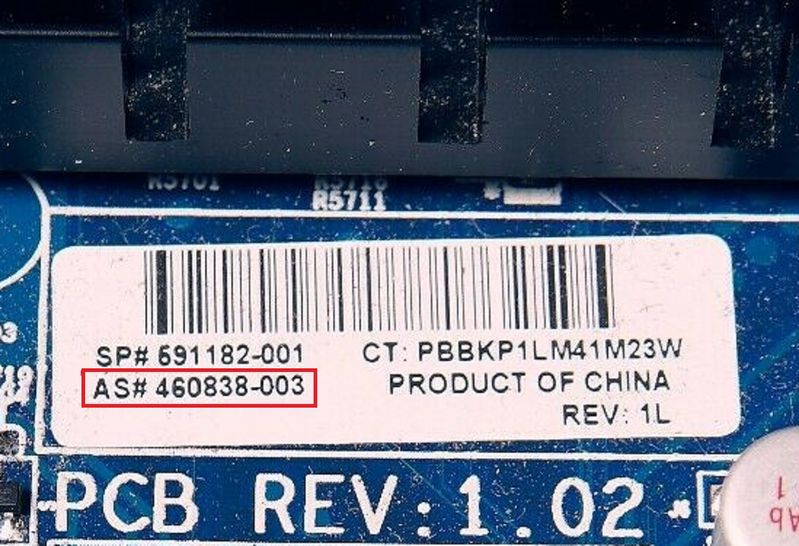 the z800 board swap is rather easy once you have done it ..............however for first time users it can be hard as the board will only come out when angled in the correct position to clear the bottom case lip (and other case obstructions) so make a visual note of the board position when you go to remove it and find the correct angle, so a reinstall is easy other than that it's quite a trouble free process