I am using  HP Pro Desk 400 G1 SFF desktop PC. But the sound simply does not work whenever I plug in anything into Audio jack in front of the case. (Same issue also with microphone -> no input being recorded by the PC).  My main headset device I am trying to use is "ADVENT AHSOV16". It has a single output but I am using a splitter to split it into Mic/Audio for PC. (It was working perfectly on my laptop, before this new PC I got).

I've tried all sorts of drivers, but perhaps you can guide me to the precise one to try.

^The PC recognizes the headsets being plugged in. 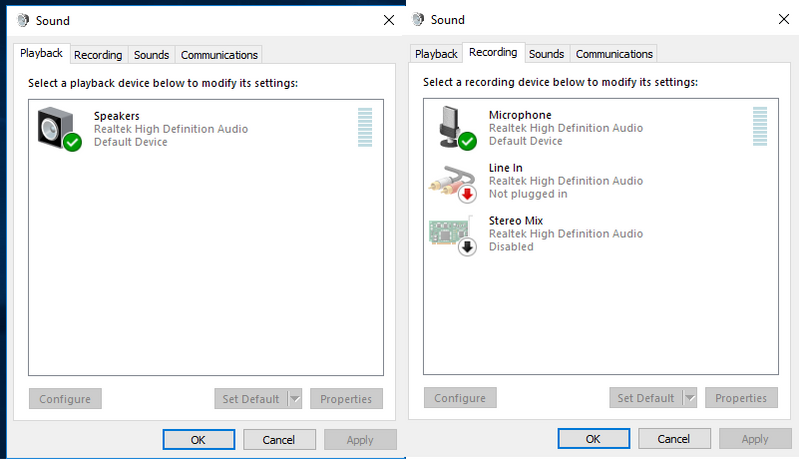 ^What I see in the Playback & Recording tabs of Sounds panel after having it plugged in. The microphone picks up no sound whatsoever. 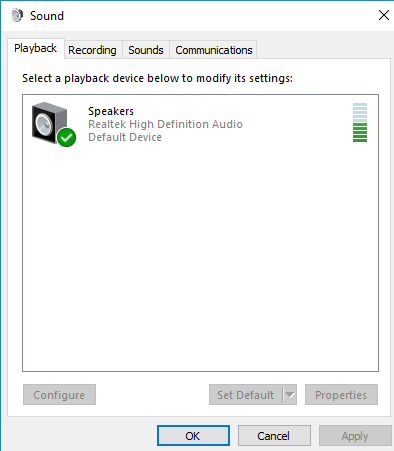 ^This is what appears while I have the headset plugged in, and watching a video on youtube with sound. But my headset is not giving me any sound. I hear nothing while watching the video even though the green bars indicate sound that >should< be coming through.

*Internal speakers work, when I have nothing plugged in the front Audio jack and sound is coming through

*I tried with some cheap earphones, with only audio jack, and the PC did not even recognize it being plugged in (like in the first screenshot above)