HP 8300 SFF no POST after restart fan speed up

After I restarted and made some modifications in bios as

SATA Raid from Ahci  the computer started and I receive some errors that can't continue boot ( I was expecting this) but after that restart the computer has blank screen , no keyboard light and can be shutdown only by keeping press the power button. No error sound no blinking led.

I remove the RAM is beeping

In remove the cpu power is beeping

With everything connected RAM and CPU is not booting not even light up the monitor.

I press cmos reset - nothing

Can be the motherboard issues even when it beeping bc not detecting the RAM or CPU?

I don't have another PSU to test.

Any ideas? Thank you

Facing the same situation after switching from raid to ahci.i've also ordered another PSU from ebay, and now I'm sure that the problem is not the PSU, since olso the new one don't work.

Sometime, when I remove the CMOS battery, or clearing the CMOS (don't know which task produce that effect), the computer display something, with the message about the system date, if I press escape key quickly, I can then access bios, I've tried everything:revert to default settings, switch from ahci to raid, test memory with no error, but once I save modifications, the computer reboot again and black screen with no post not beep.

Also I managed to access the bios as describe up here, and updated the bios to last version with an USB key, but didn't solve the problem!

Also tried to boot from an USB key (yes a spent a lot of time to randomly make the PC go to post screen) containing windows or linux, but each time after choosing the boot disk, the PC shutdown, reboot and same thing(black screen, no beep, no post). Help is really need there, how can we solve this issue HP?

Ps: when we are on that black screen, after fews minutes, fans begin to spin loud.

Here a photo of the screen when I managed to go to post.for me the message seem normal since I removed the CMOS battery for long time, but I post it here if it can help. 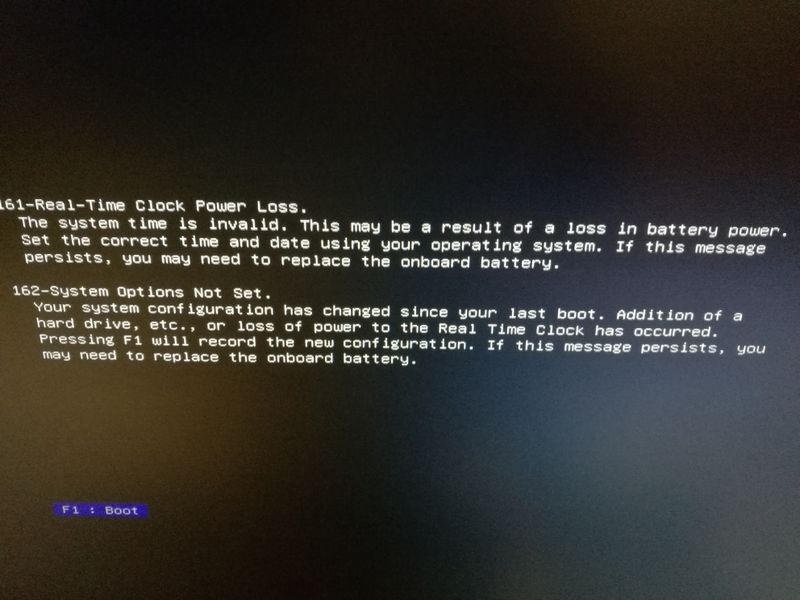 Did you manage to solve your problem?

Yes i bought another main board from a second-hand  parts store.

The MB is the problem.