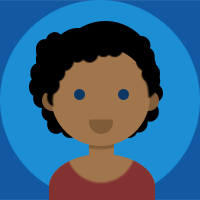 I wonder if any one can help me. I have a HP sprout pro  model no- G1X73EA.  I went to use it this afternoon and it won’t turn on. There is a green light next to where power cable plugs in to computer. And the lights built in to projector part above screen turn on when touch front of hood. which turns them on. So I know some power is getting to computer.

So far I have tried the following

1. Unplugging power lead, leaving for a bit and plugging back in.

3. Holding shift and power button for 30 seconds, unplugging power lead, waiting 30 seconds then plugging back in.

5. Plugging computer in to a different socket.

none of the above worked computer still won’t turn on. I’ve also tried disconnecting touch mat, and disconnecting any thing else conected this also did not work.

does any have any idea what’s likely to be wrong and how I can fix it. Any other suggestions I can try.  Computer is still under warranty and will contact HP support but thought I would quickly ask here first.

I  think I fixed my own problem. I removed and re put in cmos battery and computer turned on. I don’t know what happened or if this will fix problem long term. But computer is working at moment. I will keep you updated.

if any one has same problem and wants to know where cmos battery is. When you look at computer from back you have to remove the cover on left back of screen if looking from back or right if your looking from front. There is one screw underneath to undo then it just slides off. Then you remove the small metal cover to reveal memory ram and cmos battery. Helpful to know if you want to upgrade memory ram too.  You will also see harddrive further up. There are instructions and a helpful video on hp support pages.