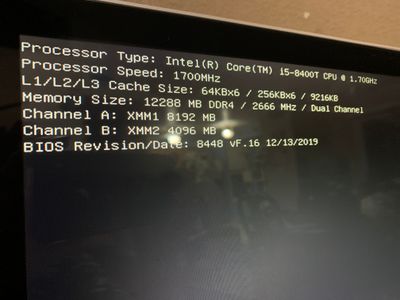 I ran the updates and now when I turn on my computer I get a screen that gives me the processor type speed ect and says press esc key for startup menu. The esc key nor any other key works. I’ve replaced the internal battery. I’ve unplugged held down the power for 10 sec , plunged back in , and tried other keyboards. Still nothing. This was an expensive computer that is barley a year old (problem happened shortly after warranty expired) please help!

Let's perform a power reset as per HP standards:

Thank you, none of these worked so I took it in and the local hp certified tech said my motherboard is shot, and Thur vendor is not able to order the part. Do you know  how to find someone who can get the part and fix it?

You can order it from HP part store