Issue with HDMI to Display Port

Purchased two brand new HP 24mq monitors and an HDMI to display port adapters as the PC only has one HDMI slot.

As an extra troubleshooting method today, I unplugged one of the monitors and connected it up with an HDMI cable, and bang – it was like a whole new monitor!

So, now we have one monitor that isn’t straining the eyes and has a resolution of 2560 x 1440, but the other which is still connected by the display port is still 1920 x 1200 and not filling the entire monitor.

Hello and thanks for getting back to me,

Yes, with the link that you sent that does appear to be our PC.

Just following up on a response, please.

We haven't heard anything from HP for a few days.

Is that what it is using?

Can you use "Display Settings" within Windows to tell Windows to "draw" on the full-size window?

Thanks for getting back to me.

Yes, the monitors that we have are the ones in the link that you included. 7XM24AA.

Not quite sure what you mean by changing Windows settings between "paint" and "draw".

I've attached a couple of screenshots.

As you can see with the monitor that is attached via Display Port I can't achieve the recommended resolution of 2560 x 1440 which is what we're after. 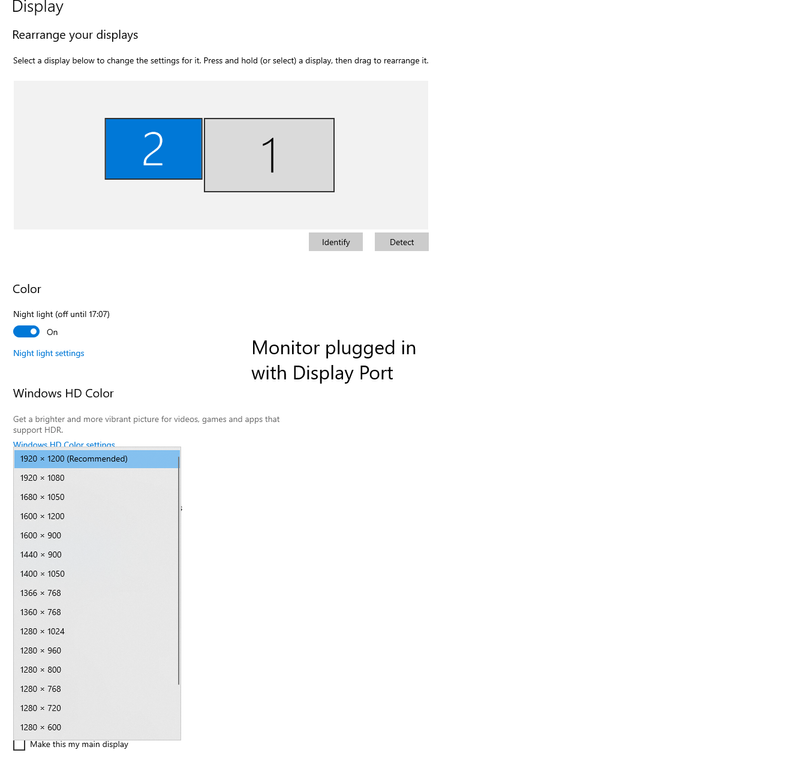 Monitor plugged in with Display Port 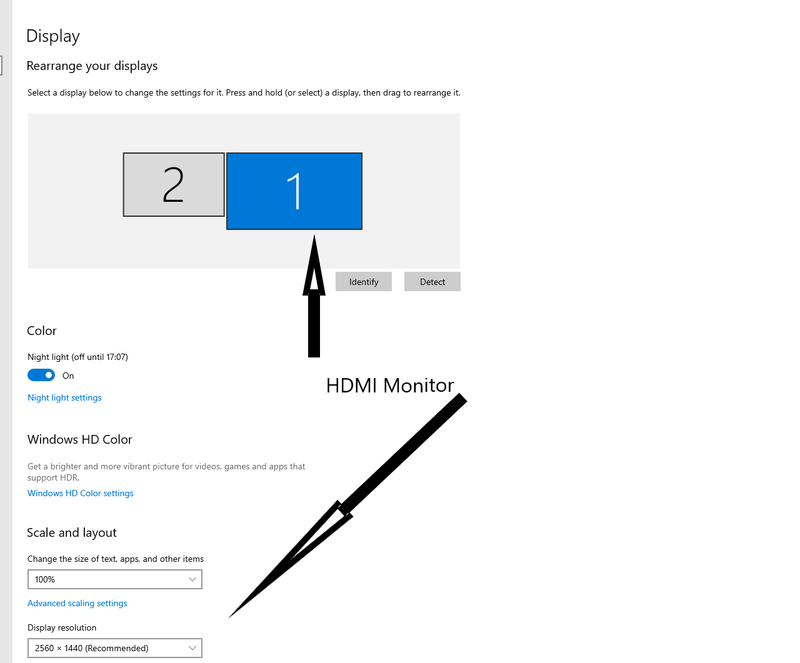 Monitor plugged in with HDMI

I am thinking that the "integrated" video-adapter is restricting the DisplayPort socket to the lower resolution,

implying that you need to add-in a video-card.

Have you rebooted your computer, with only the DisplayPort being active & "in-use" ?  Maybe, it is during Windows start-up processing when the "display settings" screen has communicated with the monitor, to arrive at the "non-optimal" resolution.

I ended up taking the computer back to the store that I brought it from as it is under warranty.