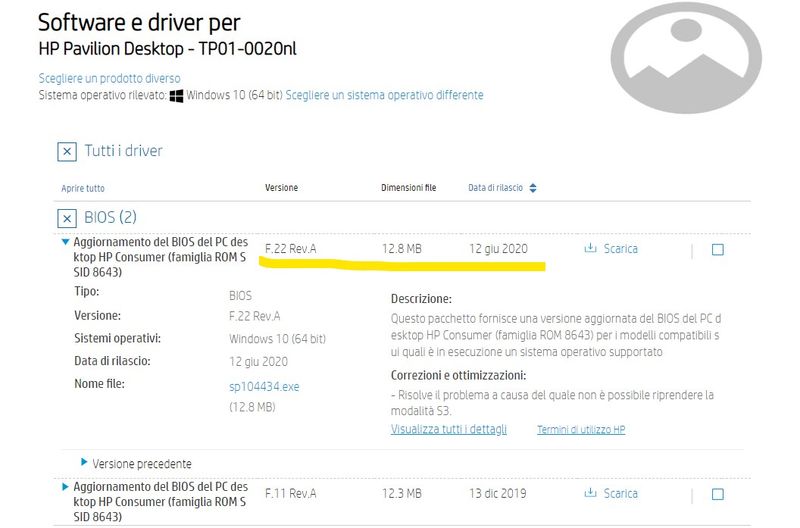 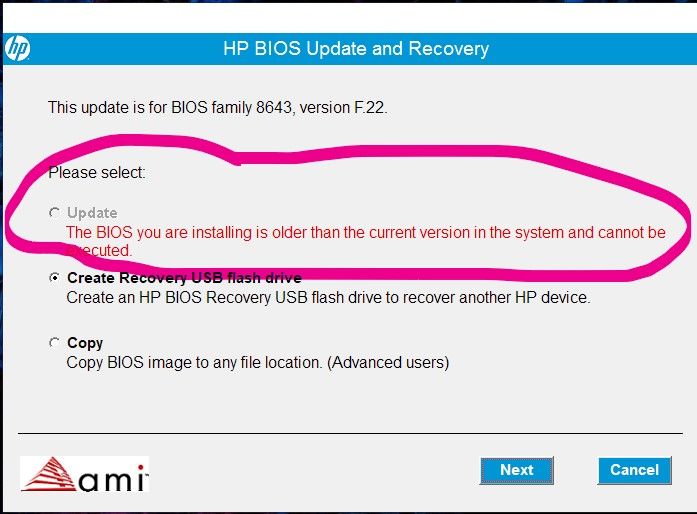 Fails to upgrade previous one

@MaxPlayRA I must let you know that the updates are only released to either fix/repair an earlier version or to make changes to it,

If there's no requirement of any change, there wouldn't be a release, that said, is there any specific reason you wish to update?

Did you inform me that updates are released to either fix/repair or make changes to earlier version, which is precisely the meaning of updating? Thanks for this very useful Tip! Did you also ask me if I have specific reasons for an alleged desire or need to update BIOS? Actually you should explain why HP publishes this BIOS update on June 12, 2020, because I found it on your official Support web page dedicated to the updates of my HP desktop TP01-0020nl, because the file available fails to update current F.11 to new version F.22, and It fails advising that F.22 is older than F.11, which is absurd!! A Smart Question is: why did you release sp104434.exe in my Desktop Support web page?? 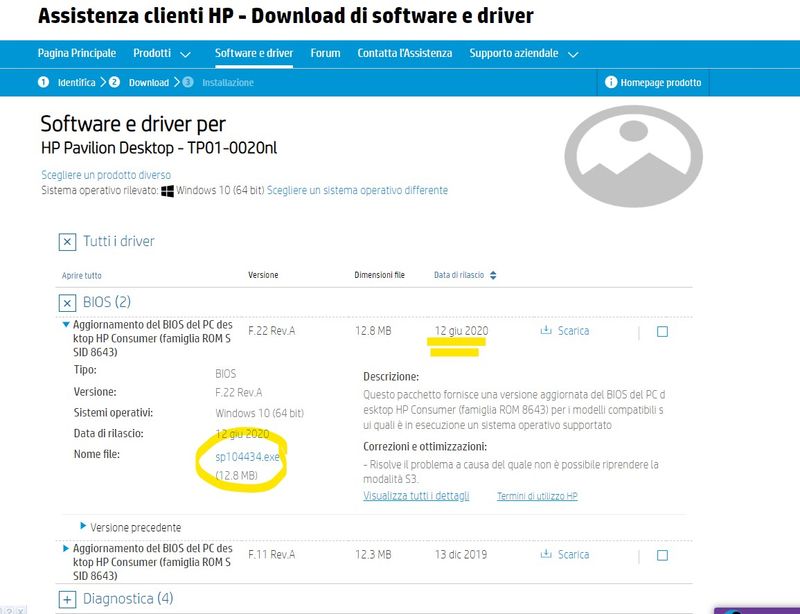 @MaxPlayRA Sarcasm is the ugly cousin of anger, and I understand this could be frustrating, but I'm just here to help you, that said, updates released on the HP support page is not for your specific computer or serial number, but for the entire series, which means, it isn't for your device alone, it could be for another model.

So, if you don't need the update, as everything is working fine on your device, it's safe to skip it.

I hope that helps!

As you can verify in my list of HP Desktops purchased & registered in the last 15 years, at least 5 HP Desktops,  it's first time I found a BIOS update of a specific ROM series (in this case 8643) published by HP on dedicated Model Support Page, but should be ignored because is not concerning that model despite BIOS ROM SID is the exactly the one to whom that update is dedicated!

sp104434 does not fail warning that is not dedicated to my Desktop, it fails warning that current F.11 BIOS is more updated than F.22.

Finally, lately 50% of BIOS updates are not released to improve PC performances or to solve functional issues, but to fix vulnerabilities that user discovers only after being attacked, .so I don't understand why you keep asking me if I need to update the BIOS ... from a functional point of view, today I can say NO, but if next month I'll be attacked by hacker who exploit a BIOS vulnerability that currently I don't know, today's right answer should be YES.

Anyway, I am not convinced by your explanations: if HP releases an update for a family ROM SID, all that family PCs should update to this new version, because vice versa users cannot establish if PC are updated to latest BIOS version.

Users buying TP01-0020nl today, after checking the HP Model support page understand that working BIOS is not updated to F.22, but HP provides an update software with bugs.

This screenshot clarifies why your explanations do not convince me ....Let me know to which specific model sp104434 is dedicated .... but meanwhile I'd prefer HP IT technicals going to check that exe file, because I'm convinced that there's an error. 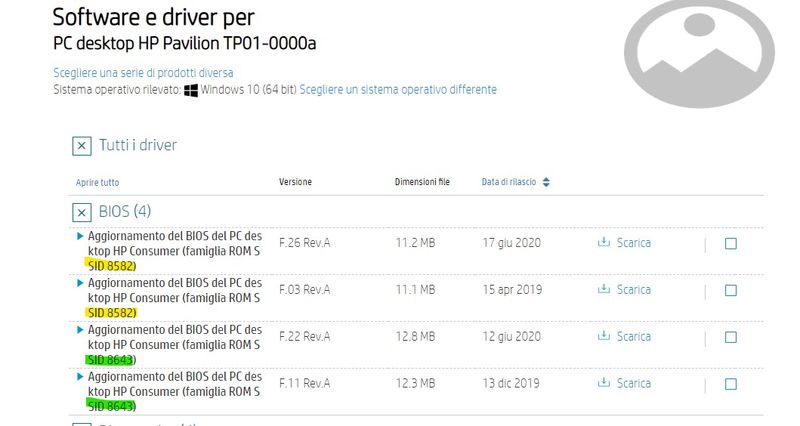 To find the correct BIOS update, get the computer product name and number, the motherboard or system board ID (referred to as the 'ROM Family SSID' in the BIOS update name), and the BIOS version.

After the announced BIOS update my BIOS became corrupt using the support assistant.

I made a USB recovery stick and followed the procedure that hp suggested (you guys should really read them yourselves for better unerstanding our issues, they don't match Desktop pc:s) but it didn't work obviously.

My motherboard doesn't follow HP protocol. It recognises though my pendrive by showing on the screen that it will update my BIOS and then restarting.
For some seconds the PC does some reading on the pendrive but then nothing. Also nothing on the screen either alltough my monitor does feel that the HDMI is activated but no signal.
Is there a major fault with the present BIOS update??

My newly bought pc is now useless, still got warranty though...

I recommend you contact to further diagnose the issue.

Thank's for your reply! I understand that you are not a mind reader but let me inform you that the reason I went to this forum is that I already contacted HP support the ways that you suggest, The chat person kindly provided me the BIOS-recovery files and also told me that if it didn't work I am basically screwed and has to ship my PC to service.

Alltough i have a warranty from HP it seems that I need to pay for troubleshooting and other fees.
This I belive is a bad option though th MB is not the high end type.
The telephone option is at present, HP to phone me and that was three days ago.

So what I need from you is:
the correct (not the one on support page) procedure to recover the BIOS on a HP motherboard stamped ERICA_ERICA2 REV: A
the correct file names and USB folder structure needed for the recovery.
a link to where I can obtain theese files
So you see that I think that HP support provided me the wrong recovery files wich was by the way not the same package that you can download from the support page, or that I need to to some further steps to recover the BIOS that is not presented at the support page.

So please Mr/Ms The_Fosette
Can you help me with this?