I successfully cloned the drive to a new 400GB HDD, using NORTON GHOST.

Anyway, The new drive would not boot.

Assuming that the problem may be OS license-related, I ordered the Compaq Recovery Discs Set.

While waiting for the Recovery Disc Set to arrive, I purchased a Sandisk 120GB SSD.

(Again, I know that the 120GB SSD is smaller than the original 500GB HDD that came with the computer, but I do not plan to even fill it 50%.)

Anyway, The Recovery Disc Set arrived and I attemted to use it on the new Sandisk 120GB SSD.

The process seemed to go fine, all 3 discs of the set seemed to copy, and then the computer restarts and a screen displaying files flying across the screen from one folder to another stays there forever.

I waited 15 hours and came back and I still just see:

Files flying across the screen, from one folder to another folder.

The drive activity light is blinking, but obviously there is a problem.

The SSD is detected in the BIOS.

The SSD Checks good, by the BIOS Diagnostics "Smart" Tests.

I cannot find anywhere in the BIOS to disable AHCI, it only shows SATA or IDE.

Current Bios version is 5.5.5, and I have been unable to find a BIOS Update anywhere.

Current Memory (RAM) is 4GB (2x2GB), which was an upgrade since the machine was originally purchased.

Can someone please tell me how to get past this problem? 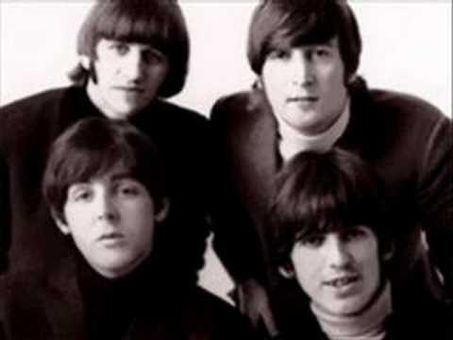 One of those (2) programs may or may not have worked for my situation.

So, I am giving you the credit of answering this issue, for being on the track that I should of been on.

Before I had a chance to see your post, I tried the following:

(In other words, new SSD Drive still would not boot.)

Contacted HP Recovery Support today, and was told that if I wanted to use their Recovery Disc Set, the only thing I could do was to use a replacement drive of the same or larger size and same exact specs as the original (IE: Transfer Speed, Access Times, Cache/Buffer, etc.).  They claim that the Recovery Disc Set is looking for the same specs on the new drive and that there is no workaround.  They said that is the only way.  That, or get my own Windows 7 OS License and they said that would work on any drive, with this machine.  To which I added, "Wouldn't I still need Driver Updates from HP's Support Site?". And was told simply: "Yes."  Not wanting to let it go, I explained that I have not had this problem on other machines, and I was told that there may be a way to do it, but none that they knew to tell me.  Totally un-acceptable by me, in this world of upgrading to SSDs, as I don't need a 500GB SSD for this machine, and even if I did get one, if you go by their support advice, it still would not work, as it would not be the same specs as the Original 500GB HDD that came with the machine.

VERY UN-HELPFUL and I felt that it must still be possible to do what I wanted to do.

Not being satisfied with that information/answer, as soon as I got off the phone, I tried a free program called "MiniTool Partition Manager".

Downloaded the ISO for free and burned it to a CD-R, for a Bootable Tool on CD, that works outside of windows.

Booted up with the MiniTool Partition Manager CD and used it.

I eliminated the Recovery Partition all together, as it obviously serves me no purpose after all this.

(I figure that once I get everything the way I want it, I will just create an image of the SSD, using the same or other program.)

Being somewhat of a perfectionist, Now, I am debating whether I want to throw the original 500GB HDD back in, do a fresh Recovery/Install with the Recovery Disc Set they sent me, do all the updates, and then do the MiniTool Partition Manager thing to clobne it all over to the SSD again.

(Just gonna be super-frustrated, if somewhere along the way, I run into the "Not Same Drive Specs" problem again. Especially if it is torwards the end.)

Or, just live with what I have accomplished so far, Image the SSD, and possibly deal with any future corrupted files/Windows 7 issues, that may still be hiding somewhere.

This is my Mom's PC, or would have some version of LINUX on it by now.

Wish I knew of a quick and easy way to see how reliable this particular Windows 7 install still is....

How many GB's of data are you cloning? SSD's use over provisioning to allow for eventual bad memory blocks. So a 120GB SSD may max out at 100GB of storage due to over provisioning. SSD performance may deteriorate when approaching 100% of capacity.

I try to keep the source disk as clean and mean as possible when moving to an SSD. Move large data files to external media. Defrag and clean up temp junk before cloning.

It would be so much easier if OEM's supplied a Windows install disk and a driver disk.

I have never tried AOMEI. Have heard many positive user comments on Macrium. I have also cloned many systems using Paragon with no failures.

When you do a successful clone you will have an exact image  of the operating system on the target drive. It will be as stable as the source drive.

Paragon also offers a free version. It seems to includes Migration.This is what I have used with great success.

You are correct, the HP Recovery partition is now pointless as it will choke if you try to use it on the smaller SSD.

HP Recommended
Hey, thanks for your responses, and prompt by the way. I already successfully cloned it to the SSD and to answer your question I have 60 gig free on the SSD and it's my mom's computer so she won't be filling it anytime soon or even at all.
As for my stableness statements, I was concerned with what started this in the first place, maybe having some corrupt files or registry due to the old hard drive. That's why I would have liked to use the recovery disk in the first place.
Thinking/debating now. If I stick with what I have, I just hope that any issues that remain, I can figure out without having to reload the OS...

And, I couldn't agree with you more about manufacturers and what they supply these days. If it was up to me anytime you spend any amount of money for a new machine you should get all those CD/DVDs After all, how much does a CD/DVD cost, right?

Now, I am just Googling a little to see if there's ways I can check my stableness, before settling with this install. Symptoms before, mainly included sluggishness, stalling, and apparent non-resposiveness...

I was still having some of the old symptoms that started all of this, to include sluggishness, stalling, and apparent non-resposiveness.

Important to note is that after I removed the final disc (3 of 3) and the system restarted, it stayed on the final screen for a long time (the one that says not to remove power and that this is a one-time setup).

I got tired of waiting and hit CTRL-ALT-DEL, and selected Task Manager. When I did this, the Desktop appeared, with Task Manager AND something called "System Preparation tool" on the screen.

The choices provided on this "System Preparation tool" splash are "Audit Mode" OR "OOBE".

I closed Task Manager and Googled this "System Preparation tool".

Turns out that "Audit Mode" is for if you want to make changes to the Install, for different hardware, or multiple machines, on a network, etc.

"OOBE" which stands for Out Of the Box Experience is the choice to continue in mine AND most people's situations.

After I clicked on "OOBE", the recovery completed.

4) Installed ALL desired software, to include Anti-Virus & Anti-Malware software.

5) Once I got everything the way I wanted it, I defragmented.

(It brought over the "C:\" and "System" partitions only. Not the "Recovery" partition.)

7) Removed the 500GB HDD and put the 120GB SSD as the primary (Disc 0). Booted up and changed all necessary settings, for the benefit of the SSD's Performance & Longevity.

😎 Finally, used Norton Ghost to make a Backup Image of the entire disc.