I have three HP units. Z210, compaq pro 6300 & Compaq 8200 elite desktops. All have the latest HPSA installed 8.8.24.33. Everything has been working well for many years, in fact I have been quite impressed with the previous firmware and bios updates that were taken care of without any fuss.

I notice that the 8200 has a message in HPSA that there is a ROM firmware update and two drivers for the 6300, with NO mention of this on the HPSA of the 6300 itself.

So there is a wire crossed somewhere there within HPSA..?!?

Ignoring the mixed messages, I am unable to install the update on either the 8200 or 6300 because HPSA says that I need to login on that machine to complete the installation. I usually operate the 6300 & 8200 through windows remote desktop, have done for many years, but I closed the RDP and I am physically logged into the machines..

What is going on and how to sort it out and more importantly how to update the units with the correct updates.?????

I have uninstalled HPSA on one machine and reinstalled, but no diff.. 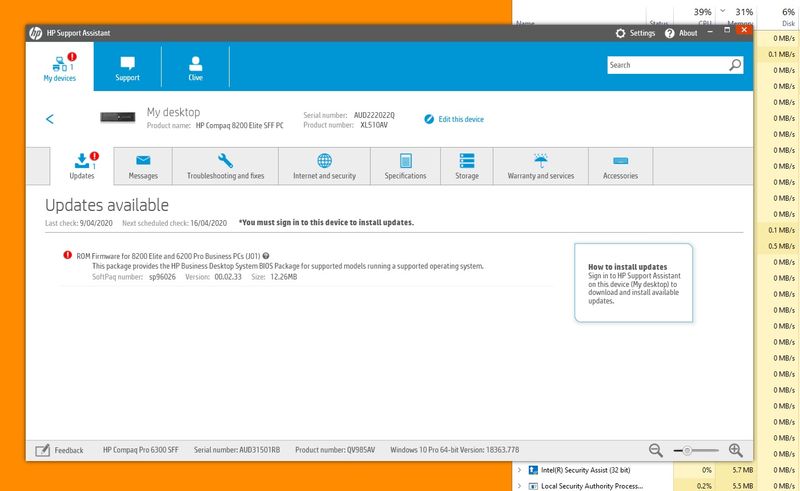