I'm using a computer (Windows 7 Professional 32-bit version) with two monitors (the second one is now the HP 21kd).

I recently got a new second monitor after my previous one died. After plugging it in, I noticed that the 21kd had this strange white film/fog layer covering the display, something that none of my previous monitors had. I installed the drivers (both disk and from internet, just in case), used the new VGA cable that came with the monitor, and for the past few days I tried adjusting the brightness, contrast, colors, etc., but none of them got rid of the white layer.

I also noticed that the bottom of the display is brighter than the top, possibly something about the gradient. Making it the main display didn't fix it, nor plugging the new power cable for the monitor directly to a wall socket.

I've searched for possible solutions, which lead me to think it's either related to something about the driver, or the monitor's compatibility with my video card or system, or something about the display's backlight, or that it's simply something that lower-cost LED displays tend to have (my first and old second monitors are LCD), or something else. So I came here to see if there's anything I could do to solve this issue.

The pictures should at least give an idea of the issue: 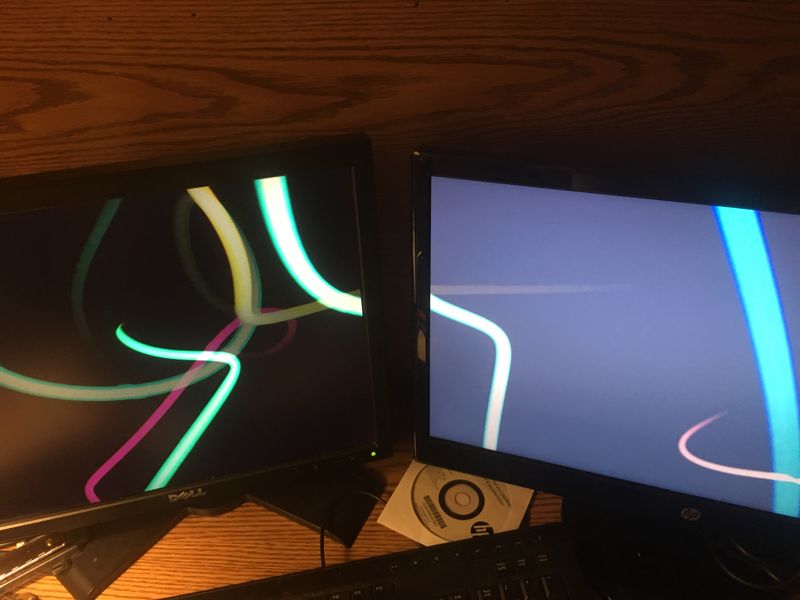 The white film still shows up on the HP 21kd even if I crank the brightness down to zero: 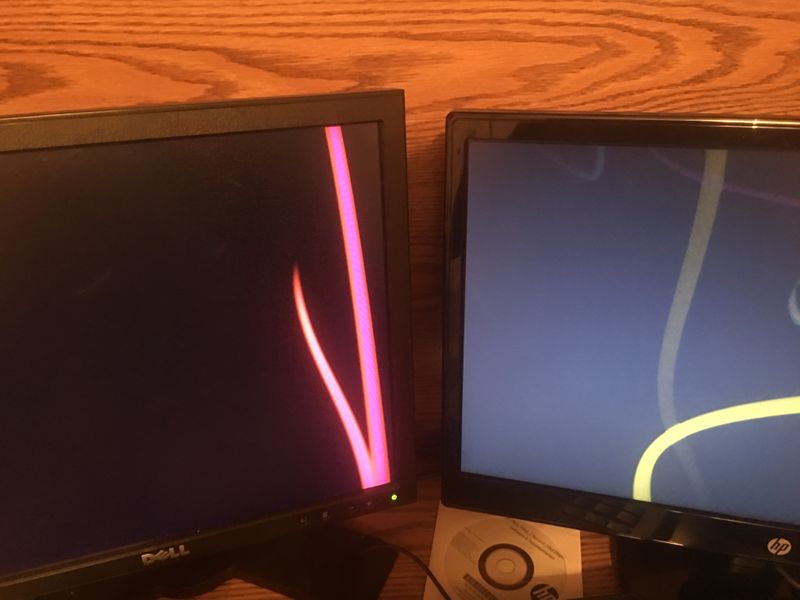 Decreasing the blue light emitting from the display reduces the blue light exposure to your eyes. HP computers provide a setting to reduce blue light output and create a more relaxing and less stimulating image while you read content on the screen.

To adjust your monitor to a comfortable viewing light, follow the steps below.

To adjust the blue light output from the display:

Also, not all monitors share the same visibility, so it would be incorrect to compare two monitors unless they are both of the same model and one is brighter than the other.

I hope that answers your query,

If it did, simply select "Accept as solution", to help the community grow,

And if you wish to thank us for our efforts, click on the thumbs up for kudos.

Have a great day ahead.