Dead Computer/Is it worth it?

I just use this strictly to play games off line. Unit won;t turn on and all I get is a pulsing green light in the back. I removed the power supply and tested it and it appears to be good.  I did the simple tries, like disconnecting the power plug and holding the on/off switch in 10 secs and also the voltage selection swith back and forth a couple of times. Then I jumped the green and black wires on the connector that goes to the mothere board from the power supply (out of the unit) and the fan went on and the green light went on steady. Although it appears there might be something in the plug receptacle that is going bad, since the green light went off and when I jiggled the plug it went back on. So, I put everything back together, plugged it in and I'm back to the blinking green light and thinking about that plug receptacle malfunctioning I tried to jiggel and it didn't do any good. Leads me to believe that there is something bad beyond the power supply. Any suggestions? Thanks

HP Recommended
> Product Name: Presario SR1303SW
> Operating System: Microsoft Windows XP
Microsoft stopped support of Windows XP in April 2014 -- almost 3 years ago.
That alone is enough for me to suggest that you "responsibly recycle" the hardware.
Is there a local computer store that leases computers to various companies?
When those leases (typically 3 years) end, the store sells those 3-year-old computers (usually running Windows 7)  at a low price to "bargain-hunters".
Obviously, the store either can recycle those "off-lease" systems, or can sell them at a large discount, to recapture at least some of the "value".
Or, check those "big-box" electronics stores, and especially their web-sites, for "refurbished" computers,
i.e., computers that have been sold to a customer, then broke, and were returned to the manufacturer, fixed-up, and sold (wholesale) to those stores, for a "retail" sale, at a discount.
Example: $110 US at: http://www.bestbuy.com/site/hp-refurbished-compaq-desktop-intel-core-2-duo-4gb-memory-silver/5506912.p?skuId=5506912
It includes a keyboard & a mouse, and runs Windows 7 Professional.
Was this reply helpful? Yes No 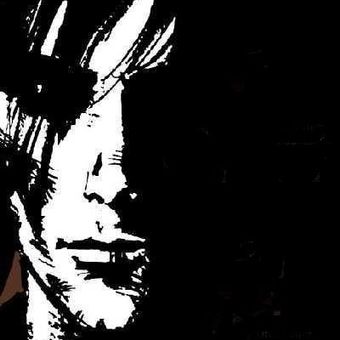 Personally I still suspect the power supply but I wouldn't spend more than the cost of a new budget PSU or better yet maybe you have a known good PSU that you could swap out temporarily.

It should still run a Linux distro fine if you want to dabble with it and you might even be able to run your games if you use 'Wine'.

If you found my answer helpful please say thanks by clicking on the Thumb's Up icon.
If my answer solved your problem please mark it as the Accepted Solution. Thanks!

I did take the PS out and did the simple test of joining the live (green) and ground (black) wires with a papet clip  and the fan ran and the green light stayed on. With that done, I put it back together and got the blinking light again and fan off.  I realize that the simple test is without a load, so it could still be a bad PS when it is fully hooked up.  I am assumimng that if the PS does turn out to be good then the motherboard might be an issue and in that case it's goodby computer.

Yes, you are correct that testing the PSU without a load may give a false result. If the PSU is not producing the correct voltages at boot it will not send the 'power good' signal to the processor.

If the PSU turns out to be fine you are correct that it is likely another core component that wouldn't be worth replacing. So I guess it comes down to whether you think it's worth the cost/risk of a new PSU and as I already mentioned it should make a fine Linux machine [I like Linux Mint] if you wanted to keep using it.

If you found my answer helpful please say thanks by clicking on the Thumb's Up icon.
If my answer solved your problem please mark it as the Accepted Solution. Thanks!

I'm all years about the Lius MInt. This is my bro in law's machine and I don't thing he wants to put out much for repairs, so how can I go about  taking this machine with a bad PS and turn it in to a Linus game playing machnine?

>  I don't think he wants to put out much for repairs, so how can I go about  taking this machine with a bad PS and turn it in to a Linux game-playing machine?

Above, some Other Person posted hyperlinks to "budget" power-supply units.

One version of Linux is found at: www.ubuntu.com

I don't know about its "game-playing"capabilities, but it certainly can do E-mail and web-browsing and music-playing, and it includes a suite of software that reads/writes Microsoft Word & Excel & PowerPoint files.

Download the software, burn it to a disk, and boot your computer from the disk.

If your PC meets the system requirements I recommend Ubuntu Linux for gaming because it's easier to install the 'Steam' gaming platform.

'Steam' has the latest games and a long list of "free to play games". Depending on your system specs and whether you have an integrated or a dedicated graphics card your old system likely will not play the newer games but may do fine with the free to play games.

But of course that all depends in the first place on whether you can get it up and running!

Linux isn't for everyone. Sometimes it requires a bit of tinkering or troubleshooting, depending on what it is you are trying to do [gaming]. But for 'normal' use like web browsing, email, word processing, music, vids, light online gaming, etc., it works fine right out of the box.