Hi, I have a question.

Thank you very much

The z620 first version has a maximum of 12 RAM slots, 8 on the motherbaord and 4 on the 2nd CPU riser board, supporting a maximum of 96GB RAM. To accomplish that means filling all slots with the maximum capacity 8GB modules.

A good amount of RAM is useful is you are working large files. The reason for the (failed) mixed RAM experiment was that the z420 for 3D modeling, having 32GB of DDR3-1866 but a particualr rendering had to be done on the z620 having 64GB of RAM as the rendering had a peak RAM use of 37.1GB.  It ran up to 100% CPU useage on all 32 threads.

The z620 seems choosy about the RAM so try and buy  using the HP specification.  I did this and still have had a fuss with intermittent "memory training failure" error messages.

As BambiBoomZ correctly states, the maximum amount of RAM for your dual CPU V1 system is 12 x 8GB (1600MHz) but there is also one other important aspect that can significantly influence RAM performance and that is your CPU(s).   Putting in faster CPU's will increase the effective speed of the RAM. This is better explained in the table below which shows my memory Passmark scores for various CPU configurations; 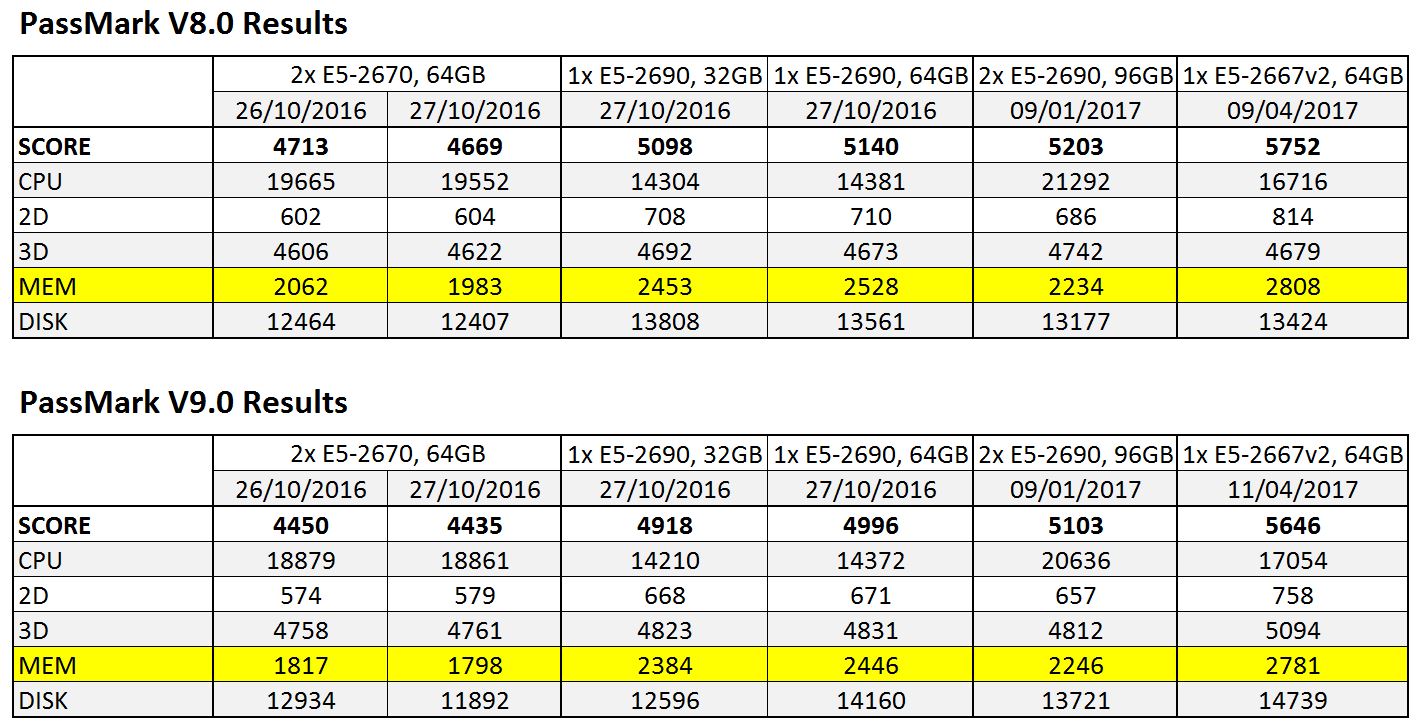 Since you are using 1600MHz ram I would suggest you ignore the last column in the tables. Ironically, memory speed drops when adding a second CPU which I assume is due to the 2 CPU's needing to synchronise, i.e. QPI links.