I have an HP 6305 Pro with an AMD A4-5300B processor. The processor has a feature called AMD turbo that causes it to automatically overclock itself. I would like to disable this feature (as my processor gets hot - sometimes even above the safe limit - when it goes into turbo), and have heard that the way to turn off turbo this is through the BIOS.

However, my computer's BIOS is extremely rudimentary, and doesn't have many options. It doesn't have any way to adjust processor settings or even to alter fan speed (other than one setting called "Fan Idle Mode"). I discovered all of this in my efforts to troubleshoot a series of BSODs I've been getting.

I've heard that some computers have a hidden BIOS menu with more options. One Internet video I saw claimed that the way to access this hidden menu is to press CTRL + F10 or CTRL + F11 instead of just F10 when booting up. However, I tried this (with both combinations), and was still not able to access any hidden advanced BIOS menu.

Does anyone know if the HP 6305 Pro's BIOS has a hidden menu, and if so, how to access it?

This isn't the same system that I have, but can you use AMD Overdrive in Windows. I know that AMD also allows CPU throttling in the high performance power settings - adjusting the percentages down should take care of any overheating issues. You can view status of heat in overdrive?

I am an HP employee expressing my own opinion.
Please post rather than send me a message. It's good for the community and I might not be able to get back quickly. - Thank you.
0 Kudos

Would the throttling setting in AMD Overdrive just do the same thing that my Windows Power Options setting does (throttling it down to 3.0 GHz instead of just 3.4)?

I have Catalyst Control Center, and its throttling options don't do the trick. Its default setting is 3.4 Ghz, but leaving it on that setting doesn't disable turbo, and my CPU still often hits 3.6 Ghz with that setting selected. And the next lower setting is 3.0 Ghz, which works, but only allows me to use 3.0 Ghz instead of 3.4.

Also, would it even be safe to install AMD Overdrive on my system? I've been trying to discover the source of some random BSODs lately, and am therefore leery of anything that could cause system instability. (You can read more about that at this link.)

It wouldn't hurt anything to install overdrive - it's just software that monitors and allow you easier access to some of the stuff you are trying to do. Try installing it to see if it s compatible. It's something you can try. I believe you click the little green button at the top of the overdrive window to disable or enable turbo.

I am an HP employee expressing my own opinion.
Please post rather than send me a message. It's good for the community and I might not be able to get back quickly. - Thank you.
0 Kudos

I installed AMD Overdrive, and disabled turbo in it. That seemed to work, but I have two new issues.

First of all, the settings only work until I restart my computer. When my computer starts back up, turbo is enabled again. 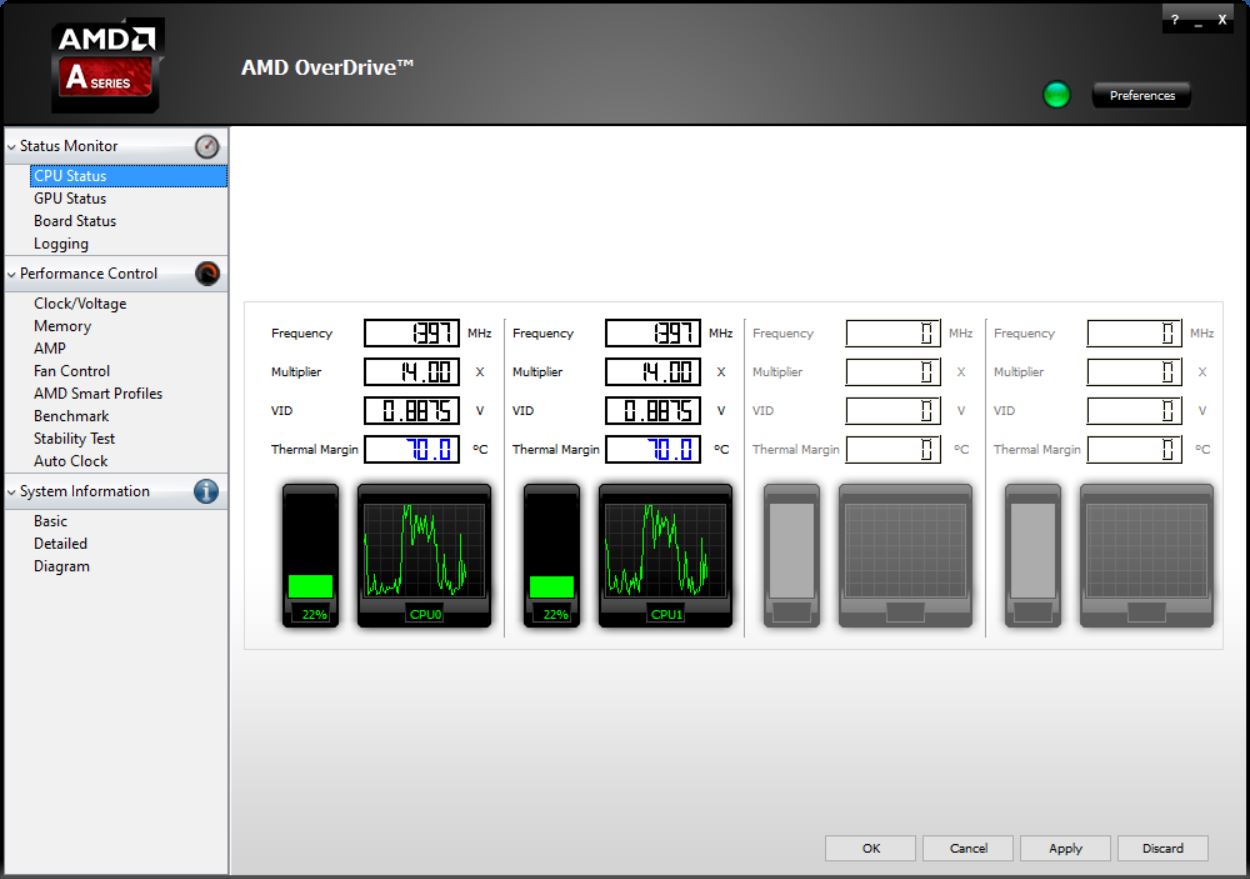