Has anyone had any luck getting non-HP-issued HyperX RGP XMP 3200 dimms to work properly?

So, I'm feeling pretty disappointed with my choice to buy an Omen 30L desktop at this point. HP banged the drum in their promotional material about upgradability, and even went as far as to advertise the RAM that ships with the machine as HyperX RGB XMP 3200. A reasonable person, in the legal sense, who is a gamer and is familiar with gaming computer components would assume that the RAM advertised is what one would get. Instead it seems that I (we on doing some reading) have been saddled with some HP-Kinsgston collusion copy, that looks identical, but doesn't even run on XMP and has horrible latency in comparison to its off-the-shelf component.

I learned all of this when today I decided that I'd add another 16gb of RAM to the machine, and went and purchased what looked like an identical kit of 8gb x 2 HyperX RGB XMP 3200 from my local parts supplier. To my horror, I found that when I installed it all of the RAM dropped to 2400, and there doesn't seem to be a single option available to me to manually set the latencies and speeds and get them all working properly. On doing further reading, it seems that HP is supplying 'special' RAM that runs at 3200 if it is recognised as the 'special' sort. It's then that I noticed that the latency numbers were way off the standard bought HyperX RGB XMP 3200. If these were advertised, I would have thought twice (but why would I even assume that they were using some other version of it?).

There are several problems here, that in my view amount to false advertising and anti-competitive behaviour. Both of which are taken very seriously in my home country of Australia.

1) The RAM advertised with the machine is presented as HyperX RGB XMP 3200, and a reasonable person would therefore expect it to be running at 3200 as a consequence of XMP mode, and that the latencies one should expect from the RAM are in line with what can be purchased elsewhere. This is not the case - XMP isn't even usable on this machine. This is misleading conduct on the part of HP. Note that the Omen software actually even tells you that it is running at 3200 as a result of XMP: 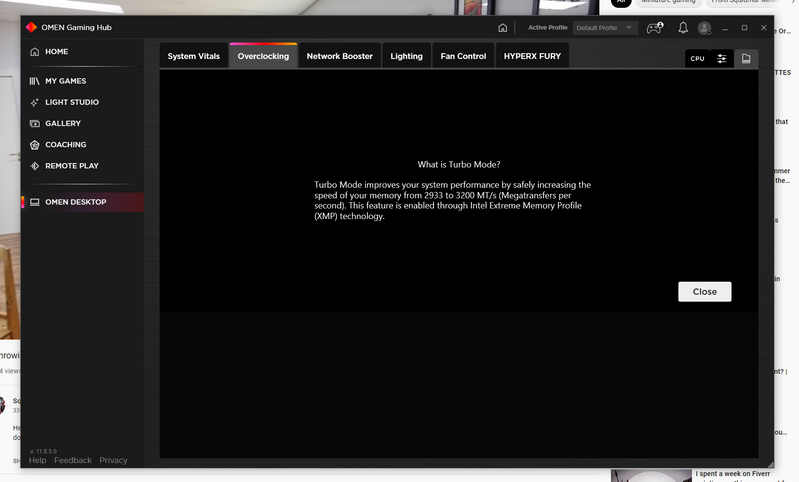 Yet when you look at the latency for the RAM when it is running at 3200, it is very clear that it is not XMP. It is in fact a JEDEC setting: 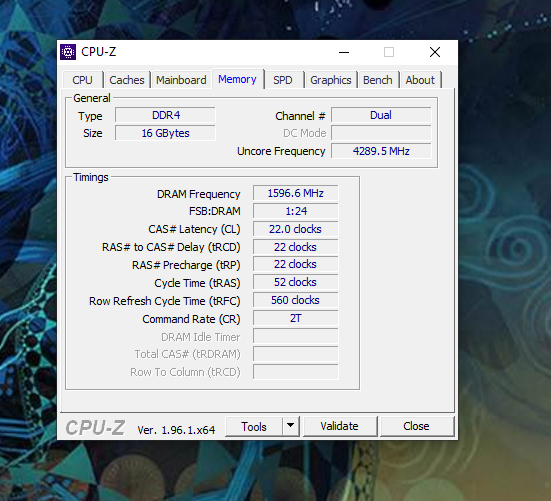 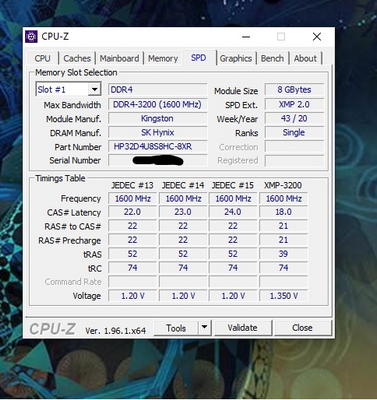 2) The machines are advertised as being upgrade-friendly, and this is done so in the context of the machine featuring a number of noteworthy non-HP parts, including components from Cooler Master. It is therefore misleading if the machine can only be upgraded with HP-specific parts, as nowhere was this stated in the specifications of the machine. HP have presented the machine as being upgradable in the usual sense of that word for a gaming consumer, and this is a false representation of the product.

3) On looking at the memory upgrade section of the site associated with the motherboard (https://support.hp.com/us-en/document/c06633863), it states that the motherboard can support up to DDR4-3200. It does not state that only HP-supplied RAM can achieve this speed. This is dishonest.

4) Assuming that HP has engineered the RAM to only work optimally when it is supplied by HP, this when combined with the misrepresentation of the RAM as HyperX RGB XMP 3200 leads to a situation where a consumer is led to believe that they have upgrade options, where in fact they are boxed in to buying from HP. This is anti-competitive behaviour.

As you can all see, I feel as though HP have hoodwinked me, and now when I look at this fairly nice-looking machine on my desk, I don't see inspiration to use it and play games. I see a company who has sold me snake oil. Needless to say, I'm not happy. I've reached out to HP support to see if there's anything that can be done.

These things aside, has anyone had any luck getting other dimms to work properly alongside those supplied? The ones I have look 100% identical (but obviously aren't). I have tried the Intel XTU tool, but have not been able to achieve anything with this. The memory option doesn't show up. I also can't find any safe locations to download previous versions that people state have worked for this.

Just a fun game for you all, can you tell which dimms are HP's and which are the ones I bought from the store? No? I can't either... 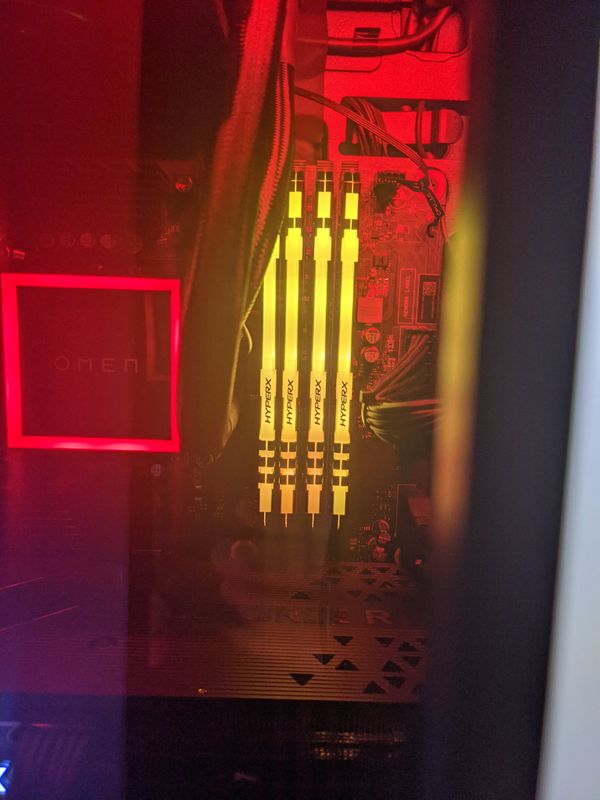 You need to get the right part # and order from HP. Using RAM from other vendors won't work

With all due respect, that doesn't actually resolve any of the issues I have identified.

HP are misleading their customers. Pure and simple. I have already bought RAM that should work fine based on all of the product information that has been provided. Nowhere does it say that RAM will only work at the right speed if it is bought directly from HP. On the contrary, the upgrade information for the 8703 motherboard states that DDR4-3200 is supported, and Omen products are advertised with upgradeability as a feature. No reasonable person would take this to mean 'only with HP-issued parts', especially when the parts it sells with are blatantly promoted as gaming-industry standard parts that are well known. HP don't get to throw about words like 'HyperX XMP' and use them to sucker buyers, and then offer them none of the benefits that were indicated.

Here in Australia this is considered false and misleading conduct, and can be subject to sanction by the Australian Competition and Consumer Commission. This is no joke - I will not put up with a company lying to me, and then expecting me to hand over more money to them. If I knew that this is what they were playing at, I wouldn't have bought from them in the first place.

Further, even if I wanted to buy more sticks of this RAM, I haven't been able to even locate HP32D4U8S8HC-8XR in their parts store. I'm not entirely sure it can be purchased separately.