I am considering purchasing the Omen X desktop with an Intel 7700k processor.  I am given four heatsink options, two air cooled and two water cooled.  The two air cooled options are marked out due to the processor which I understand.  This leaves me with the "Jet Black; Liquid Cooling Solution" or the "ID JTB STL+PLA Water w/Clear Cover" option for $100 more.   Does anyone have any idea what in the world an ID JTB STL PLA is?  I attempted to contact HP Customer Support - Sales, but the rep was unable to assist me at all.  Instead they kept telling me generic statements such as, "Computers need cooling because they get hot."  I realize the rep did not know it, but I have worked in IT for half of my life and have built numerous systems.  I simply want to know what the ID JTB STL PLA is because if it means it is an upgraded cooler that has a larger radiator/fan or even just looks cooler, I may be interested in opting for it.

For reference, here is the link to the system I am trying to purchase:

Thanks for the reply.  I definitely want to go with water cooling on the 7700K even if the Z170 board HP is using isn't the best for overclocking.  Matter of fact I want the largest/best water cooler that HP offers, within reason, which is why I am interested in this upgraded option.  The "clear cover" part you mention did throw me off.  I have not seen any videos, reviews, or pictures which feature a windowed side for the X case and even if this were an option for a windowed case I am not sure why they would put that option under heatsinks.  I would think maybe it is clear tubing for the lines between the block and radiator but the "clear cover" option is listed for the air cooler as well.  I know I could potentially save some money and build a more future-proof system (Z270 and faster RAM) myself but for some reason I am attracted to the Omen X.

Edit: The more I think about it, I think you're right.  I think this is merely the windowed side panel.

So this option is basically the omen watercooler you'd normally get but with a side panel with a window for the case aswell?

Also, I support your choice llamuh on buying a PC the way you did. I love Voodoo PC

s but it's unfortunate that HP owns VoodooPC now (imo HP should stay away from the gaming side of the computer world) but at the very least they're creating some decent stuff with it. It seems that they're slowly improving on Omen products too which is good. I ordered my Omen X before they decided to "fix" their screw up with the lack of overclocking on Omen PCs or the Omen X in particular. (By fix I mean, any new Omen desktop PC from now on will have BIOS overclocking vs crappy limited Intel XTU software based OC'ing. Any Omen desktop before their new Omen X's and new Omen desktop are left to rot essentially).

Turns out it is what I thought it was. So yes, the "ID JTB STL+PLA Water w/Clear Cover" is literally the standard Asetek Liquid cooler (with Voodoo logo) but also comes with the side panel window for the case. I was able to confirm this via a semi recent YouTube video someone uploaded showing off their Omen X.

Here is a screenshot of what the cooler and window side panel looks like. 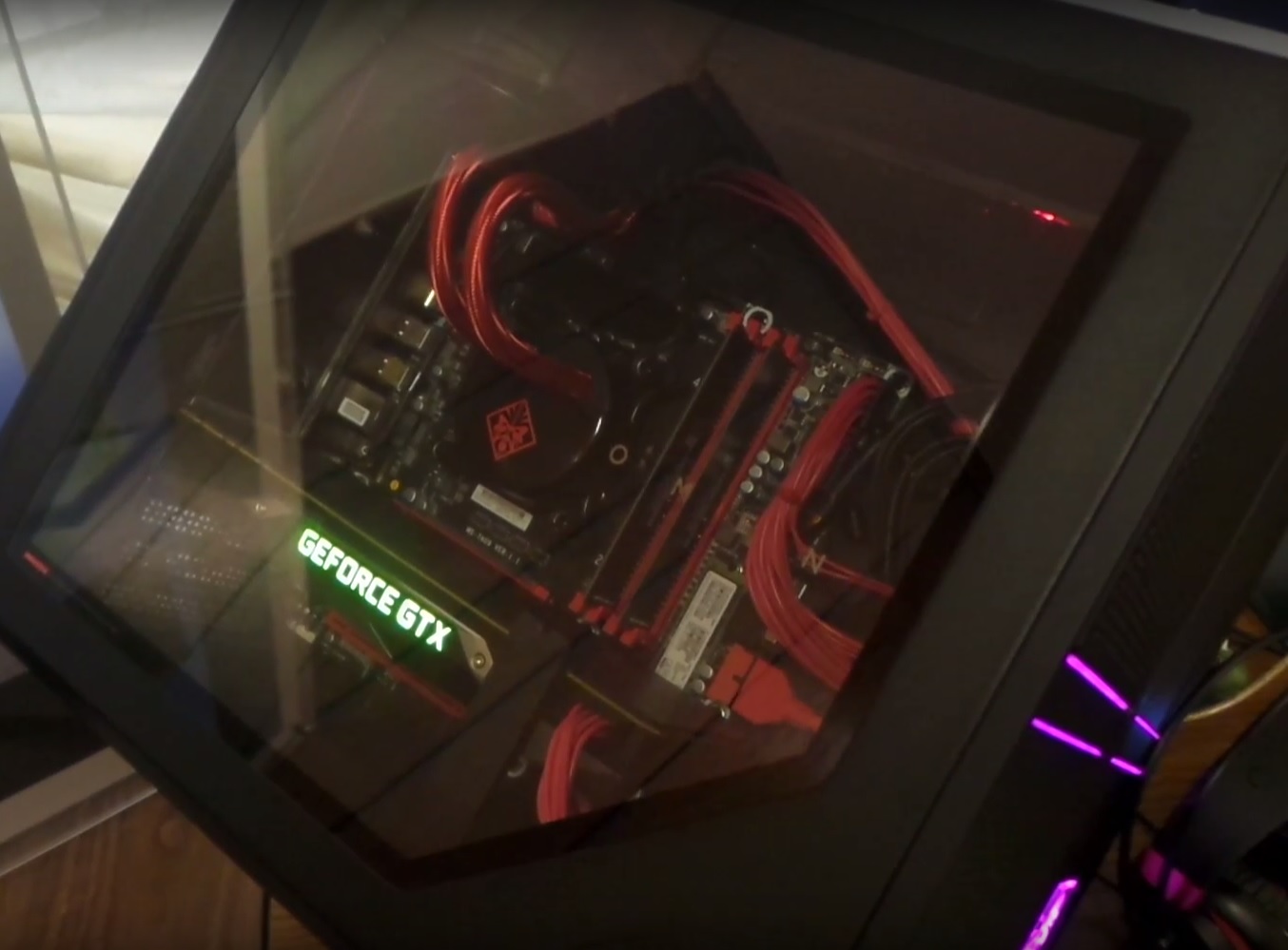