Whenever I start the just downloaded latest Edge (which has the same engine as Chrome) or Crome the whole PC freezes after a few seconds and a red LED is steady on the motherboard. The HP Hamburg motherboard reference manual does not state what this led means, does anyone know? It is close to the bottom of Dram, one corner of the CPU and video card slot. This happens even booting a separate Windows with Win2USB so does not seem to be related to the Windows installation on the primary M2 flash drive which came with the motherboard. Uninstalling Nvidia drivers from the win2usb Windows 10 64 bit home german (the same as the one which came with the machine) installation and running with Microsoft basic drivers results in other errors and blue screens after a while one has logged in (we tested this on the usb based windows). The 12 hours long BIOS test (blue screen symptom test) did not show any issues. BIOS Based video memory check runing for 40 minutes 1 iteration is ok. Running with an user in admin mode. Also tried refreshing the installed windows preserving data, no improvment and now a program called HP jumpstart is missing and we do not know where to download it.

It does not happen when using msconfig to run a minimal safe mode not sure if somehow video card related but why the red led then? Video card is original HP Nvidia GEFORCE GTX 1080. CPU is i9 with original water cooling.  Does anyone know what that red led means and how to get rid of these errors? Does anyone know where to get a copy of the HP Jumpstart?

I would like to have you try using Firefox.  You should uninstall Chrome and Edge completely and install Firefox latest version:  https://www.mozilla.org/en-US/firefox/new/

If it works properly, we will know that it is a problem with Chrome and Edge.  If it doesn't work, we will know it could possibly be a failing component or software conflicts.  At any rate, it is a good start.

Thanks - Waterfox (=64 bit Firefox) works on the same machine and so does the old IE.

Chrome used to work flawlessly as well though.

We now even saw the red light on the motherboard at boot time once.

In the bios there are numeric boot logs but we do not know what they mean as they are undocumented eg. i was not able to find anything about them.

We did a factory image restore deleting and reinstalling completely windows and after the edge upgrade we got blue screen of deaths with interrupt (stop 0a) errors. Also the first USB port stopped working (device manager says disabled because it had an issue) resulting in lack of mouse until reboot. All other usb devices are unplugged (logitech camera) or turned off (logitech speakers with external power supply).

So I do not think it is software as issues continue to persist even with the fresh factory image. Reimaging again from hp cloud recovery usb boot stick at the moment. I filed a case with HP and am awaiting for them to hopefully be able to explain what that light on the motherboard means. I might be stating the obvious but just to clarify the red light only is on when the machine freezes. 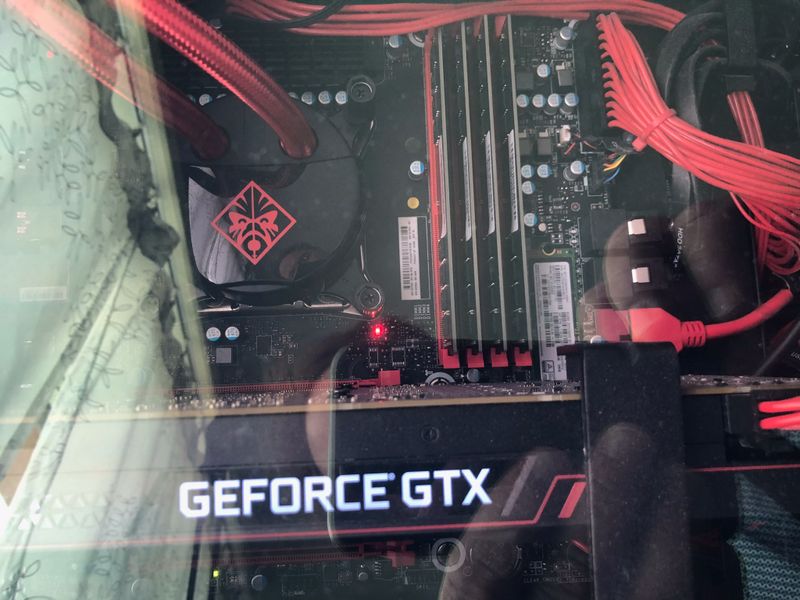 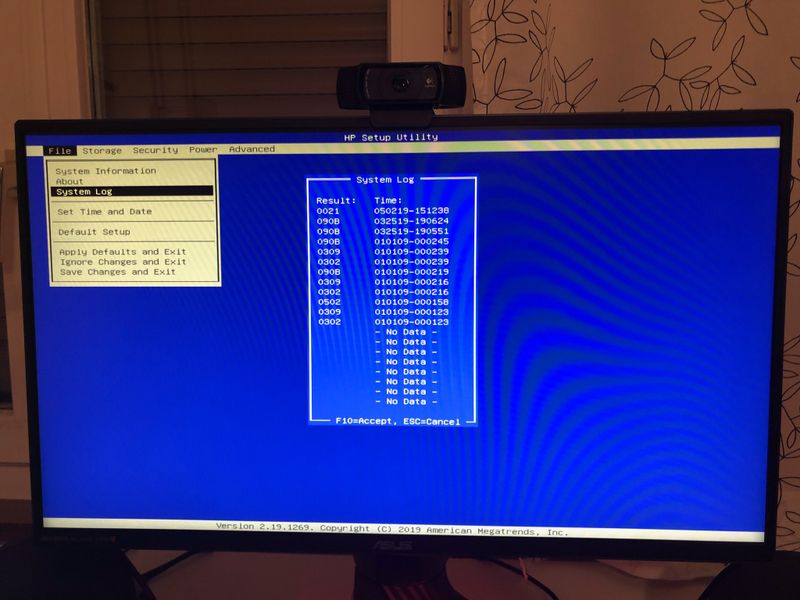 You are welcome, @stil2702!  Thank you for the additional information.

I believe that you are doing the correct thing by contacting HP.  They will know what the codes are telling you and what the light means, also.  The one component that I suspect is the power supply unit (PSU).  If failing, it can cause things to happen that you would not expect to be power related.  One of those things is a computer freezing for apparently no reason.

I would appreciate hearing what HP Support has to say about the situation!