This time I exchanged PSU from original 600W “Silver” however this turns out to be 520Watt PSU to a proper PSU Corsair TX 850M GOLD.
I also exchanged the original 32 Gb high latency DDR4 for more gaming low latency orientated Corsair DDR4 3000 Vengeance LED.
Now the ram upgrade wasn’t that much of a crucial upgrade as other than having slight feeling of more responsiveness the performance in games didn’t drastically change if at all , however visually it is an candy 🙂 .
The original 32 GB was overkill and absolutely unnecessary as I never saw anything passing 12GB and that very rarely in all day work and gaming (4K)

The PSU upgrade was the real deal here and a great benefit as now Im able to run the system stable at 4.6 Ghz on my I7 6700K and also my RTX2080 is more prone to higher OC settings as before. The original PSU isn’t that bad by it self but it was advertised as 600W when in fact it is 520W and with a warning “should not exceed 600W” With all I have hooked on my Omen with OC settings and the RTX 2080 I surpass that limit by far I noticed that and I had to act.

I’m building gaming rigs for more then 20years now and I can tell you the OMEN X case is the worst case I have ever working on , it’s a NIGHTMARE special when you exchange PSU . Basically 80% of the machine had to be dismantled all removable panels including the front LED panel.
However that gave me opportunity to properly clean the case form inside, the fans and everything else.

The new PSU fits perfectly inside the case and as it is semi-modular, I could spare some cables which is far better then the big freaking mess of red cables in the PSU chamber before.

The Corsair Vengeance LED 3000 works really nice but due to Motherboard / CPU limitations I’m not able to run the RAM higher then 2533.333 but because of that I could go with even lower latency settings however that doesn’t really bother me at all .
XTU does see the XMP profiles but once selected they doesn’t work so I had to set everything manually to get the best ram settings .

The new upgrades allowed me to run 4.7Ghz but the existing OMEN Liquid cooling solution isn’t good enough so I’m absolutely positive if I exchange that I would be able to run even at 4.7 if not 4.8 with a better liquid cooling system. Maybe I do  that in due time or I go for even wider upgrade and exchange the motherboard it self and cpu .

So for all of you here a little insight in case you want to upgrade your existing 6th gen Omen X900 with some new tech ..it works 😊 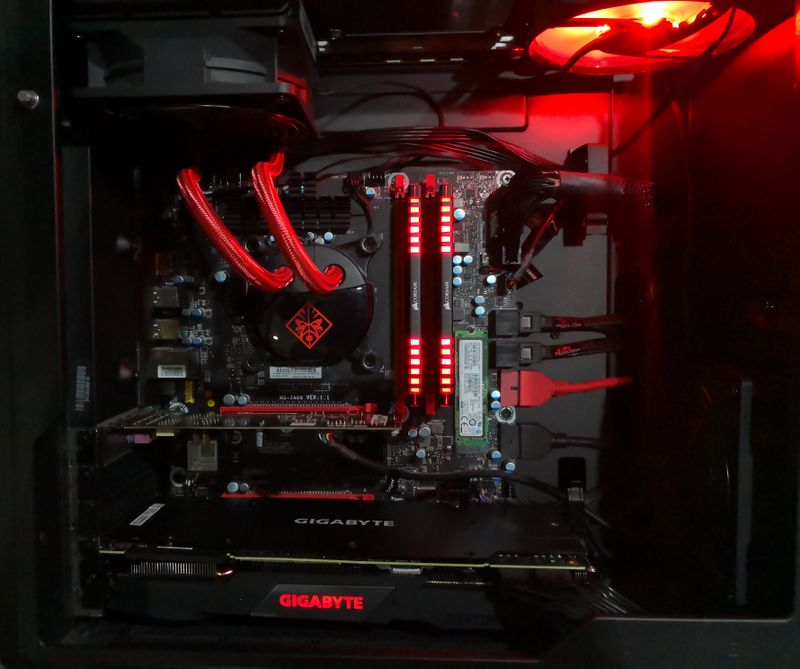 @Darko71, thank you for the nice write-up.  It will no doubt give some of the members with an Omen X good information.  Also, nice build.

I agree with your choice of a MSI motherboard.  I am going to build a new gaming PC in the near future.  I have chosen the MSI MEG ACE motherboard and the i7-9700K.  Everything that I have read says that for gaming, key word, the 9700K is equal to or better than the 9900K.  If you are doing streaming or other processor intensive tasks, the 9900K with hyper-threading will be most needed.

I have never worked on this chassis.

How is the cable management behind the MB tray? Your wiring looks very tidy.

It looks like a 240 mm rad may work on top but how is the clearance for fans and the radiator? It is hard to tell from the image. I see a spot in between the AIO Rad/fan and the top front RGB fan. Are the top fans/rad 120 mm? Can you do a 360 mm rad in there?

Two last questions, are the front panel I/O and LED connectors standard or has HP used proprietary connections to the MB?

Is HP using standard uATX MB tray standoff positions to attach a uATX MB?  Again, it is difficult to see this on the image.

120mm only, go bigger and they won’t fit anywhere, you can place 3 x 120mm on top or any cooling system that has standard 3 x120mm spacing design.
Behind the motherboard it is very tight to work and you realy have to put extra effort to get the cabling organized , there is holding points where you can attach cables or secure them, there are few of them actually , like I said although the case looks big and spacious once you are in the back side and start working on it you’ll see how difficult it is to work in the chambers
The front LED panel has a cable that looks like standard internal 10 pin USB plug and it has a dedicated connection point on the motherboard  where is written PANEL I don’t know for sure if it is actually an USB device or something hp "specific" , that connection point looks like standard USB port reserved for the front led panel . That cable is actually a pass through cable from motherboard out of the front of the chaise ending with a female connection point where you connect the led panel.

Standard microATX spacing and hardpoints so any should fit (24x24)  , the panel holding the mbo is removable then you fix the mobo on that panel then the panell with only 2 screws inside the case .

I did what I believe the last SYSTM upgrade on my OMEN after this point there is no room for any sort of further upgrade on existing original hp motherboard and I76700K CPU based system.

I exchanged the original Liquid cooling with this :
https://www.corsair.com/eu/en/Categories/Products/Liquid-Cooling/Hydro-Series-H100x-High-Performance...

Maybe this can answer your question regarding the size , but you are always limited to 120mm design and I belive having 3 x 120mm spacing design you won’t be able to fit the RAD inside and limitations is the front and rear side panel .
Even this one I couldn’t fit to match all the holes as I wanted to because I couldn’t fit the rad inside as it was obscured by the rear or front panel leaving me with 2 options

2.do nothing and fix the rad with 2 screws central and not doing any damage to the case which I opted for .
I was able to fasten the rad tight and secure which was good enough for me  so here a couple of pictures for you . Maybe you can figure out what you wanted to know: 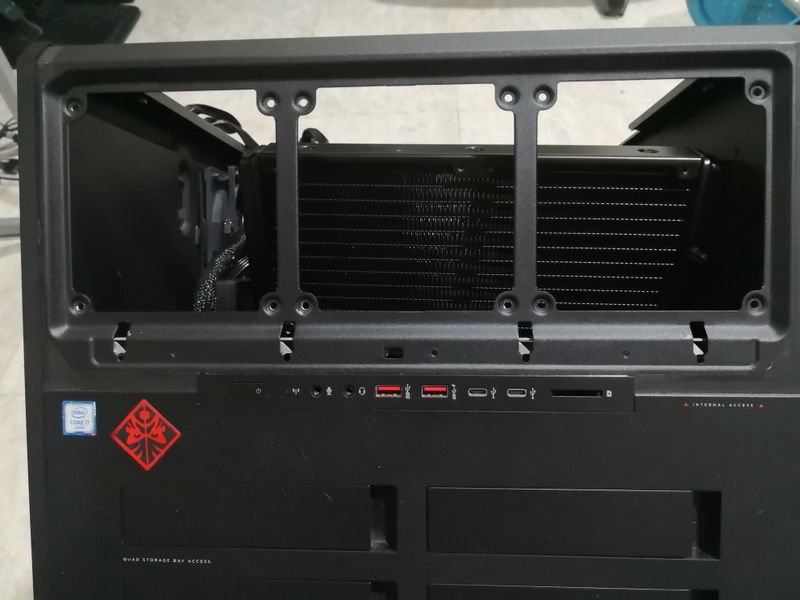 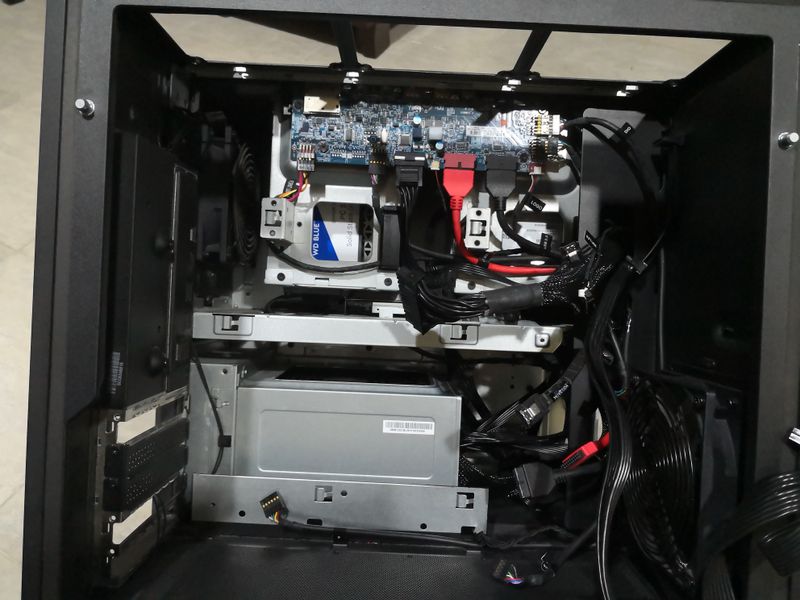 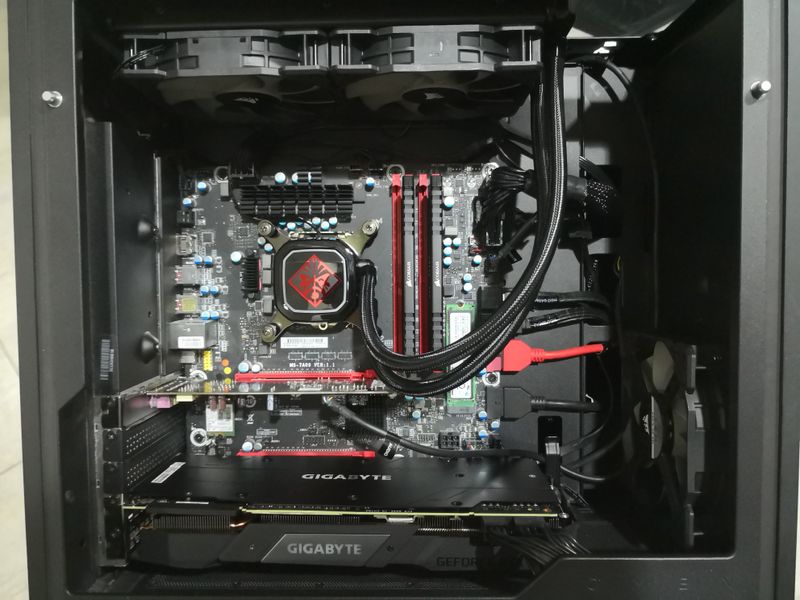 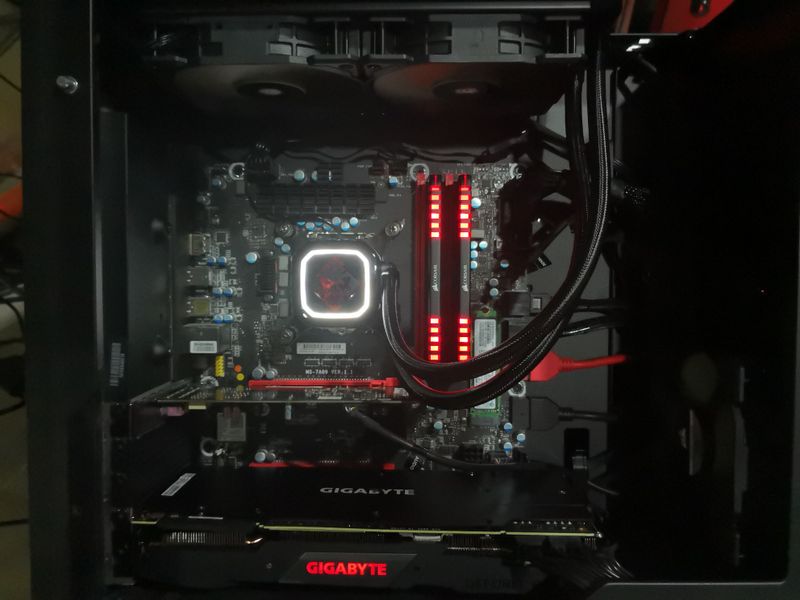 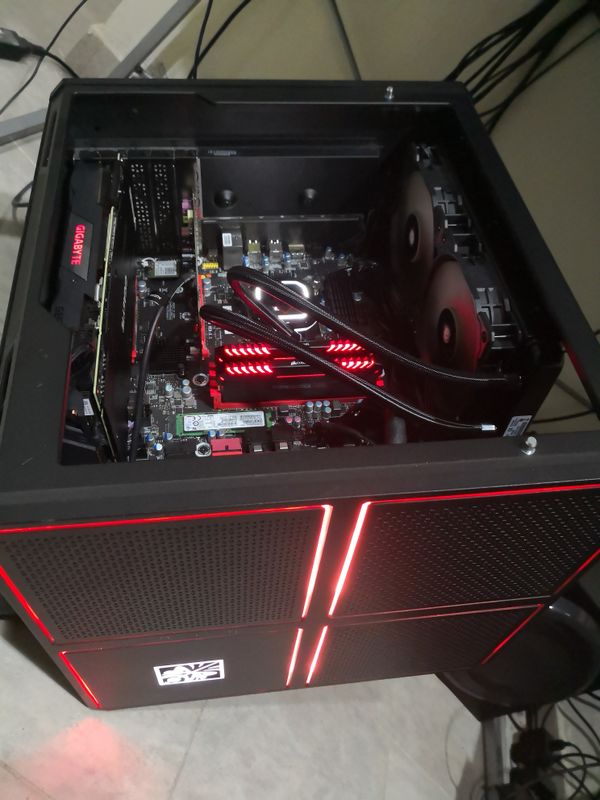 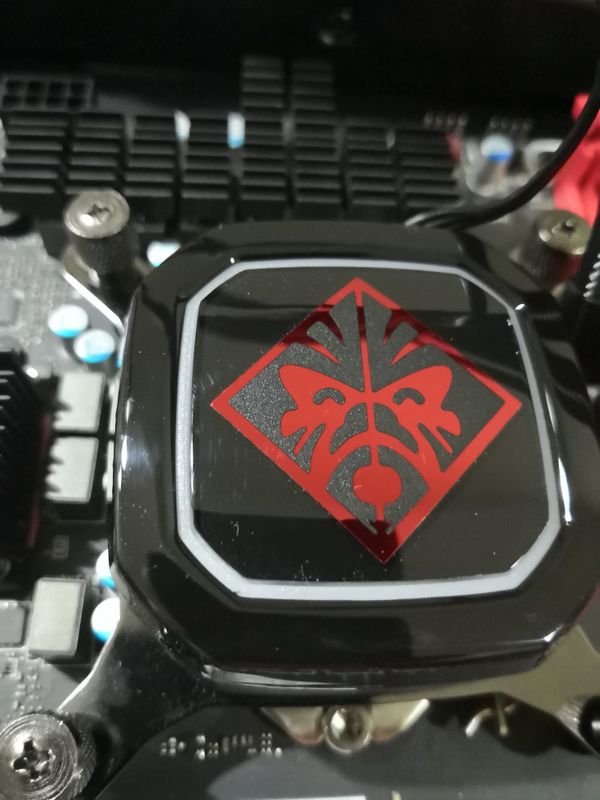 as final what did this all bring to me ?

much cooler and more silent system ,temp never gose above 77c on CPU at 4.7

the whole system is much cooler

better OC ability on my RTX2080 due to the 850W wich alos increased system stability and power on CPU
all games run much faster and stable on 4K, aprox raw 25 in some cases even more FPS increase in every game (only CPU boost)

Finaly got the OMEN to perform as I want it too , for a SKYLAKE system Im more then happy with achived .

So dare to say it is now a CORSAIR OMEN machine 😉

ah! yes Im working toward to get my hands on this omen CLEAR side , contacted my local HP dealer but ..somehow they wasnt very helpful ..I provided every single information I found , hp part number and stuff however the hp representative wasnt very..let say "engagieing'  ..something like ..send us an email and will see wht can we do ??  so I did buit so far I didnt recive any answer . 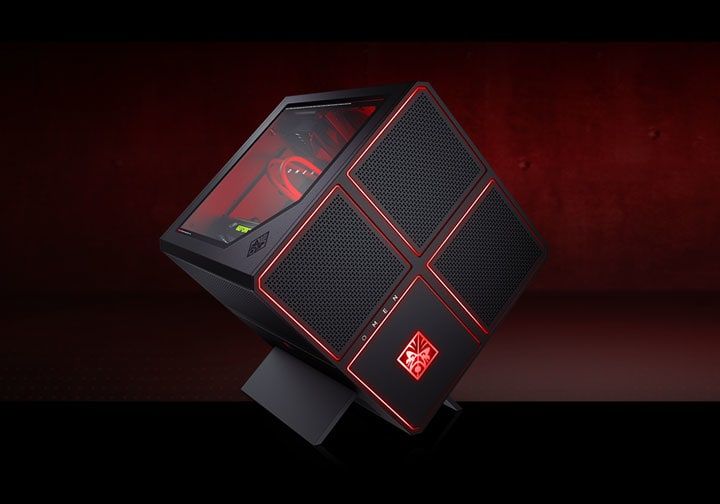